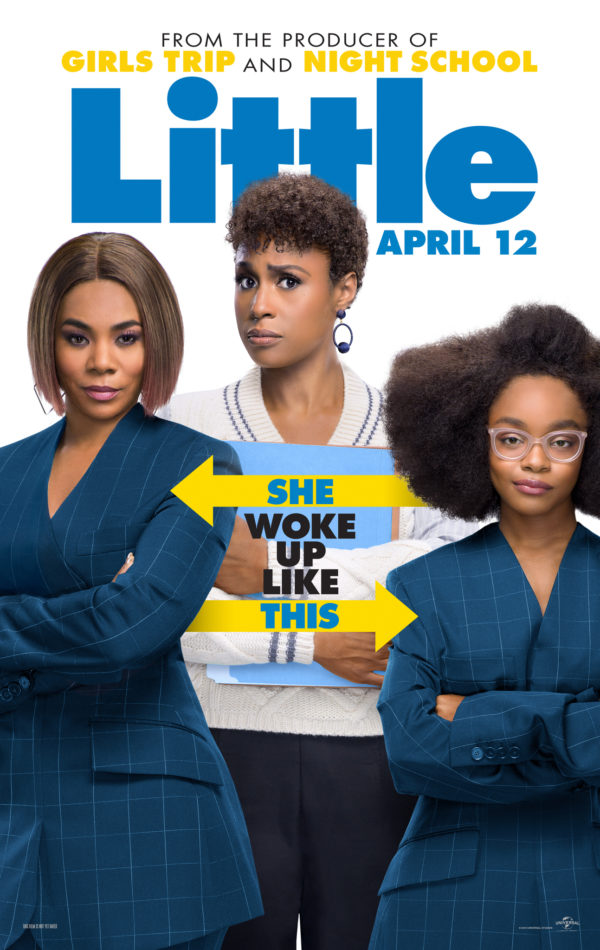 A ruthless tech mogul (Regina Hall) transforms into a child version of herself (Marsai Martin) overnight, and it’s up to her assistant April (Issa Rae) to help her switch back. 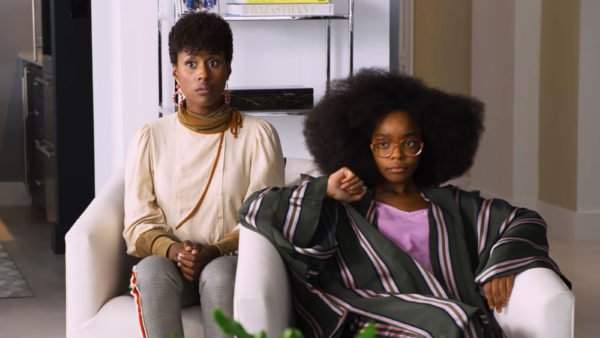 No matter your feelings on the film Little, the success story of 14-year-old executive producer and star Marsai Martin is impressive on its own. At the age of ten, Martin pitched her modern spin on Big to Universal Pictures in hopes to create work for young women like herself. While Marsai Martin found success on the hit television show Black-ish, there are not too many other roles for young black women in Hollywood, so she set out to change that.

Here we are four years after that pitch, and Little is hitting cinemas with Martin leading the charge. From her own company Genius Productions and the hitmaker behind films like Night School and Girls Trip Will Packer, the new comedy film is going to be a massive success despite its pint-sized star. 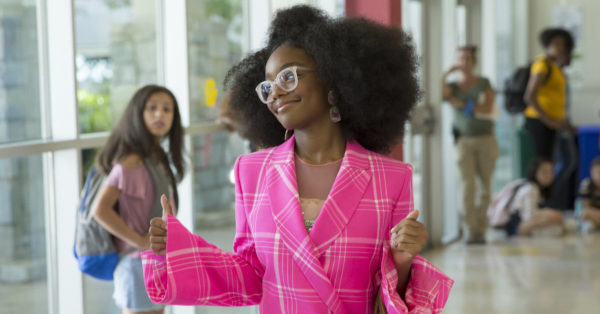 Little follows the story of a successful but brutal tech mogul Jordan Sanders and her assistant April Williams as they try to save Sanders’ company. It doesn’t help that Sanders wakes up as a teenage version of herself in a flip of the trope we’ve seen in films like Big and the recent Shazam.

Even with its charm and amazing production story, Little is still a mixed bag in terms of quality. There are more hit moments in the movie than misses, but some issues bring the film down. For one, the pacing feels a bit strange with the second act dragging its feet to the predictable finale. While this reviewer can’t pinpoint if its the familiarity to this plot – something you’ve seen in Big or Freaky Friday – or just the actual script and editing feeling off, but there’s a point during Little where you just begin to feel a little bored while you wait for everything to be wrapped up in a cute bow.

The production of the film – cinematography, lighting, editing, score/soundtrack – are all fairly standard for the genre as well. Most comedies come with the same standard even lighting and competent, yet uninspired camera work. It’s not Little’s duty to change things up, but it doesn’t do anything to elevate the already worn territory. If you look at Girls Trip or What Men Want from Will Packer Productions, the look doesn’t change. You can take random stills from any of the movies and struggle to guess each one. With a few tweaks to the overall look and feel of Little, it could’ve benefited from changing up the familiar stylings of this genre. 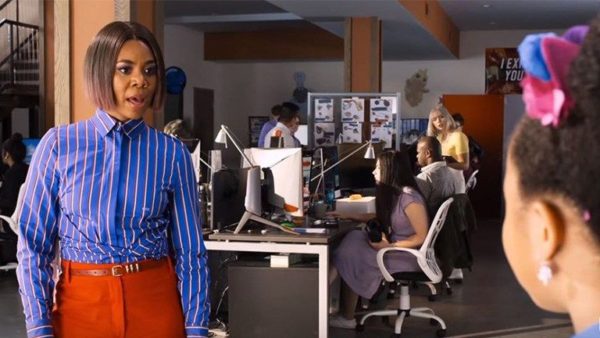 When it comes things that hit the right mark, Issa Rae is undoubtedly one of them. The star of HBO’s Insecure is a ray of sunshine throughout the film as Rae carries the bulk of the film. Not only with the story but with the comedy as well. Marsai Martin is funny in the movie, so is Regina Hall, but no one gets more laughs than Issa Rae. Her work is solid throughout and even delivers some of the film’s most heartfelt moments. While everyone involved deserves more roles in the industry, seeing Issa Rae gain more work from Little would be a delight. She’s a star waiting for a part that will make her the name on everyone’s lips!

The comedy is also surprisingly strong in a film that has to flip between adult and kid-friendly humor. Marsai Martin’s performance as the adult Jordan in a kid body is memorable. There’s a pure charm to her; Marsai Martin still captures the beauty of being a kid even when her character is feeling more grown. Even her interactions with Luke James and Justin Hartley’s characters never crosses a line, but it goes right on edge for a perfect laugh.

The empowering message isn’t just behind-the-scenes as Little does well with getting its message across. It doesn’t muddle up things with too many subplots and too many different points-of-view. Everything the characters do, even if it’s predictable, leads to the resolution and our lead characters growth. 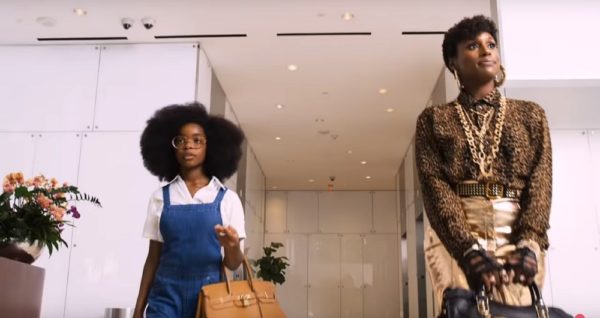 Yes, the film is overly sweet like a double chocolate treat and has some minor flaws throughout the script, Little works on quite a few levels. The film has a clear message with a point-of-view and something to say, something it nails while plenty of comedies struggle with doing.  Even though it feels a little heavy-handed at times, it’s still a wonderful story for its demographic of being true to that hopeful kid on the inside. The lessons learned in Little are something a young person – any gender, any race – could use in such a toxic time.