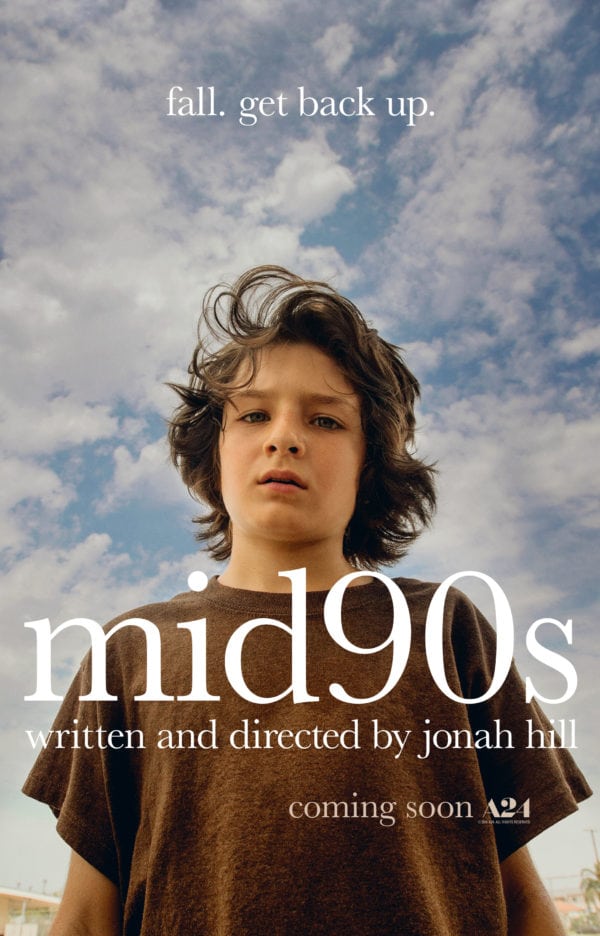 A 13-year-old kid desperate for attention finds himself welcomed into a group of skateboarders in 90s LA. 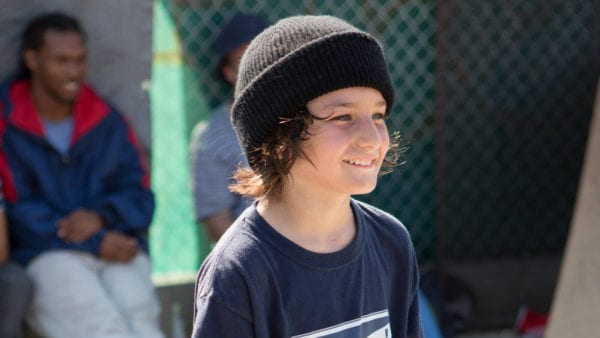 “You should look up to me,” says a teenage character during the first act of Mid90s, adding: “I smoke, I skate, I fuck bitches”. These are the questionable role models in the life of impressionable youngster Stevie (Sunny Suljic), who falls in with a group of older skateboarders in the LA of the titular time period. The movie is the directorial debut of Jonah Hill, who also penned the script, based loosely on his own experiences in the California skating scene during his youth.

It’s an unusual film that spends its 85 minutes delivering a slice of life take on its characters, existing in their world rather than trying to craft a conventional story. Bullied by his brutish older brother (Lucas Hedges), Stewie ingratiates himself with a group of skateboarders who congregate around a shop on Motor Avenue. These include the aforementioned advice-giver Ruben (Gio Galicia) and camera-toting Fourth Grade (Ryder McLaughlin), as well as seasoned skaters Ray (Na-Kel Smith) and Fuckshit (Olan Prenatt) – the latter named for the exclamation he delivers after pulling off a cool trick. Stevie is soon nicknamed Sunburn and becomes a part of the group.

There’s no denying the flair and skill with which Hill conjures up the feeling of 90s nostalgia. With a boxy 4:3 aspect ratio and a grainy image reminiscent of the camcorder Fourth Grade is permanently holding, this is a film that evokes its time period very clearly. The musical choices, Teenage Mutant Ninja Turtles duvet covers and Ren & Stimpy t-shirts are nice nods that are more skin-deep portrait might have relied upon, but the entire movie feels like bathing in the slacker culture, with marijuana smoke almost palpably wafting from the screen. 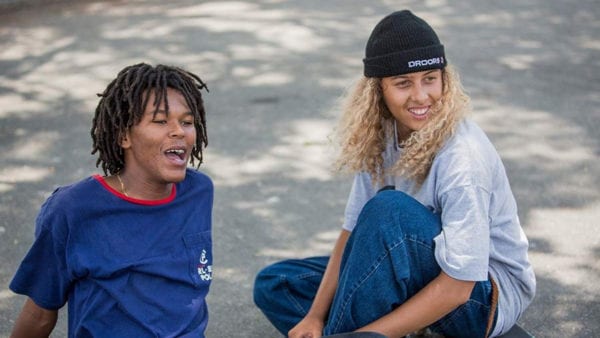 Suljic does a stellar job in the leading role. The actor was only 11 years old at the time and he certainly looks like a child in amongst his skater comrades. Much like the baby-faced Thomas Turgoose in Shane Meadow’s masterpiece This Is England – cited as a major influence by Hill – he’s someone who finds solace in the attention given to him by older people, who seem incredibly cool through his eyes. It’s an impressively raw performance, comic at times and often bracingly frank in the tougher moments.

The problem comes in the film’s viewpoint. It’s as cosy a nostalgia exercise for the 90s as Stranger Things and its ilk are for the 1980s. Unfortunately, in his attempts to replicate the time period perfectly, Hill has also replicated the homophobic and ableist slurs that were a hallmark of the time, and indeed his own early acting work. It feels more than a little icky, especially when Suljic’s character has his first sexual experience at a boozy party with a girl who looks considerably older. Hill has defended these decisions, but parts of the film come across as a love letter to the days when it was okay to be an obnoxious dudebro and call people “retards”.

This issue is rendered even more stark by Hill’s obvious Meadows influence. This Is England takes place in a world of moral choices and obvious consequences, while in Mid90s, repercussions are never more than fleeting. Female characters are shunted to the sidelines, whether it’s Katherine Waterson as Stevie’s mother, who makes some baffling decisions regarding her son, or Alexa Demie’s Estee, who vanishes from the narrative once she has served her purely sexual purpose to the movie. 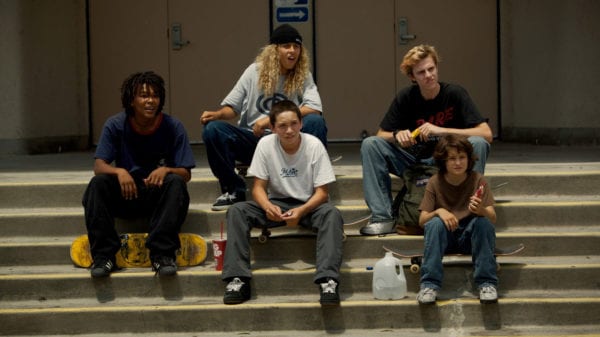 That’s not to say that Mid90s is an empty exercise in style with nothing to say. Na-Kel Smith is nuanced and intelligent as Ray, whose sober take on life punctures the vacuous hedonism peddled by Fuckshit on a number of occasions, leading to fractures within the group. Scenes like this, however, are too few and far between and are always undercut pretty quickly.

There’s an argument that the whole film is designed as a depiction of toxic masculinity, but I don’t buy it at all. Any negativity nearly always come with a caveat suggesting enduring brotherhood, shot through the prism of Hill’s uncritical, gooey nostalgia. When there’s this much style and affection on show, it’s a shame that the directorial perspective doesn’t have the sophistication to match.