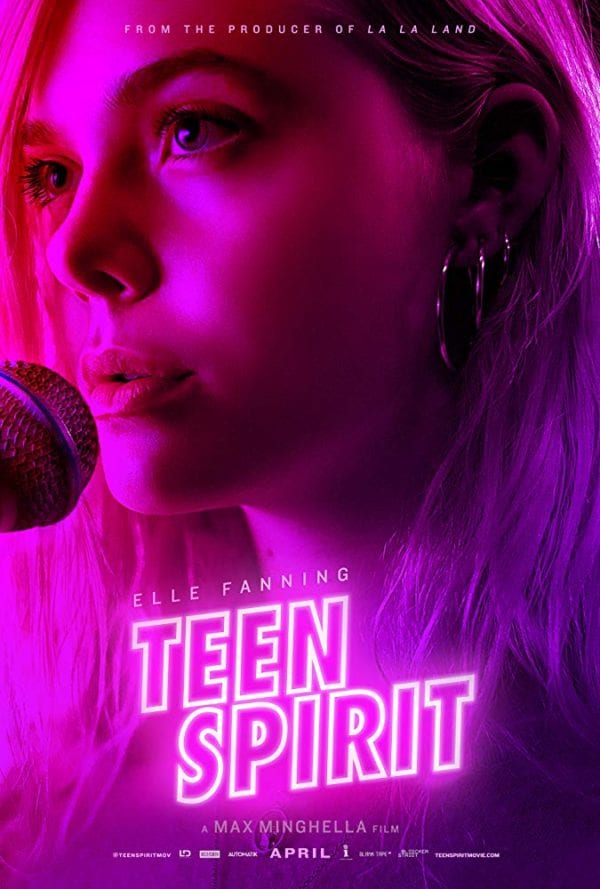 Violet is a shy teenager who dreams of escaping her small town and pursuing her passion to sing. With the help of an unlikely mentor, she enters a local singing competition that will test her integrity, talent and ambition. Driven by a pop-fueled soundtrack, Teen Spirit is a visceral and stylish spin on the Cinderella story. 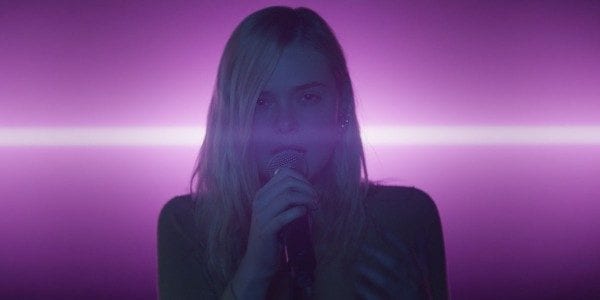 Teen Spirit is crowd-pleasing both conventionally and unconventionally in equal measure. It’s a series of convenient narrative developments that propel its protagonist to potential superstardom (the titular singing competition is basically a UK version of American Idol) that reaches into some of the most obnoxious clichés, yet we bite our collective tongues anyway and continue not only compulsively watching, but also enjoying the sensory experience of song covers and stage theatrics.

Elle Fanning (arguably the most underappreciated of the talented actors within her age range) is Violet, a shy Polish teenager living on a rural farming island in the UK. She tends to various animals, sings in a choir (although it’s more of a hobby done for her mom, played by Rebecca Hall, who does not see the point in her daughter’s ambitious dreams when performing for God is a bigger honor), and rocks out to No Doubt in her room whenever she has some free time. Additionally, she also performs karaoke on stage when not working at a nearby diner. 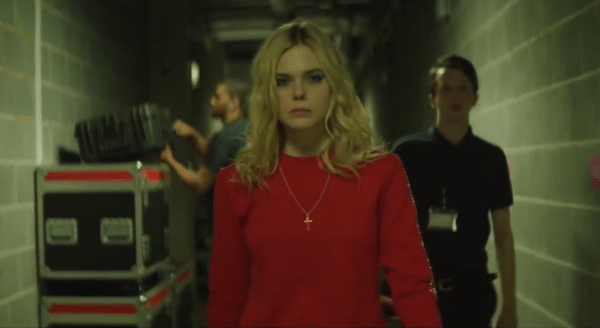 Naturally, Violet enters the Teen Spirit competition, and for as predictable as the story is, it never becomes annoying or grating due to Elle Fanning’s understated portrayal of the material. As she comes closer and closer to the prize she so desperately seeks (which would come with an escape from a home life burdened with problems, namely being abandoned by her father), Violet starts to become pretty much the opposite of everything I wrote above. She also doesn’t show much interest in guys, professing that she does not believe in love, which quickly changes when she’s on the precipice of success. Most importantly, the sequence of mistakes is smartly written favoring nuance and acting versus over-the-top situations; we buy into the sudden change of personality, the shady boys attempting to take advantage of her sexually while drunk, and the general sensation that fame has gone to her head before it has even been achieved.

Along for the ride is an unlikely manager in Russian drunken former opera singer Vlad (Zlatko Buric), initially enlisted as a fake uncle to officially enter her into the competition (Violet’s mom is really against the whole idea but for broad reasons as the film never really explores any of its supporting characters) before going on to serve as her vocal coach. There also feels like a missed opportunity here as far as training montages go; unfortunately, Vlad gives some basic advice and Violet just suddenly improves. Again, it’s more of the film’s lackadaisical storytelling that would rather operate on heart and acting over dynamic character work.

Fortunately, actor turned writer and first-time director Max Minghella has the good sense to make up for all the hokeyness by incorporating a number of musical performances from Elle Fanning (who commits hard to the role choosing to not use autotune while becoming a pretty good singer in her own right) covering an amazing selection of modern pop classics (there’s no way I’m not going to like a movie that has Elle Fanning doing her own rendition of Ellie Goulding’s Lights). Fittingly, the performances become more energetic and involving as the stakes become higher; Elle Fanning brings the hyperactive movements and gestures that are almost vital to making a concert crowd come alive, or in this case, a random person watching the movie. Obviously, it also helps that the lyrics contain relevance to her character. 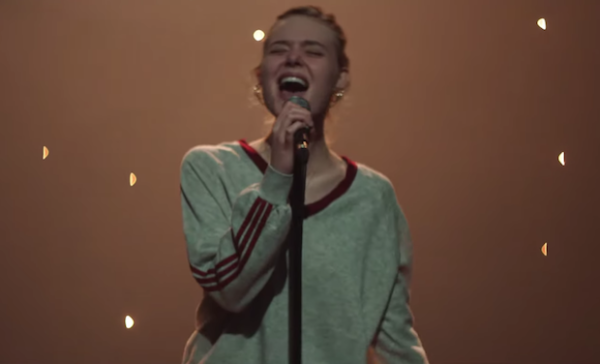 Playing devil’s advocate, the story itself is so contrived that maybe, for better or worse, it was an intentional creative decision. Even the most beloved pop songs seem to fit a formula, but what separates the best from the rest is the meaning behind them and the soul that goes into the performance. There’s something similar to that going on in Teen Spirit; it’s a tried-and-true story with generic twists, about the most commonly relatable things told with passion and infectious optimism. Then there are aspects such as non-American nationalities, the UK setting, foreign-language dialogue at some points, and an all-around anti-mainstream approach to telling the most mainstream of stories differentiating it from an alternate skin of Pitch Perfect.

In all fairness, that might not be the wisest creative decision, but at the end of the day, there’s no denying that Teen Spirit sparks the dreamer in all of us. It knows how to distribute time between the narrative and musical performances so that the flaws of one are lessened to a degree; when your eyes are about to roll back into their head Elle Fanning begins to sing something, ensuring they line right back up at the screen again. None of it works without her or the banging song choices.