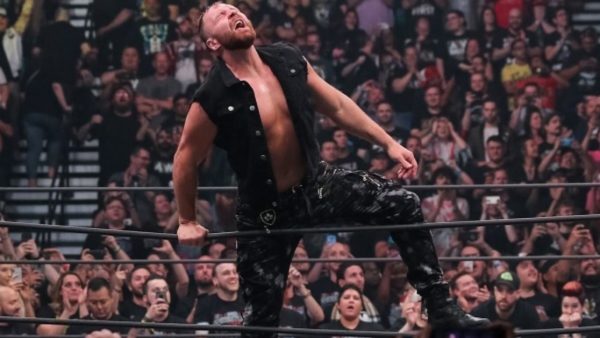 The first ever All Elite Wrestling PPV is in the books, and it was quite the event! Double or Nothing was a show packed with surprises, great wrestling, and the first real look at the future of the business. Cody Rhodes, The Young Bucks, and Kenny Omega poured their hearts and souls into starting this company, and it seems like it paid off with this outing. Fans and critics alike praised the event for the fresh feel and fantastic wrestling.

While Double or Nothing boasted terrific moments, not everything was perfect. Let’s dive into some of the best and worst moments from the AEW debut event. 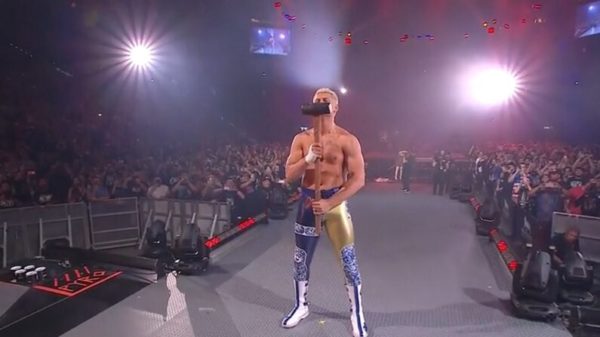 With some impressive in-ring talent, you’d want the behind-the-scenes crew to be just as strong, but that wasn’t the case at Double or Nothing. Not that problems riddle the entire show or anything hinders the viewing experience, but the few flaws were noticeable. The pre-show stream seemingly didn’t work on their YouTube account, cutting in about halfway through the Casino Battle Royale. There was also a moment where the feed cut out with only the audio coming through the stream.

Aside from those moments, the only other flaw is the few times the camera or technical director missed a moment or cut to the wrong angle. With such amazing moments happening, you don’t want to miss a single thing. 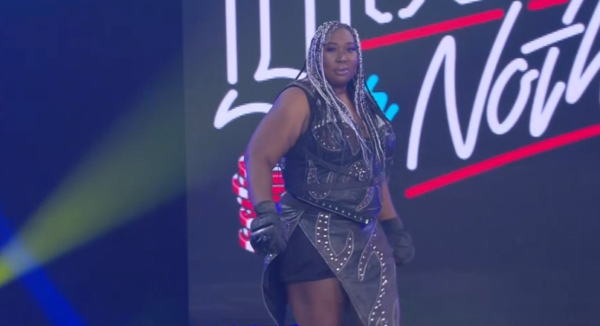 Two impressive women’s matches in one evening is a rare feat in mainstream wrestling, and thankfully AEW is hoping to change that notion. AEW made early promises to feature their women in big matches with thoughtful booking, and that happened here. The only little sidebar is maybe including one woman in the Casino Battle Royale would’ve shown the difference between this company and some others.

Besides that note, the surprise inclusion of Awesome Kong in the Triple Threat match blew the roof off the venue and followed it up with an equally strong performance. While Dr. Britt Baker walked away from the bout as the winner and biggest star, Awesome Kong made her impact. Also, don’t forget the fantastic 6-women tag match feature some of the best Joshi wrestlers in the world. Hikaru Shida is another AEW star in the making! 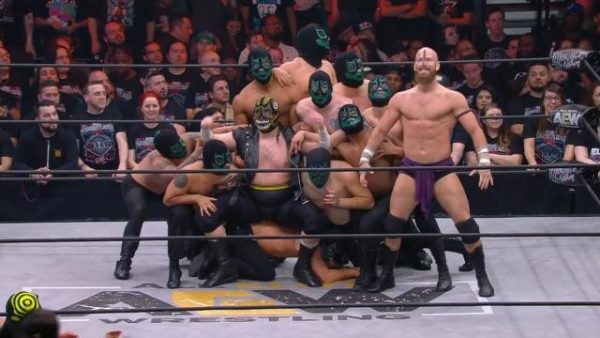 The tag matches this evening were solid, but the debut of a new team didn’t come off as polished. Known to some fans as Super Smash Bros, the group appeared after the great contest with Chuck Taylor, Trent Beretta, Angélico and Jack Evans, attacking them all. Coming along with them were numerous masked men who helped the attack and made a human throne for the duo to sit on as they stand over their opponents.

Trying to build their tag-team division is smart, and you need moments like this to get fans talking, but it came off a little flat on the actual show. The live audience either didn’t know or didn’t recognize Super Smash Bros, so it also leads to a relatively sad chant of “Who Are You?” from the crowd as well. 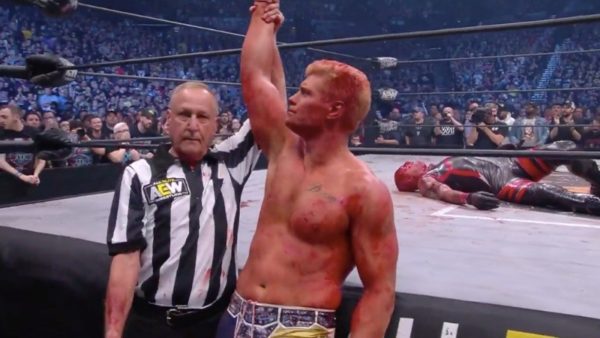 If you want storytelling, in-ring work, and some violence, then this is the match for you. Cody and his brother Dustin Rhodes poured their literal blood, sweat, and tears into this, and it showed as it was a knock-off performance from everyone. Anyone worried that AEW couldn’t tell a story with their matches was proven wrong with this.

Cody walked away with the win, but wouldn’t let this be the end of his brother’s run. After tearing each other apart, Cody said they need to put things aside and team up. A real moment from the two, and you could feel the emotions running high. Look for these two to face The Young Bucks in a Bros vs. Bros match very soon.