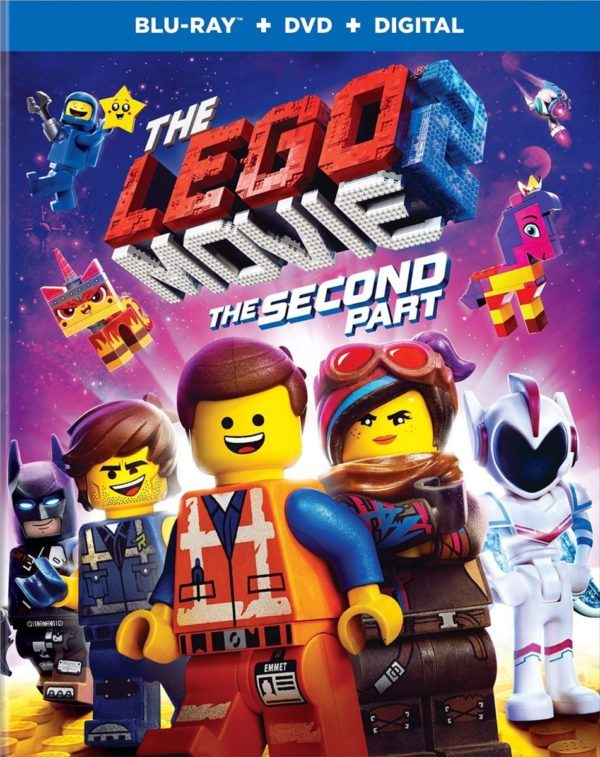 After a few years of developing spin-offs, the LEGO film franchise returns to its original setting with The LEGO Movie 2: The Second Part, a worthy follow-up to the 2014 surprise hit that hits on some pretty heavy themes on growing up and even toxic fandom. Through an impressive cast, animation and story, the sequel manages to create something different yet still retain a lot of what made the original so great for audiences. Director Mike Mitchell does well utilizing to Phil Lord and Chris Miller’s brand of humour to the film while also touching on some strong themes. Now released on blu-ray, The LEGO Movie 2 makes for an entertaining piece to home video collections with some interesting special features along with it.

Pretty quickly out of the gate, The LEGO Movie 2 establishes itself as different from the first film by being ‘darkier and edgier’, lampshading the tendency of sequels to take the story and characters on a much darker route for the follow-up adventure. Nearly every one of the original characters have been hardened in a Mad Max: Fury Road-like world – except for Chris Pratt’s Emmet, much to everyone’s chagrin. This dark world is contrasted by the bright, colourful and seemingly cheerful characters of General Mayhem and Queen Watevra Wa’Nabi, who kidnap several of the heroes in order to marry Batman to Watevra and summon a terrible apocalypse.

The decision to go cosmic really opened up the story to something the other LEGO films hadn’t done before with the animation. From the space fights to the different environments Emmet, Lucy and their friends find themselves in, LEGO Movie 2 offers something fairly different from the first film. Through this, the film boasts some entertaining and well-animated sequences, particularly on Watevra as she constantly transforms herself into different shapes and sizes. The cast do well together once again, though many of them aside from Chris Pratt and Elizabeth Banks are pushed to the sidelines than they were in the original. There’s much less Unikitty, MetalBeard and Benny. Even Will Arnett’s Batman doesn’t have quite as much to do despite being a focal point of the plot and getting a musical duet with Watevra. Among the new characters, Tiffany Hadish and Stephanie Beatriz are scene stealers as Watevra and Mayhem, especially the latter. Despite the original characters being put to the side, though, the character work on Emmet and Lucy is one of the strongest aspects of the film with how they mature.

That’s really what is most impressive about the sequel. LEGO Movie 2 plays around with the real-world aspect of the first film much more, delving into the sibling rivalry between the brother and sister at the heart of the story. Among the central themes to the film, such as gatekeeping and toxic fans, growing up is the most important. It’s reflected in the ways Emmet and Lucy deal with the world as Emmet remains his cheerful self to the point of not recognizing how dire a situation might be and Lucy pushing herself and Emmet to be more serious and darker. LEGO Movie 2 deals not just with the difficulties of maturity, but on how to grow up as well. It’s easy to be cynical and close yourself off, as Lucy and Rex Dangervest try teaching Emmet, but recognizing everything isn’t awesome and still trying to make it awesome is the crux of both Emmet and Lucy’s arcs. It becomes doubly meaningful when you consider the brother and sister’s relationship at the heart of the LEGO world as Emmet and Lucy’s conflict is just a stand-in for what they’re going through.

The blu-ray for The LEGO Movie 2 contains a few special features that fans will enjoy watching, though it doesn’t go into very much depth on the animation process and incorporating so many other styles of LEGOs, like the DUPLO block for younger children, into the film. The blu-ray also contains a sing-along version of the film for its many musical numbers. The features we do get are:

The Come in Pieces: Assembling The LEGO Movie 2 (9 min)

Various cast members as well as Phil Lord, Chris Miller and Mike Mitchell talk about the themes of maturity and the sibling rivalry. There is also a nice focus on the new characters of Watevra and Mayhem as well as how Pratt differentiated his voices for Emmet and Rex. There is a little bit of discussion on how they improved upon the animation of the first film, including working with the LEGO company to create characters, but it’s not gone into a whole lot of depth.

A short film about Emmet trying to get Apocalypseburg in the mood for Christmas as he plans a massive party. Some funny jokes in here and is a nice short for young kids.

There are a bunch of deleted or alternate scenes that mostly include jokes or funny visuals that were removed from the film. The animation in many of these sequences isn’t complete, but one lengthy scene that went through a big process is Lucy’s physical confrontation with Mayhem later on in the film. We get several storyboarded sequences of how this could have played out differently, from the pair somehow ending up in a hamster cage and being chased by the animal or being sucked up a vacuum or Mayhem saving Lucy from a fatal fall instead of the other way around. It’s easy to see why the alternate chase and fight sequences were cut as they were quite lengthy and ultimately didn’t add anything to the film.

A full-length commentary from Lord, Miller and Mitchell throughout the film.

A music video of the closing credits song ‘Super Cool’ accompanied by the lyrics. 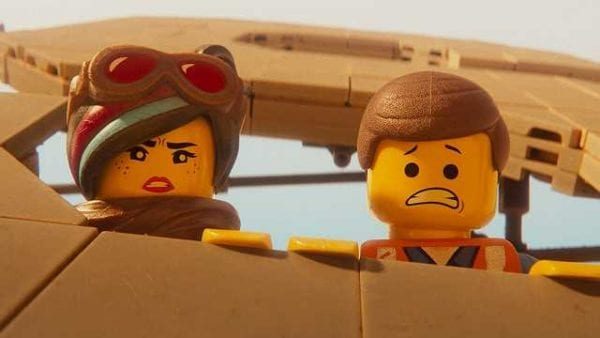 The LEGO Movie 2: The Second Part succeeds in being a more than worthy sequel to the original film. It’s funny and the themes of the story are quite strong and meaningful with nice character work on the old and new cast. Though the blu-ray could have included some more features regarding the film’s animation, it’s still something fans of the franchise and young children will enjoy adding to their collection.