Michelle Herbert reviews Once Upon a River by Diane Setterfield… 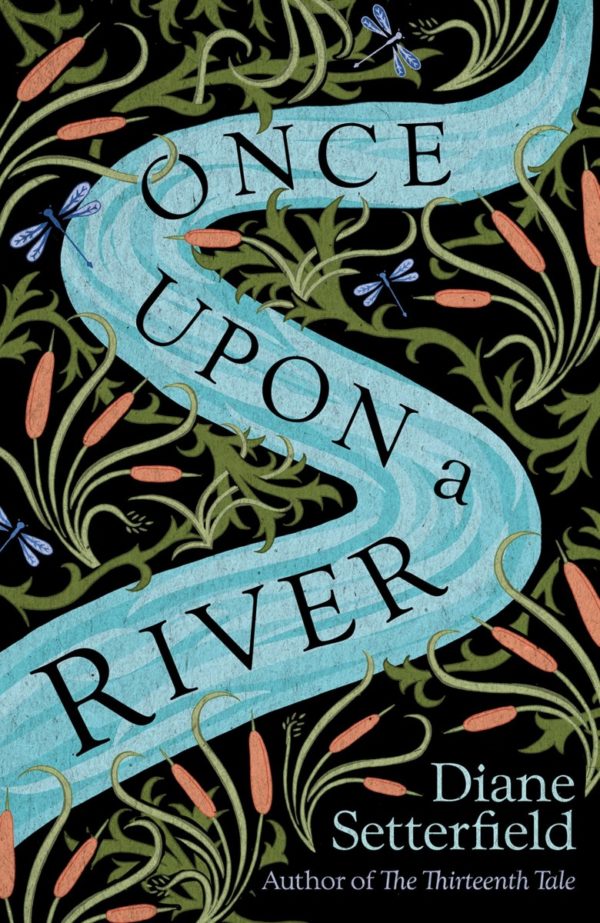 Once upon a time, there was a pub on the river near Oxford where stories are told. People have been telling stories at The Swan since the 1300s. Five hundred years later it looks like The Swan is about to become the setting for a new story. Once Upon a River begins on a dark and stormy night, when a stranger walks into the pub, badly beaten with what looks like a child in his arms. This beginning sets everything up superbly, and we are soon drawn into a story about stories.

This is a multi-character story and we are quickly introduced to three families that claim the child as their own. First, there are The Vaughans whose own child was kidnapped, who hope that this child is their Amelia. The Armstrongs who are led to believe that the child could be Alice, the granddaughter they didn’t know existed. Lastly, there is Lily White who believes that the child is her long lost sister Ann. During the story, we learn more about these characters’ histories and lives as the story meanders like a river opening new tributaries as we are introduced to each of them. There are also two more characters, who although they do not claim the child as their own, are interwoven into the plot and help drive the story; the first is Mr Daunt and the second is Rita who become linked to solving the mystery of whose child she really is.

Each character, however small their role, is remarkably individualistic, each with their own thoughts and intentions. Due to this the story has many layers and is intricately compelling as it draws you in. Although some things you may see coming, it is the way the reveals happen that keep you interested in finding out the truth about who the child is and where they came from. There is also the slight hint of the supernatural which never detracts from the story but does keep you guessing as to what is true and false in this world. This really is a book about stories, how we tell them to survive, as well as how we create ourselves. All of these different kinds of stories are explored as we follow the characters affected by this unusual encounter.

I really enjoyed how dark the book gets in places, where you realise how grim some of the characters lives are and yet how even these characters have a spark of hope that things may get better. Some of the characters are misguided about who they are and what they are entitled to. Once Upon a River is a wonderful book, which mixes fantasy, family life, treachery and the power of stories which is beautifully put together. I couldn’t ask for a more well-rounded story, there were twists that I didn’t see coming. The attention to detail is incredible in a story about life and death. I would happily reread Once Upon a River and hope that other people enjoy it as much as I did.