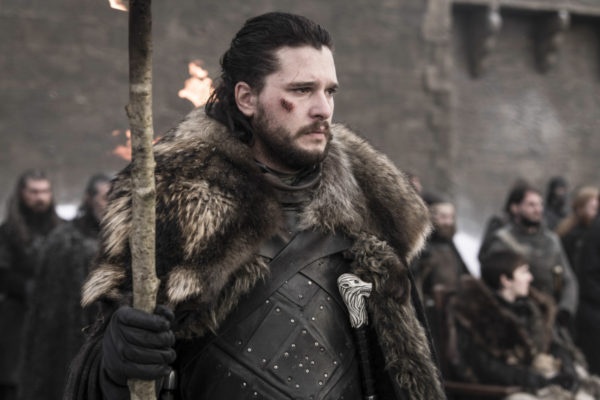 The Great War might be over, but the Last War is coming. The fight for the Throne waits for no one this week as we very briefly see a sombre scene after Winterfell has recovered from the battle with the Night King. Seeing all the dead in the funeral pyre proves just how much they’ve lost and how difficult taking out Cersei root and stem will be, as Daenerys puts it. Jon’s inspiring speech shows he can be a leader if need be – whereas he’s arguably been a fighter first and foremost up until now. Is this a sign of things to come for the newly discovered Targaryen? Daenerys’ jealousy is slowly getting the best of her and it’s only pushed further into her mind when she watches the northerners calling Jon their King. Madness does run in her family after all…

Although Daenerys initially seems to be picking a fight with Gendry, she’s cleverly getting a Baratheon on her side. She makes him a Lord – but this isn’t out of some heartfelt notion; not only does this inspire hope among the ranks, but also gains her another ally. It’s moments like this that remind the audience of what Game of Thrones does best alongside bombastic battle sequences. The show excels at political intrigue, character ambition and heartbreak. Something that Gendry might want to get used to after his marriage proposal is quickly swerved by Arya… Ouch. 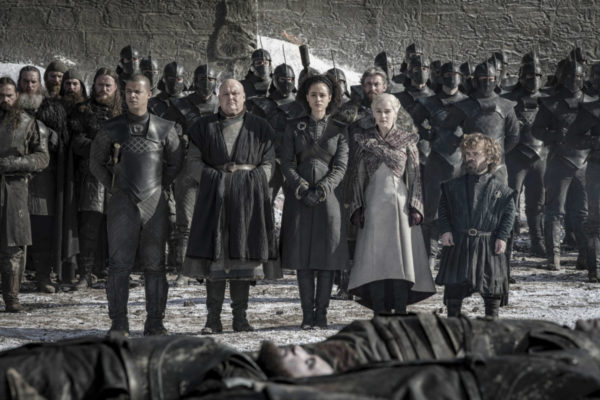 If it wasn’t clear already, the episode is really trying to get back to how Game of Thrones used to be several seasons ago; plenty of drama combined with moments of levity before some shocking deaths to motivate characters to do something reckless later down the line. And although it nails the dramatic side of things, some of the logic in the episode doesn’t quite work. Let’s look at the first poignant death – Rhaegal getting shot full of devastating arrows from Euron’s fleet. As sad as it is seeing Daenerys lose yet another dragon, why not fly right around and scorch the ships to a cinder? Obviously it’s easy for us to criticise from the sofa ,never having stepped onto a fictional battlefield with dragons, zombies and an Iron Throne of course. Then there’s the rapid speed that Daenerys and Tyrion make it down to King’s Landing, but we were just told it would take two weeks for Jon and the rest of the Unsullied to march down. Drogon’s a big dragon, but can he really fit that many people on his back? Dragon Taxi for two please.

While it’s clear that Sansa’s character arc has come on in leaps and bounds since her frequent role as a damsel in distress, the show didn’t need to go as far as to explicitly explain that she’s a stronger person for suffering years of hideous abuse. While it’s obvious that she feels empowered to have overcome it all, the way it’s written and delivered feels problematic to say the least. The Hound talking about the specifics of Sansa’s horrific wedding night with Ramsay was far too invasive. While we’re thankfully past the phase of the show that heavily featured sexual assault, it still feels the need to unnecessarily discuss it in detail. 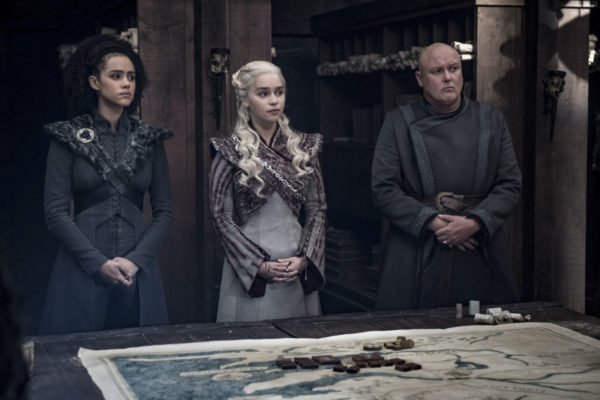 As the episode moved on, Tyrion couldn’t help but keep mentioning they still have other threats to contend with. He’s obviously not afraid to tempt fate either when he says “Maybe Cersei will win and kill us all”, so it was surprising to see that he survived another episode. But with two instalments left, and Bronn finally arriving in Winterfell, his odds aren’t really looking good. Thankfully the scenes Peter Dinklage shares with Varys (Conleth Hill) are some of the most entertaining in the series thanks to the intense delivery and chemistry between the two characters.

Jon is stuck between a rock and a hard place when Sansa and Arya hammer home they’re the last of the Starks. Telling them about his true lineage is a huge decision, it’s likely we won’t see the long term effects of that for some time. Predictably, the secret starts to bleed out into the wider list of characters – this isn’t going to end well. Madness runs in the Targaryen family and it isn’t too late for Daenerys to be pushed over the edge into ‘Mad Queen’ territory. 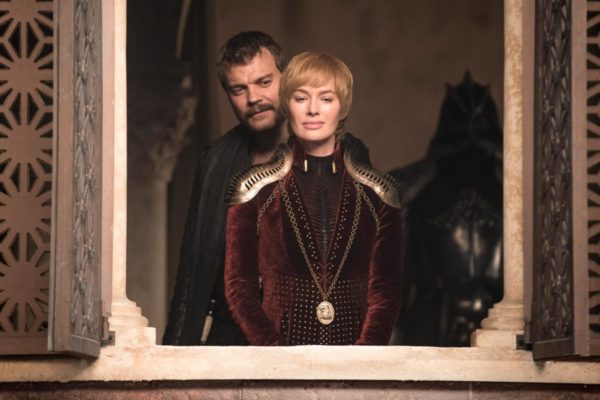 The imagery of Daenerys facing up against the Lannister might at King’s Landing is impressive – this show consistently manages to look incredible… When it’s bright enough that is. The episode ends with a dramatic beheading that’s a little difficult the closer you get. Missandei is kidnapped by Euron’s forces and held hostage by Cersei unless Daenerys surrenders. She’s a former slave placed back into chains by her captors and then brutally butchered on a stage for all to see. Maybe the writers wanted to thread true tragedy into her final moments, but it was unnecessarily cruel. Then again, if you thought this was going to have a happy ending, you haven’t been paying attention.

So after two more dramatic deaths and another huge battle on the horizon, there’s still a few main characters on the chopping block. Let’s not forget The Hound is heading to finish up his ‘unfinished business’ with The Mountain, so hopefully we get the Cleganebowl sooner rather than later. With two episodes left, the battle is nearly over… But who ends up on the throne?