Jake Gyllenhaal, one of the stars of Spider-Man: Far From Home, loved Mysterio’s costume so much that he apparently pushed Marvel to include more of it in the film.

Now that Avengers: Endgame is out in the wild, fans of the MCU are starting to cast their eyes forward to Spider-Man: Far From Home. The film sees Peter come into contact with Jake Gyllenhaal’s Mysterio for adventures abroad.

In the trailers, we have seen Gyllenhaal sporting Mysterio’s rather fancy costume and apparently, it was the actor’s love of the outfit that caused Marvel to include it more often in the film itself. This was revealed by producer Eric Carroll during Screen Rant‘s set visit:

“We were just assuming – since we did end up building a fully practical costume – that our actor wouldn’t want to spend time in it, and then we were like, to make sure we get the caliber actor we want for this, we made it clear, ‘we won’t make you wear this stuff when you don’t have to.’ So on and so forth. So, for example, this is a scene — this is a briefing scene. We had said, ‘you can just look cool. You can just look like a cool mercenary man. You can have your t-shirt on, leather jacket and jeans.’ And he was like, ‘Can I be in the costume? I really feel the character, I get it.’ So, not only is this costume practical, but he wears it everywhere it makes sense to wear it. So we think this looks amazing. We’re super excited about bringing him to the screen.”

That’s a pretty cool story! It’s going to be fun to see Mysterio fully in the movie itself but its certainly good to know that the actor was really feeling the part and enjoying walking, quite literally, in his shoes. 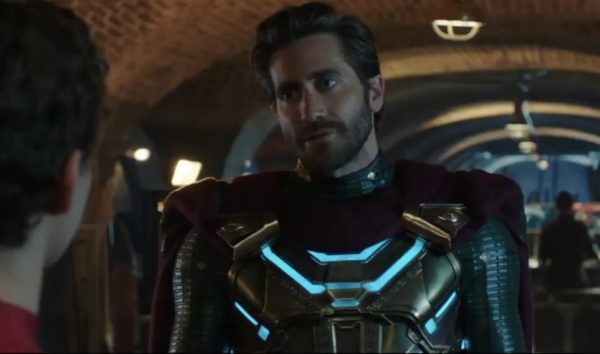 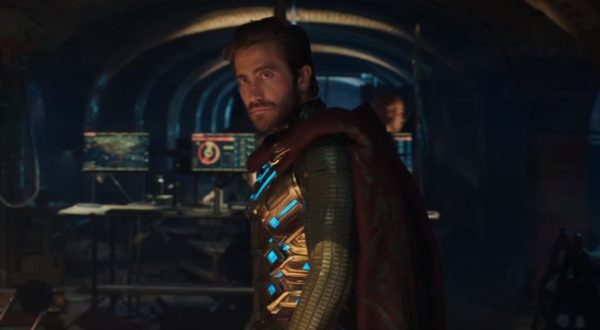