With the Netflix Marvel shows finishing up and shows such as Agents of S.H.I.E.L.D. heading towards its conclusion, the House of Ideas needed a brand new set of shows to repopulate the market and the official Marvel website has revealed that both a Ghost Rider and a Helstrom TV show are in the works and set to be released on the Disney-controlled streaming service Hulu in 2020. 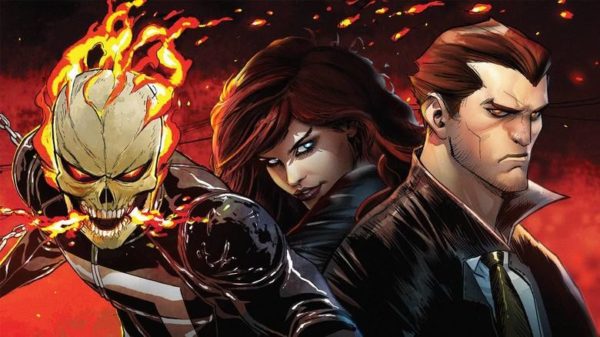 The Ghost Rider show will see the return of the Robbie Reyes incarnation of the character, portrayed by Gabriel Luna who was previously featured on the aforementioned Agents of S.H.I.E.L.D.. Marvel had this to say about the two series:

“‘Marvel’s Ghost Rider’ centers on Robbie Reyes, played by Gabriel Luna, the quintessential antihero, who lives on the Texas/Mexico border, consumed by hellfire and supernaturally bound to a demon. When he unleashes the Rider, Robbie brings vengeance for the innocents he encounters, but struggles controlling the power he wields. “Marvel’s Ghost Rider” is executive produced by Ingrid Escajeda, who will serve as showrunner, Paul Zbyszewski and Marvel Television’s Jeph Loeb.”

Daimon and Ana Helstrom are the son and daughter of a mysterious and powerful serial killer in “Marvel’s Helstrom.” The siblings have a complicated dynamic as they track down the worst of humanity—each with their attitude and skills. “Marvel’s Helstrom” is executive produced by Paul Zbyszewski, who will serve as showrunner and Marvel Television’s Jeph Loeb.

These two new shows will join Marvel’s Runaways which already enjoys success on Hulu, as well as a set of recently announced animated series in Howard the Duck, Hit-Monkey, M.O.D.O.K., Tigra and Dazzler Show and The Offenders.