Marvel Comics has announced that acclaimed creators Louise Simonson and June Brigman are bringing an all-new special story to the Marvel Universe this August, as Power Pack’s young super heroes return for a brand new adventure in Power Pack: Grow Up!. 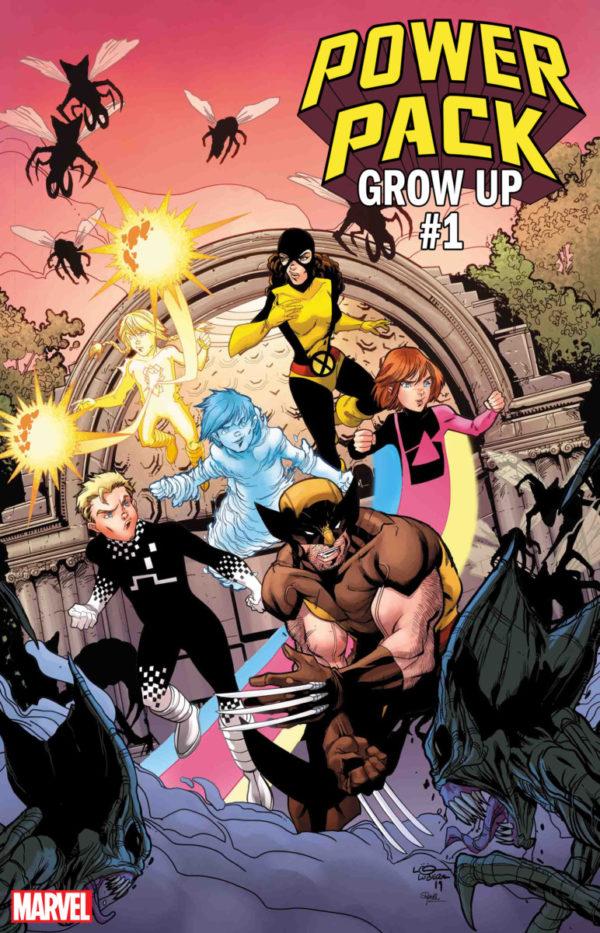 “I remember the joy I felt reading Power Pack #1 when it was first published, and the sadness of hitting the last page of the final issue of their original run, so it’s a thrill to be able to reunite Louise and June to tell untold tales with Alex, Julie Jack and Katie from that time period,” shared Editor-in-Chief C.B. Cebulski. “And to also have Gurihiru contributing a story bridges these two acclaimed generations of Power family fun, making this a perfect project to commemorate Marvel’s 80th Anniversary!”

Power Pack jumps into action when the Brood crash a concert, but it’s a race against time as they battle the invasion against their own anxieties, as well as each other, in hopes of saving the world. Join Alex, Julie, Katie, and Jack Power and special guests Wolverine and Kitty Pryde for an incredible new adventure! Plus, don’t miss fan-favorite artist Gurihiru teaming up with Louise Simonson for the first time in a special short story!