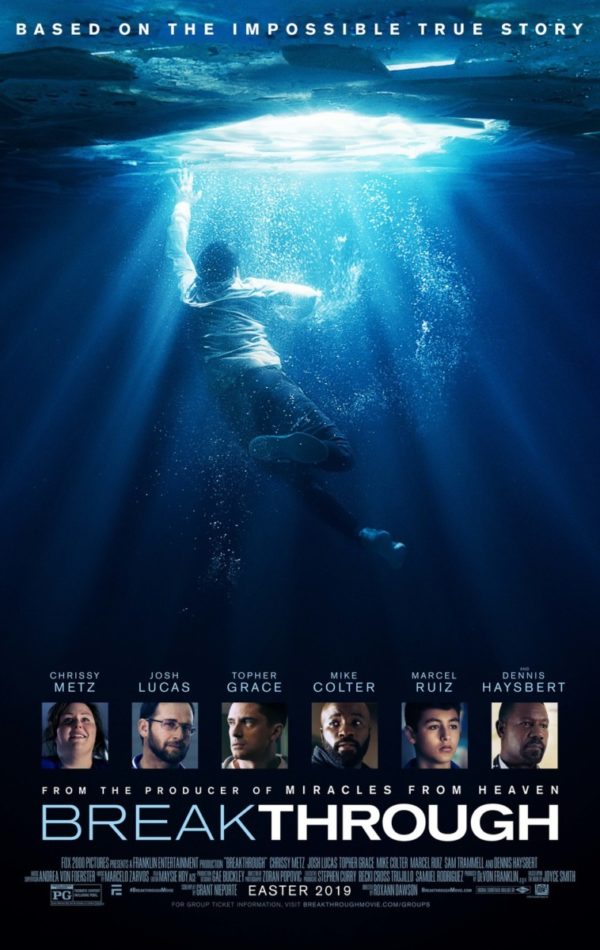 When her 14-year-old son drowns in a lake, a faithful mother prays for him to come back from the brink of death and be healed. 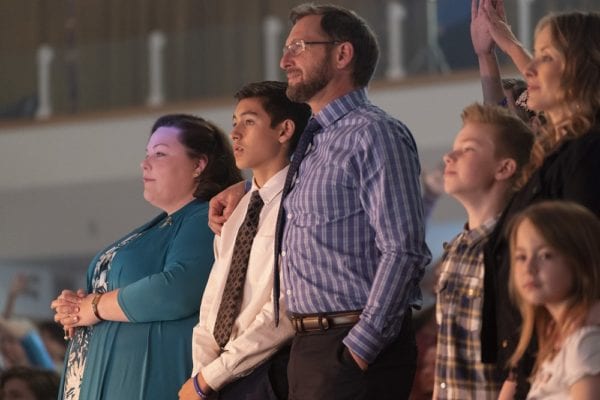 For those of you site regulars who have followed along with the endless output of reviews I crank out here (if you have, I am eternally grateful and humble for your support), you might have noticed I rarely subject myself to evangelical Christian faith propaganda flicks, with the reason being why as simple as I’m not very religious nor do I have anything against anyone that does practice and pray to a deity of their choosing. However, every once in a while one catches my eye mainly because of the cast and the fact that I enjoy supporting actors I like. With that said, there was no way I was going to skip out on what Topher Grace does next after his fantastic portrayal of KKK Grand Wizard David Duke in BlacKkKlansman.

Let’s just say I wish Breakthrough catered to the levelheaded personality of pastor Jason Noble that Topher Grace plays here, rather than having the film shamelessly milk supposed miracles from God for every Christian the studio can get into a theater over Easter weekend. Thinking about it, one of Disney’s first orders of business now that they own Fox should be to cancel these projects from going forward. Yes, these movies have their demographic but that doesn’t excuse them from being outright terrible. The frustrating part is that many of these movies would actually be good if there was some restraint on the agenda pushing (every doctor in this movie is made out to look like a baffling idiot which honestly feels insulting to me as I probably would not still be alive today without passionate members of that field). 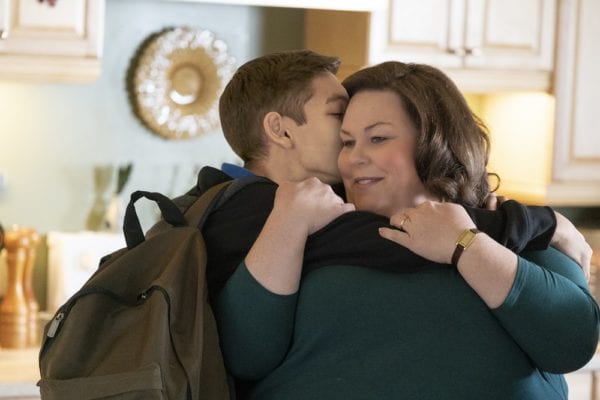 Endlessly caring mother Joyce (Chrissy Metz putting everything she has into this cringe material, coming away unscathed from an acting standpoint) is supposed to be likable but comes across incredibly annoying with her beliefs and treatment of others, which is something director Roxann Dawson and writer Grant Nieporte seem to understand by having characters such as her loving husband Brian (Josh Lucas) point out that she is being disrespectful to the hospital staff and that her hopes for the recovery of her son are a pipe dream, and Joyce eventually does acknowledge these things, but it ends up not mattering considering she’s right all along and that praising Jesus to unintentionally hilarious extents is the answer. It’s like watching someone finally come down to Earth only to be skyrocketed higher in the clouds than ever before moments later.

It’s unfortunate, as Breakthrough does contain quite a few compelling supporting characters whether they are struggling with their own beliefs during this ongoing miracle or doling out well-meaning support masked by their disbelief of everything turning out okay. Pastor Jason Noble is admirable in the sense that he is a kind family man that seems to know the lines between faith and reality, who also is not stuck in the old ways of Bible teaching and is not afraid to employ tactics such as Christian rock mini-concerts to entertain the children, subsequently sparking their interest to learn more about Christianity. I’m not sure if it’s a tactic that actually works, but he has the right idea and generally does not let religion dictate his every thought and move. 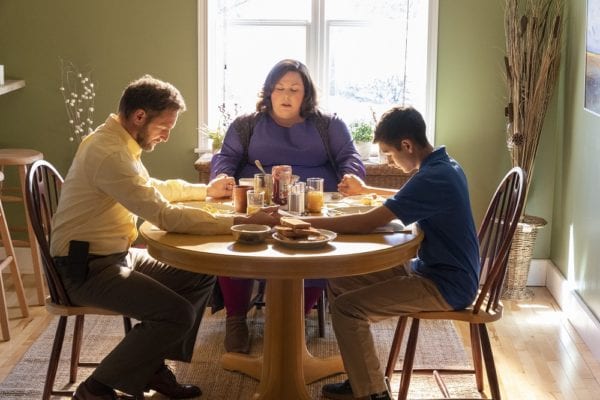 Then there is a member of the local fire department (Mike Colter somehow making a laughable subplot engaging) that rescued the body of young Josh from the ice pond; he claims to have heard a voice telling him to “go back” and search underwater one more time, but as the movie goes on it becomes apparent no one around him said a word. God spoke to him, which is double crazy this time because this character does not believe in a higher power. Chalk it up to the nuance and grace that Mike Colter imbues into this character, as he is another side player that would be far more intriguing as the central focus to this narrative.

No one character is truly to blame for Breakthrough ending up as cloying, overly melodramatic nonsense, but more so the direction that continues to up the ante in terms of the absurd. There are parts in this movie where doctors launch into medical diagnoses and express their concerns, and it’s easy to tune out not because it’s a bunch of jargon you don’t understand, but more so we know how the story ends. There is no suspense, which is exactly why the movie tries so hard to create a sense of urgency. God himself may as will be writing the script, and I know that is kind of a silly thing to say considering the movie is based on a true story, but let’s be real, facts have been altered to make the story easier to sell to its demographic. In all likelihood it was just a freakish story of survival stretched into religious propaganda. 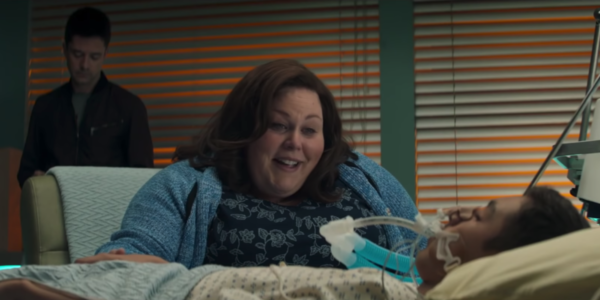 As for young Josh himself (Marcel Ruiz), he’s another one of the more interesting aspects of Breakthrough although naturally, we don’t see him alert and active on-screen much. There is an added layer that he is the adopted son of these parents, which organically adds on to the mother’s love subtext; it’s one of the very few things about the movie that works. He also gives a night and day personality performance (before and after the incident) that is enough to make anyone believe something life-threatening did happen; watching him wrestle with the thoughtful aftermath of these events is genuinely emotional. Too bad Breakthrough only gives a damn about the power of believing in Jesus; it knows its audience, I just wish these movies would at least invest more in the characters grappling with everything surrounding them.