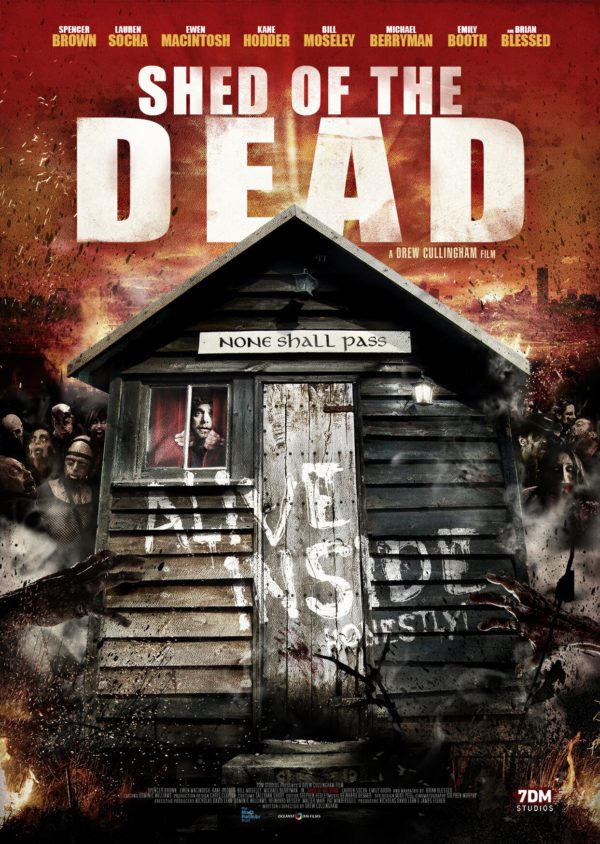 A man who spends much of his time playing fantasy games in his allotment shed suddenly finds himself in a real fight to the death when a zombie apocalypse ravages his hometown. 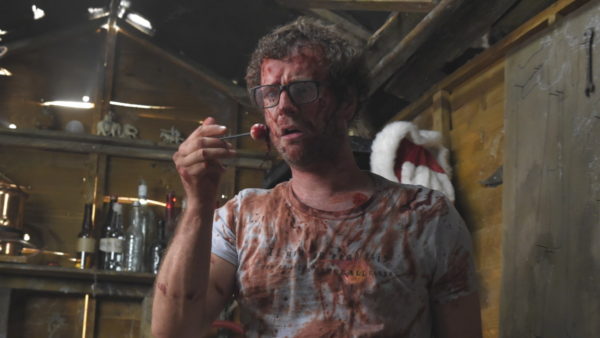 Any attempt to do a zombie comedy in Britain inevitably invites comparisons to Shaun of the Dead – Edgar Wright’s universally beloved masterpiece of the art form. There’s some of that film’s strange, parochial joy at play in Drew Cullingham’s Shed of the Dead, which sees an unemployed fantasy role play nerd positioned at the centre of unfolding chaos as zombie hordes begin to run riot.

That nerd is Trevor (Spencer Brown), who rents an allotment patch almost solely so he has an excuse to spend hours in his shed painting figurines for fantasy war games, avoiding his wife Bobbi (Lauren Socha). The only person he seems to enjoy spending time with is his friend Graham (Ewen MacIntosh), who is even more sedentary and housebound than he is. Trevor’s cosy existence is challenged by Mr Parsons (Kane Hodder) – a Canadian who takes great pride in his allotment and objects to the dishevelled state of Trevor’s. The dispute escalates, just as zombies turn up.

When Trevor describes his chaotic allotment as having a certain “post-apocalyptic charm”, he could just as easily be describing the film. It’s a somewhat ramshackle effort, but one that has enough laughs and enough enjoyably gruesome practical effects work – there’s a great eyeball gag – to push it over the finishing line. 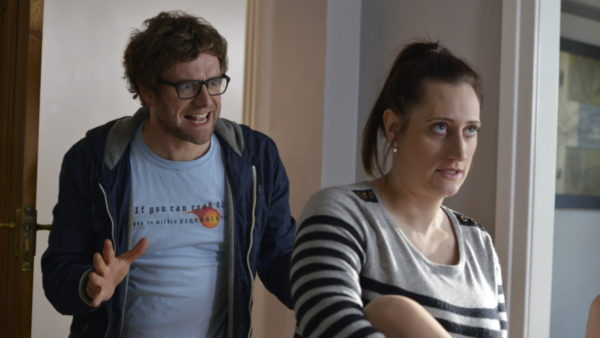 Spencer Brown is a lot of fun in the leading role, crafting an everyman persona from a character who could easily have become a geek stereotype. That stereotype largely falls to MacIntosh, whose character is broader and more unpleasant, but just about works thanks to the actor’s impressive commitment to the toxic slob persona and his creepy obsession with Bobbi’s friend Harriet (Emily Booth).

Cullingham is self-aware enough as a writer-director to acknowledge the characters’ position in society, with Socha’s character allowed to fire regular potshots at the husband she barely tolerates for “indulging in some pathetic male fantasy”. It’s in these acerbic, biting scenes that Socha is at her best, struggling a bit more when she’s asked to play emotion in amongst the mayhem.

The film also serves as a love letter to the horror genre, with a handful of scary movie greats popping up in extended cameo roles. Friday the 13th and Hatchet veteran Hodder is excellent with a part that’s more comedic than his usual fare – at least until he gets all undead. Elsewhere, Texas Chainsaw Massacre 2 star Bill Moseley exudes oddball charisma as a doom-mongering cowboy, while Michael Berryman – best known for The Hills Have Eyes – gets a delightfully weird role as a regular customer of Booth’s sex worker character, taking part in some bizarre, horse-inspired kink. 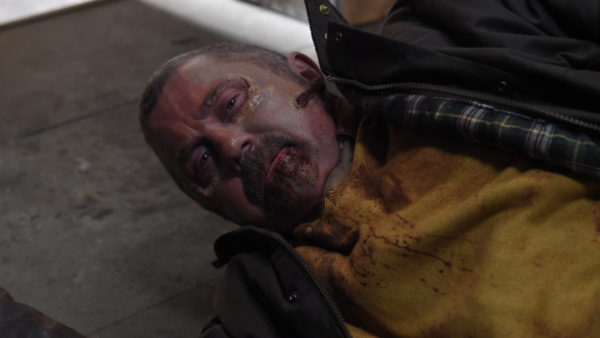 Shed of the Dead is certainly a film that is indebted to its predecessors in the genre, borrowing liberally from Shaun as well as Romero and Raimi. When even the cast is assembled from a series of horror icons, it’s clear that this isn’t exactly a movie that thrives on originality. It is, however, a charming exercise in shlock and silliness, even if it’s not the most memorable horror outing ever.