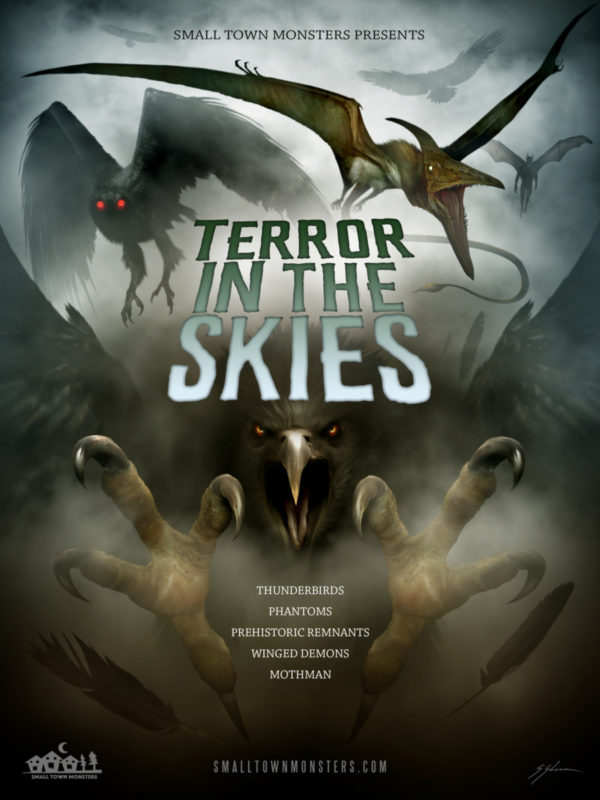 A documentary exploring the history and urban legends surrounding encounters with supernatural winged creatures sighted in the state of Illinois, told through first-person accounts and interviews with paranormal investigators.

Bigfoot, The Jersey Devil, The Chupacabra, The Beast of Bodmin Moor, and Mothman: These are just a few of the supposed monsters popularized as tourist destinations, fodder for TV/Film adaptations, and a pleasant time-suck for anyone wanting to jump down an internet rabbit hole from the comfort of their living room. Enter Terror in the Skies, the latest paranormal documentary from director Seth Breedlove. With a series of talking head interviews from eyewitnesses, researchers, and conspiracy theorists, Terror in the Skies focuses on a collection of flying cryptids in the state of Illinois (which apparently is something of a factory when it comes to creature-based urban legends).

With reenactments and eclectic animation, the film draws on the often-bloody history of Midwestern river communities. The exploration of these communities on the margins of the Ozarks and events that gave rise to the legends in the first place are some of the more compelling parts of the documentary, although they get limited screen time. Breedlove does eschew well-known cryptids – giving Mothman no more than a passing mention – in favor of a variety of giant “Thunderbirds” derived from Native American stories and investigated by paranormal devotees. Each chapter of the documentary explores a different variety of giant flying creature. Essentially, the film plays like an extended episode of Buzzfeed Unsolved with the skeptical viewpoint excised. 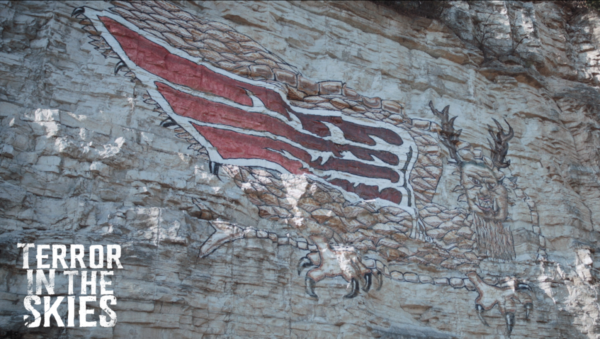 Birds the size of planes snatch children from their front yards. A man driving at night turns to his side to see a winged humanoid flying beside him. Grainy footage shakily follows a large bird as it glides behind bare trees. Eventually, the accounts veer away from simple animal sightings to vague theories of interdimensional beings, omens from the future, and other more explicitly supernatural phenomena. The more dubious sightings are chalked up to hidden actors seeking to stifle the truth by deliberately floating falsified accounts. The documentary feels in line with other pieces surrounding UFOs, the Bermuda Triangle, etc. In many ways, it harkens back to The X-Files era of generally harmless and enjoyably screwy conspiracy thought.

The film can be seen as a winding chronicle of American culture, beginning with Native American art and folklore, repurposed as newspaper headlines in the 1940s, and surfacing again as conspiracy theories and clickbait in 2019. In the closing moments of the film, one of the subjects posits that conspiracy theories and accounts of the paranormal are intrinsically laced into the fabric of American culture and will be remarked on, studied, and put on display by future cultures. Whether or not Terror in the Skies will be one of those museum pieces, it provides a compact, entertaining introduction to some of the B-side cryptids.