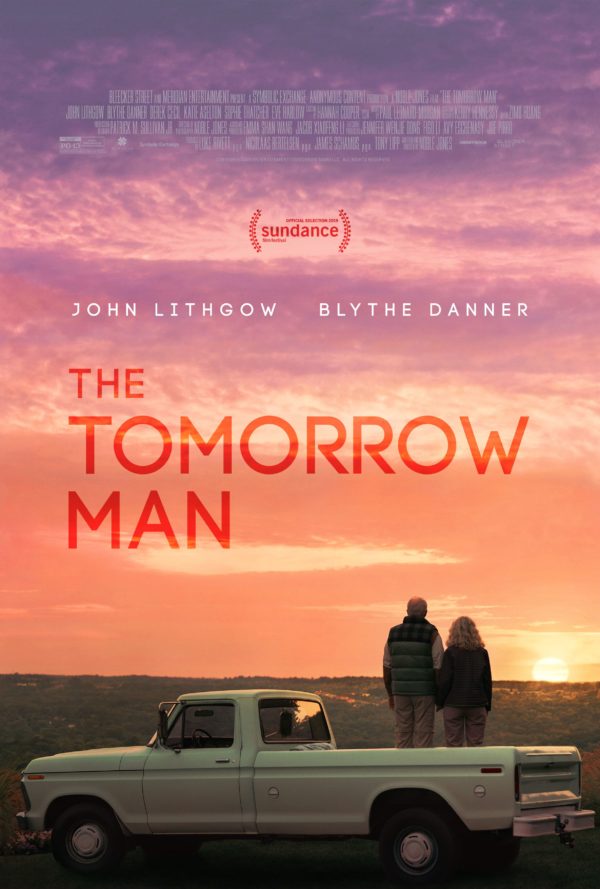 Ed Hemsler spends his life preparing for a disaster that may never come. Ronnie Meisner spends her life shopping for things she may never use. In a small. These two people will try to find love. 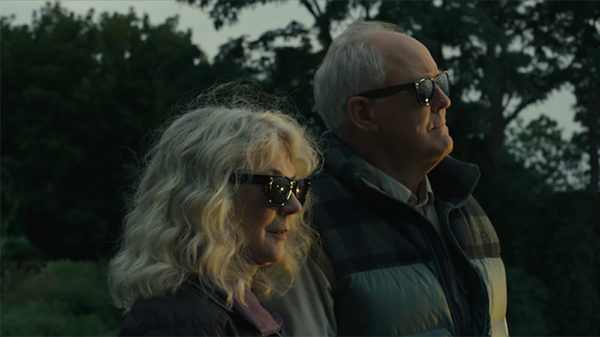 They really do make movies for everyone. The Tomorrow Man could be accurately described as a romantic dramedy aimed squarely at fearful conservatives that spend their time perpetuating ridiculous conspiracy theories (in this case, the protagonist is as sure as a bullet to the heart that the government is up to no good and about to bring forth some form of the apocalypse), creepily persisting to get to know women they fancy (one of the first scenes involves a man intentionally using parking spaces to his advantage to block a woman from leaving until he moves his own car, thus ensuring a conversation takes place), and easily get baited into ranting about their asinine political beliefs over Thanksgiving dinner with the family. Not since Fifty Shades of Grey have I ever wanted to jump into the screen and steer a vulnerable and fragile woman away from such abnormal behavior.

Fortunately for first-time writer and director Noble Jones (apparently most known for working on music videos collaborating with very well-known talents such as Taylor Swift, which shows considering the panned back cinematography, wide angles, and lighting all give the experience a mood of melancholy and beauty), John Lithgow is able to take the character of Ed and offset the abundantly clear craziness going on in his mind with likable charm and an air of kindheartedness so that we understand he is harmless. It also allows the script to humanize some of these confusing right-wing beliefs (it’s also worth noting that Ed is thankfully not a neo-Nazi or anything extreme, but rather the kind of guy that would believe anything he hears that supports his narrative while drilling into everyone else to not believe everything they see or hear). There’s more to him than fear-mongering about the end of the world because he ended up on the wrong corner of the Internet (Ed frequently socializes in online chat rooms where he has built up quite the reputation as a sage on his perceived current state of the world). 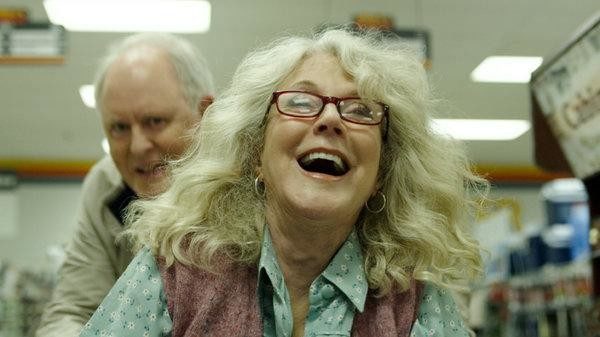 Ed is convinced doomsday it’s on its way, even if his own son brushes it off over the phone as the crazy talk from a delusional grandpa. Still receiving retirement checks, Ed continuously uses the money to stock up on canned goods and any other supplies one would want when things like technology and social constructs are no more. Being the socially maladjusted geezer he is, Ed also stores all of this in a makeshift bunker camouflaged away, loaded with all of the above and more including power generators. He’s thought of everything and truly lives his life in fear for reasons that become more clear as the film intriguingly picks the character apart.

During his obsessive convenience store shopping, he comes across a seemingly lonely woman named Ronnie (Blythe Danner, taking a questionably written character and weaving her into something complex that this shoddily penned film doesn’t really deserve) and, showing his daftness, quickly comes to the incorrect conclusion that because she also purchases items in bulk, is also preparing for something life-changing. Ed makes more than one remark that should tip her off that he’s got a few screws loose, but they end up developing a bond anyway through their adoration for hoarding. Now, Ronnie is collecting items for a much different reason, but it still comes from a place of fear and allows audiences to examine these characteristics from multiple perspectives. It’s just a shame that the story spends more time on the possibly mentally unstable man pushing his ideas onto this woman and the family he has successfully alienated (outside of his granddaughter played by Sophie Thatcher that aligns herself with him as a “fuck you” to her polite and well-mannered father). 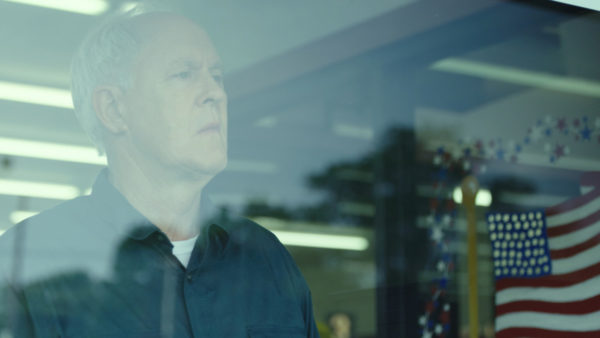 The Tomorrow Man eventually attempts humbling Ed on all his bizarre beliefs but also throws a lot of unbelievable and goofy nonsense out there during the final 30 minutes. Ignoring the all too predictable hospital visit that unfortunately seems mandatory in narratives starring old people, there’s a pointless twist involving a minor supporting character and an event way towards the end that, while it is subversive, comes at the expense of justifying every negative trait Ed carries. The acting and chemistry between John Lithgow and Blythe Danner are there, as they make something uncomfortable that shouldn’t work come across as charming, but aspects of the script and story are poorly thought out and leave a sour taste once the credits rolled. There’s no rush to watch The Tomorrow Man; just keep telling yourself you will get around to it tomorrow. Unless you’re in your 60s and enjoy watching Fox News, then you might love it.