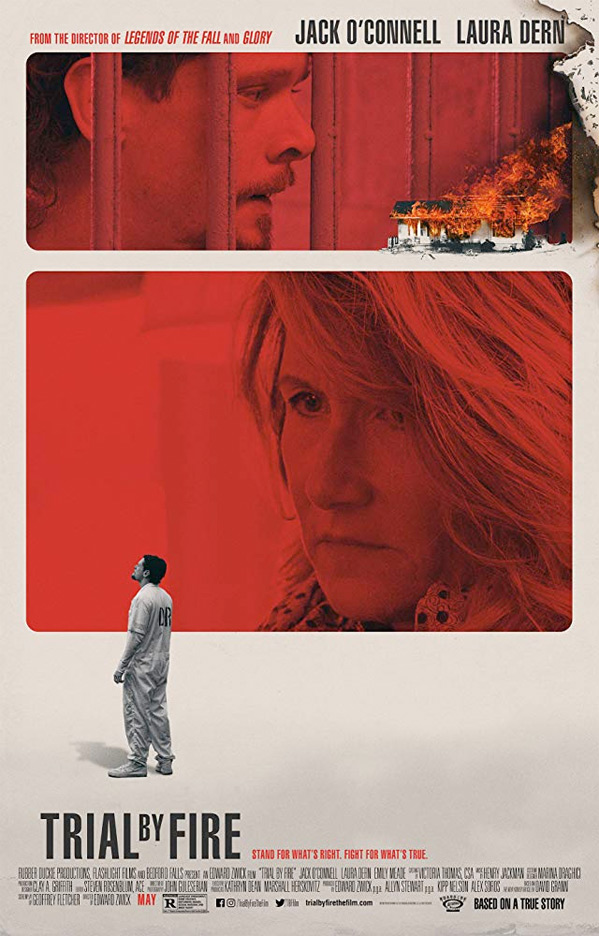 The tragic and controversial story of Cameron Todd Willingham, who was executed in Texas for killing his three children after scientific evidence and expert testimony that bolstered his claims of innocence were suppressed. 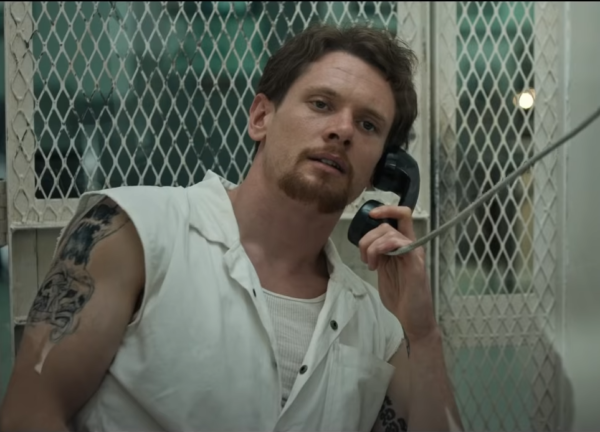 Trial by Fire makes a strong argument that while Cameron Todd Willingham was an abuser and mentally unstable, he did not murder his own three babies in an arson-related incident involving the family home. Subsequently, the state of Texas murdered an innocent man via the death penalty, ignoring this new evidence from a specialty doctor making use of emerging ideas and technology to get to the bottom of what really happened on that tragic night. On that front, respectable filmmaker Edward Zwick’s (Blood Diamond, The Last Samurai) adaptation (Geoffrey Fletcher’s script is influenced by David Grann’s New Yorker article) functions well as a straightforward analysis containing propulsive momentum, outstanding performances from Jack O’Connell and Laura Dern (the former is explosive as a white-trash degenerate whose only saving grace is his love for his babies, and also excels years into his sentence as a somewhat reformed and educated prisoner), and an engaging race against the clock finale even if we know the outcome.

In other words, the film succeeds as a middle budget adult-oriented drama that rarely reaches theaters in the current cinematic landscape, but this particular case got me wondering something that it’s a shame that Trial by Fire doesn’t explore more. Let’s say Cameron was found innocent before cleaning up his act; what happens when he is released? His wife Stacy (Emily Meade) is convinced that the dark-minded, heavy metal enthusiast, mentally and physically abusive significant other is a good person. These people have a toxic relationship, one where both parties cheat on one another and show no signs of sincere romantic affection toward one another. They stay together for the children.

There is something uncomfortable about Cameron, someone that desperately needs help, potentially being free on the streets if no evidence ties him to the crime, which is presumably why the court case was such a disaster filled with witnesses giving contradicting statements to fellow inmates being given reduced sentences to make up false confessions. Even the initial investigative team immediately chalked it up as arson-related murder without a proper search conducted. Cameron himself is unhinged in the courtroom and doesn’t help the situation. Obviously, from these people to the government itself, all of what happens here is wrong, but it’s reasonable to emphasize with the civilians that likely just wanted the local lunatic gone from the neighborhood.

What that said, Trial by Fire could have broken free from familiarity (although I must admit, the film is pretty damn compelling as is) by expanding on these smaller characters and their motivations so that when it comes time for lethal injection, a greater juxtaposition can be made between their current state of mind and the actions that led to these consequences. The same could be said for Stacy, who kind of disappears from the film as soon as she cuts ties with Cameron, which is unfortunate as her coping with this horrific incident and moving on is just as fascinating as the usual prison character development. 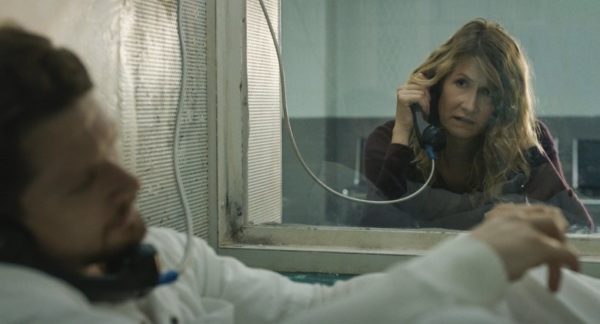 Anyway, in a strange turn of events, Cameron comes into contact with notable writer Elizabeth Gilbert (Laura Dern), and she eventually comes to visit him after exchanging a few letters. Naturally, she is caught off guard by his calm and collected demeanor (as is the audience considering it’s a total 180 from such a loose cannon that it’s hard not to think Cameron is guilty from the beginning) and recognizes that, even after six years, he still has fond memories of his children and thinks about them 24/7. She starts to buy into his innocence, and to be fair, Cameron probably was innocent, especially when we see a reenactment of how the fire likely really started. Jack O’Connell is not just switching roles entirely though, as, like a monster that can’t be tamed, the anger issues and self-destructive tendencies are still there and can lash out at any moment if provoked the wrong way or more specifically, by the wrong person. It adds another layer to the wonderment of what would be if Cameron escaped wrongful termination and was reintegrated back into society. Some characters actually fear this, which opens up another can of worms to this mess.

Edward Zwick is more concerned with restrained melodrama; he lingers on certain shots (many of which involve the death penalty chair including the long walk to the room), the score by Henry Jackman is designed to accentuate those manipulative story beats, and there is hallucinogenic imagery of Cameron interacting with his daughter as if she never died. Also present is the clichéd inmate that offers useful prison advice before dying and the stereotypical tough guy guard that opens up his softer side over time, probably because even he realizes the man is innocent. Jack O’Connell and Laura Dern put in some serious work, but for as good as Trial by Fire is in terms of craftsmanship, there’s still a missed opportunity to evaluate the whole clusterfuck from a fresher perspective. 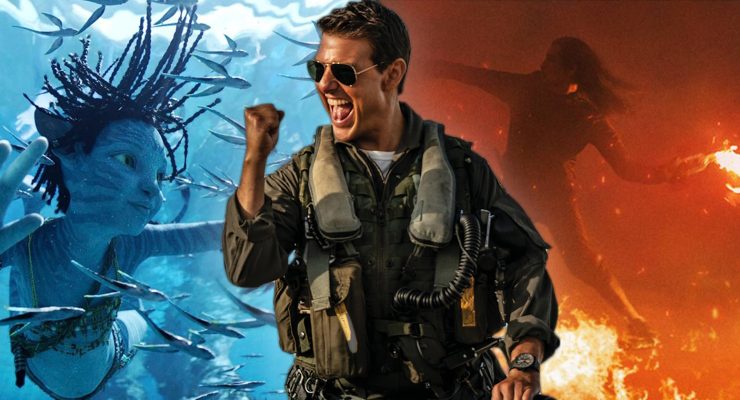