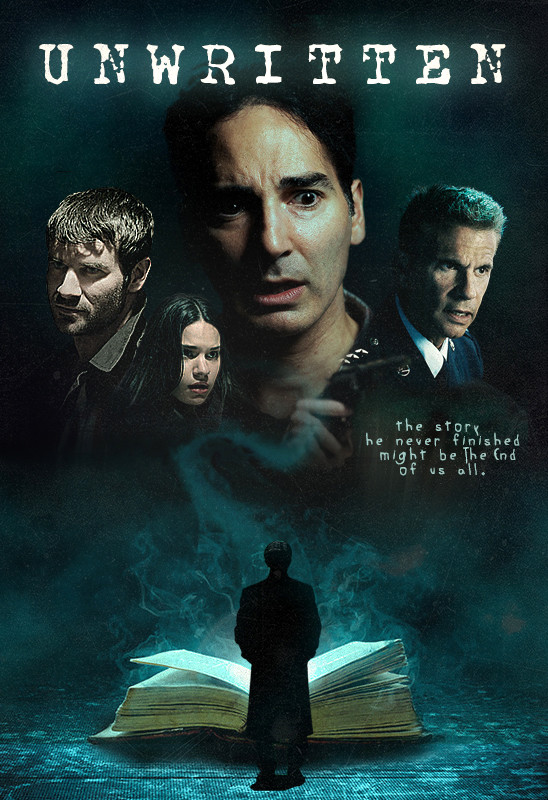 Albert (Gabriel Burrafato) is an agoraphobic bookstore owner and washed up novelist who shuts himself off from the world. An unfinished story haunts his dreams while an estranged daughter (Brittany Hoza) shows up after years of separation to honour her mother’s dying wishes. Convinced that one character has burst forth from his sub-conscious to end the world Albert begins to spiral into insanity. 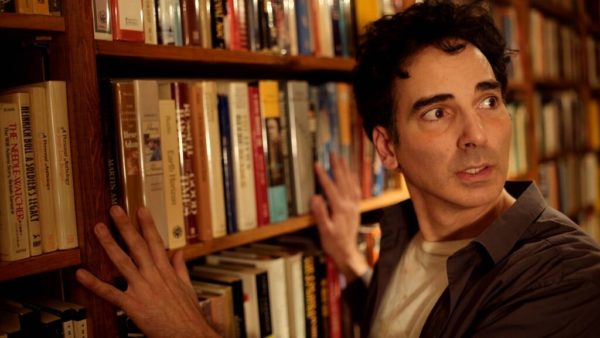 Unwritten’s intriguing premise and tight running time promise much but unfortunately fail to deliver. Gabriel Burrafacto’s performance is committed enough but beyond that events create minimal tension or interest. Neven has given us a claustrophobic atmosphere of narrow bookshelves, shafts of defused sunlight and overwhelming squalor, yet wastes time on a narrative which perpetually treads water. Although that key location is essential in creating audience involvement, his paper thin storyline and limited character development quash any impact this might have. Flashbacks disrupt rather than enrich the film and also obvious budgetary limitations undermine believability. Sound design also inhibits rather than underpinning key moments where the music verges on intrusive, doing nothing to aid Neven’s cause.

By playing out the story within Gabriel’s sub-conscious and combining that with flashbacks to a childhood trauma Neven fills in essential character motivation, yet somehow distances his audience. This perpetual lack of drama means that Unwritten is bland and obviously contrived which becomes more as things progress. There is little emotional impact conveyed during the childhood sequences and they feel unconvincing and somehow wooden as does much of this film. Surprisingly performances across the board are perhaps the only saving grace in a movie with so little substance. 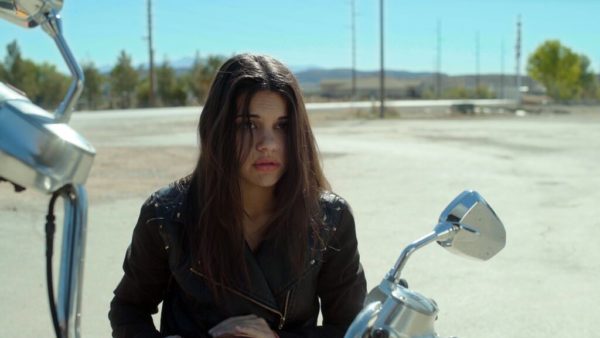 All involved give it their best shot and work wonders with this material pulling drama like teeth from the insubstantial fabric which their dialogue represents. Flat direction means that many scenes have no sense of movement either literally or narratively, which is why in many ways Unwritten would have worked better on stage. As a medium theatre makes more sense than film on this occasion, as performances on stage can often make up for a weak story. Combine that with the immediacy of stage acting and even an obvious twist would gain some dramatic credence as live performance dictates audiences engage. Perhaps Neven might consider that for Unwritten as it does nothing but disappoint on screen.

Pacing is also problematic as things feel pedestrian especially around the mid-section, where segues off into sub-conscious arenas of narrative enquiry drag like bodies on concrete. Character arcs are laughably thin and resolutions are far too convenient which smacks of lazy writing rather than character driven dialogue resolution. Secondary characters suspect, threaten and forgive far too quickly while that run time makes it all feel truncated. Everything that happens seems to take an awful long time and scenes feel stretched rather than concise or progressive. To have a quote from Ernest Hemingway front and centre is ludicrously presumptuous, when you consider that for many he remains untouchable. A writer’s job maybe to create living people not characters but they need to be interesting, which is something Neven needs to address going forward.