Paramount Pictures is looking to get itself in on the superhero business, with producer Steven Paul (Ghost Rider, Ghost in the Shell) announcing at Cannes that he has acquired a majority holding in Atlas Comics and signed a co-production and co-financing deal with the studio to develop, produce and distribute superhero movies based upon the Atlas library. 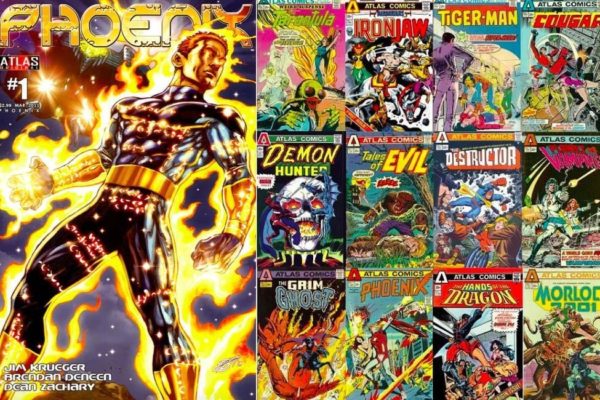 Atlas Comics launched in the 1950s as a division of Martin Goodman’s Timely Publications, which was renamed to Marvel Comics in the 1960s. After selling his publishing holdings, Goodman and his son Charles ‘Chip’ Goodman relaunched Atlas/Seaboard Comics in 1974.

Along with the Paramount deal, Paul has tapped Akiva Goldsman (Batman Forever, I Am Legend) to oversee a nine-person writers room to build out and develop projects from Atlas’ roster of characters, which include the likes of Demon Hunter, Devilina, Grim Ghost, The Scorpion, and Tiger-Man.

“What an opportunity that we have with the Atlas universe, which spans so many genres: superheroes, sci-fi, fantasy, supernatural, horror, creatures, vampires, cops, cowboys, soldiers,” said Goldsman. “The breadth of this material is extraordinary.”

“Steven Paul, Akiva Goldsman and the whole team at the singularly iconic Paramount Pictures bring a level of talent and enthusiasm to this venture that carries my family’s body of work in the comic book industry into filmed entertainment,” added Jason Goodman, grandson of Martin Goodman.

The plan is to be ready to begin production on a first movie in the second quarter of 2020 for release in 2021, with at least one superhero project produced and released every year after that.