Ridley Scott is going to return to direct another prequel in the Alien franchise according to a report in Variety. Alien is one of cinema’s longest-running movie franchises but the last two prequels, Prometheus and Alien: Covenant, haven’t made the same impact as the earlier movies. Coupled with the franchise moving to Disney as part of the Fox deal, and many thought this might be the end of the sci-fi series on the big screen.

However, according to a report in Variety, not only is there a script written for another Alien prequel but Scott will be coming back to the director’s chair. Further to this, THR‘s recent piece saw Scott give some comments on the future of the franchise:

“You get to the point when you say, ‘Okay, it’s dead in the water. I think Alien vs. Predator was a daft idea. And I’m not sure it did very well or not, I don’t know. But it somehow brought down the beast. And I said to them, ‘Listen, you can resurrect this, but we have to go back to scratch and go to a prequel, if you like.’ So we go to Prometheus, which was not bad actually. But you know, there’s no alien in it, except the baby at the end that showed, itself, the possibility. I mean, it had the silhouette of an alien, right? The alien [origin concept] is uniquely attached to Mother Nature. It simply comes off a wood beetle that will lay eggs inside some unsuspecting insect. And in so doing, the form of the egg will become the host for this new creature. That’s hideous. But that was what it was. And you can’t keep repeating that because the joke gets boring. So we’re looking where we’re going to evolve.”

Fingers crossed, if Alien does come back, they can find a fresh approach that excites audiences.

Are you interested in seeing another Alien prequel from Ridley Scott? Let us know your thoughts in the comments below or tweet us @FlickeringMyth… 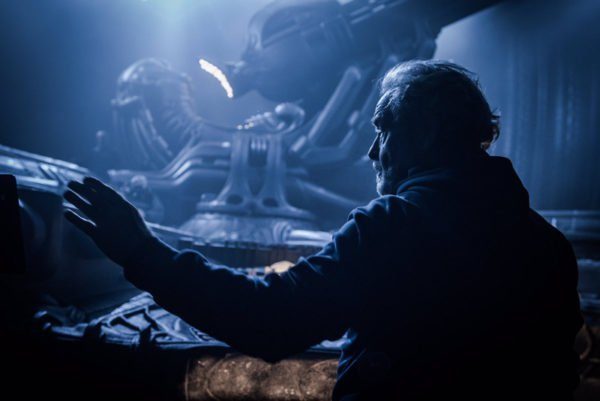