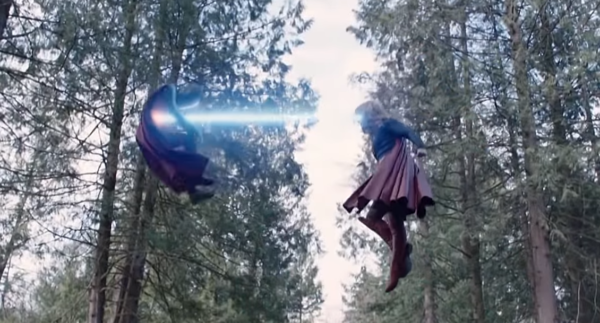 Although the title might suggest otherwise this has nothing to do with John Milius, teenage Americans in a cold war state of mind or iron curtains of any kind. However there are illusions to world domination, small Eastern bloc countries controlled by invisible masterminds and a good dash of megalomania, so maybe there are elements of Milius after all. Lex might loom large whilst being conspicuously absent, Lena and Lillian might be communicating again whilst Brainiac does things a differently, yet other events ensure Red Dawn remaining interesting.

With time travel portals, enhanced humans littered everywhere and Lockwood still on the rampage Supergirl is turning into a free for all. Goalposts are being constantly moved, antes are being upped and revelations are coming like rapid fire overhead. Dream sequences are starting to spread light on relationships while team ups are becoming more and more bizarre. So many characters are working off agendas of self-interest that the boundaries between good or evil are subjective. Double dealing heads of state, political chicanery and emotional confrontations are now par for the course in a season which refuses to go quietly. 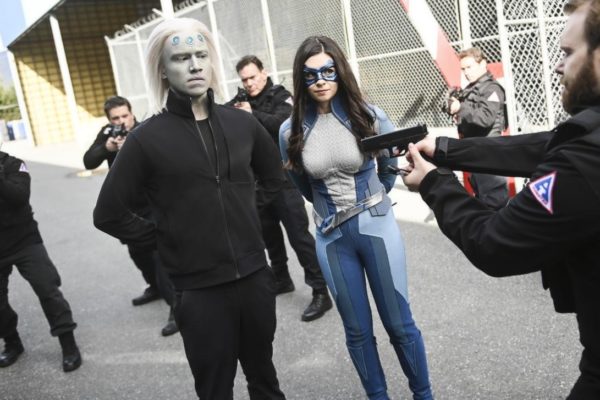 Between the Martian man hunter, DEO restrictions and Russian super clones you have to wonder how these show runners intend closing things off. Alex may remember, James might be cured and Lockwood could see the error of his ways, but ultimately this fight is between Kara and Lex. He has undermined, manipulated and coerced whole countries to manoeuvre all his pieces into place. She has questioned, cajoled and been relentless in trying to stop him. In the imminent finale which will conclude season four there promises to be more than a few surprises, as National City stands its ground against whatever Luthor has left.

In the last forty minutes there are now so many component parts under threat that taking sides seems futile. A combination of blind luck and preparation promises to challenge our expectations as wars are waged. Any form of defence has now been dismantled from within and the man guiding this ship is only a figurehead. Crucial decisions and new information have put everyone on the back foot and allegiances are being made in the most unexpected places. If this is the precursor to a Red Dawn then blood will be spilt this night.