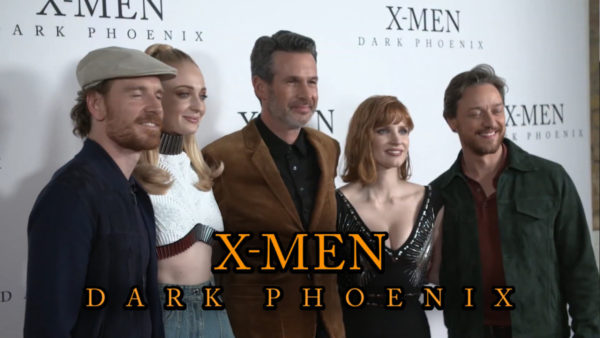 The cast and crew of X-Men: Dark Phoenix were in London yesterday to present a special sneak peek at the next (and final) instalment in 20th Century Fox’s long-running X-Men franchise. You can watch highlights of the event, including a Q&A with stars Sophie Turner, Jessica Chastain, Michael Fassbender and James McAvoy, director Simon Kinberg and producer Hutch Parker here…

“In Dark Phoenix, the X-Men face their most formidable and powerful foe: one of their own, Jean Grey. During a rescue mission in space, Jean is nearly killed when she is hit by a mysterious cosmic force. Once she returns home, this force not only makes her infinitely more powerful, but far more unstable. Wrestling with this entity inside her, Jean unleashes her powers in ways she can neither comprehend nor contain.”