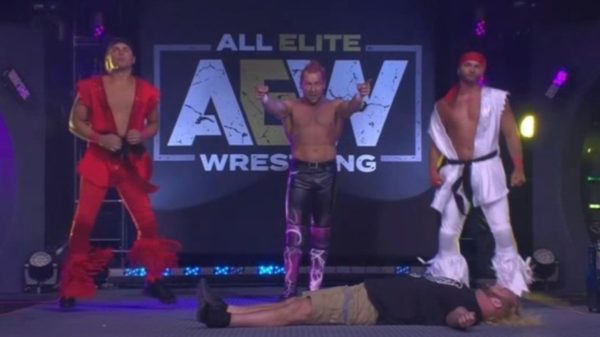 The second official All Elite Wrestling show is in the books, and while Fyter Fest wasn’t a knock-out like Double Or Nothing, it still provided some great moments. The live event streamed for free in the US served as an excellent way to build towards their upcoming major event ALL OUT. With no weekly show on television and not every fan tuning into the YouTube series Being The Elite, not everyone is up to date with stories and bookings, so using these shows to start or continue feuds is quite smart.

Check out these five amazing moments (and one lousy moment) from AEW Fyter Fest, and don’t forget to share your thoughts below! 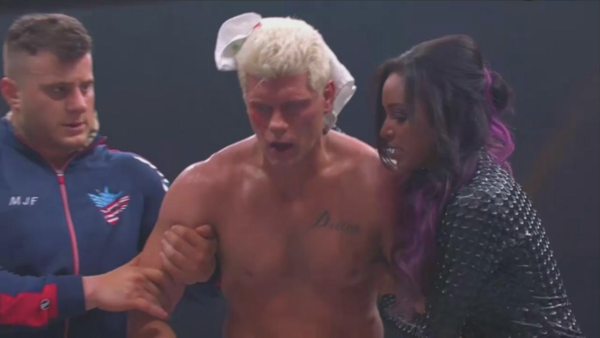 The unprotected chair shot wasn’t edgy, shocking, or needed. If it was an accident, they need to work out some kinks. If it wasn’t an accident, then everyone involved with the spot needs to re-think some things. 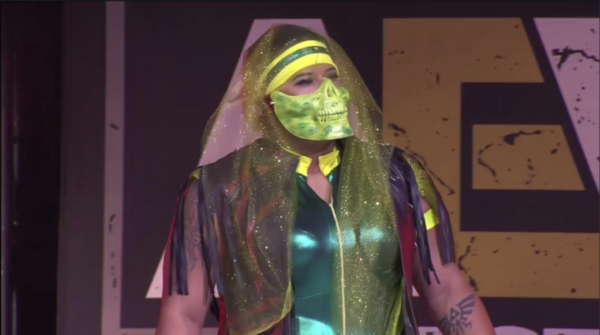 From the entrance to her in-ring storytelling, Nyla Rose felt like an absolute monster in her triple threat match. Facing off against Joshi superstars Riho and Yuka Sakazaki is no easy task as the Japanse style of women’s wrestling is notoriously aggressive, but Nyla held her own against the two smaller but faster women.

After Awesome Kong stole Nyla Rose’s thunder of being the most imposing woman on the roster, Rose needed this match to assert herself back to the top of the division. Not only is she a powerhouse, but she delivered a few high spots throughout the bout. Even though Riho won here, Nyla walked away as the one to watch. 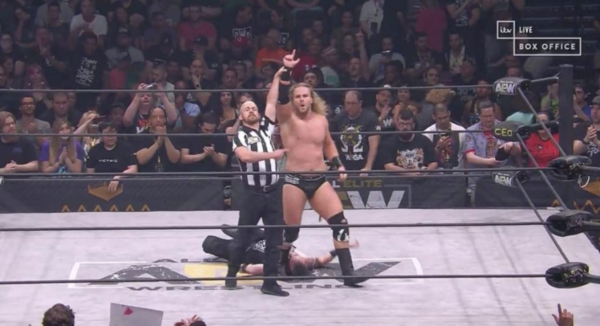 Fatal Four-ways are difficult to perfect as there’s usually a lot of moving pieces in a small amount of time. Thankfully, AEW did the best they could with four of its brightest young stars. MJF, Hangman Adam Page, Jimmy Havoc, and Jungle Boy took it upon themselves to show that it isn’t just the former WWE or big indie names that make this company, it’s talents like this.

Two of the standouts from the match were MJF, who plays one of the best heels in the business, and Jungle Boy. Jungle Boy feels like a star with his unique look, great moves, and dinosaur sidekick. Yes, you read that correctly. Hangman Adam Page won the bout though, and he looks to face Kip Sabian after this match, all on his way to fight Chris Jericho for the All Elite Wrestling World Title.

3. Darby Allin Is A Star 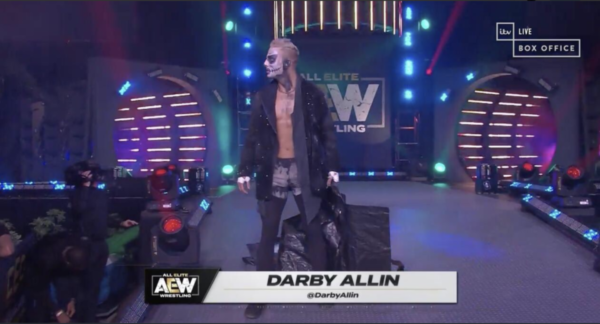 There’s a thing called the “IT Factor,” and some people just got it. Darby Allin is one of the lucky few as he possesses that little extra something that screams mega-star. The look is unique, the attitude is fresh, and he seems to enjoy being strange.

But it’s more than some brutal bumps and a weird persona, Darby Allin held his own with Cody and told a great story. Darby Allin isn’t just a man who loves pain; he can go in the ring with some impressive moves. He played the young newcomer going up against the veteran and being able to take more than expected. 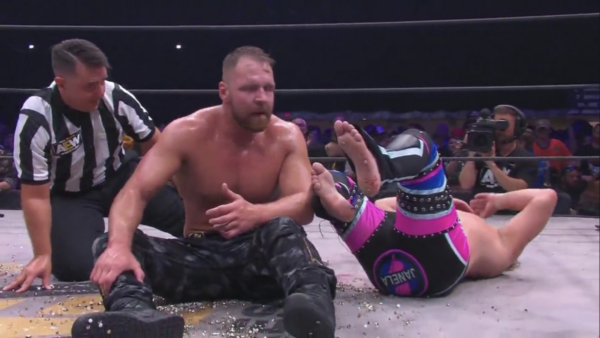 With the two men involved in the match, you’d expect some of the grossest moments in wrestling, but thankfully Joey Janela and Jon Moxley worked the right type of violence into this. All Elite Wrestling is still trying to build itself up, and you don’t ever want to get your brand wrong, and I don’t see AEW as “extreme violence.” The type of stuff Moxley and Janela did was obviously above the kind of things you’d see in a WWE match, but it wasn’t a death match by any means.

The stand-out spot from this battle is the thumbtacks on the feet of Joey Janela. Jon Moxley gleefully poured hundreds of tacks in the ring and violently threw Janela, feet first, on them. The screams from Janela sold the moment as well!

1. Planning For The Future 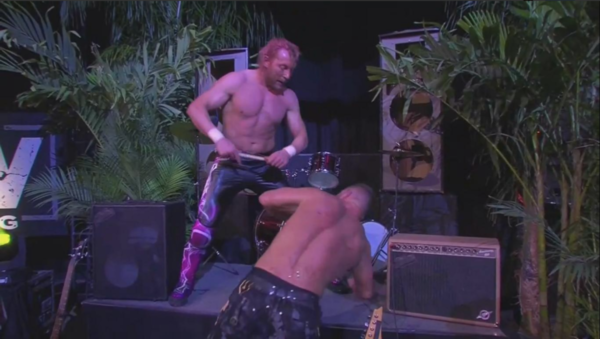 With such an important event like ALL OUT coming soon for All Elite Wrestling, it was amazing to see them take this moment to set forth some great plans. Much like a cinematic universe in movies, you need to find the balance of living in the moment and still gearing it towards an end goal.

Take the end of the show as a great example. Jon Moxley made his debut at Double or Nothing by running in after a Chris Jericho and Kenny Omega match to attack both men. But he targeted Omega with a little extra bit of attention. Now, after Moxley’s first AEW match at Fyter Fest, Omega attacks him. The best part? Moxley seemed to like it. Like he planned for this to happen and wants the punishment from Omega. Moxley must think if you’re going to be the best, you must beat the best.

What did you think of Fyter Fest? What were your favorite moments from the second AEW show? Let your feelings known in the comments below, or by reaching us on Twitter at @FlickeringMyth…