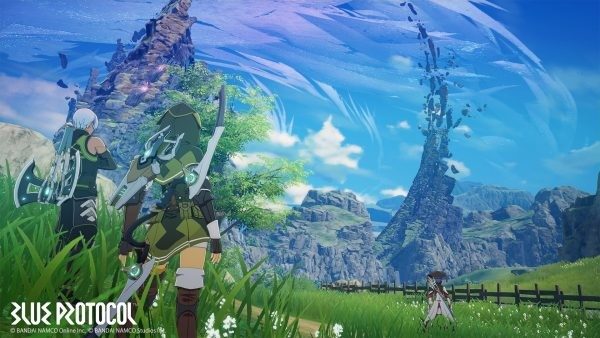 Blue Protocol is currently under development at “Project Sky Blue” – a joint team effort between Bandai Namco Online and Bandai Namco Studios. Using the capabilities of Unreal Engine 4, the game is reportedly set in a world with “overwhelming graphics along the lines of anime movies” (seen in the image above). Blue Protocol will also include a multiplayer element that “utilises the qualities of an online game”.

“The world is on the brink of devastation, now is the time to unite”, says the game’s brief description. March on with friends and strangers, and defeat foes beyond your might. Travel through space and time, to change the future beyond this fight!”

Unfortunately, that is all the details we have on Blue Protocol so far, but except more news in the near future.