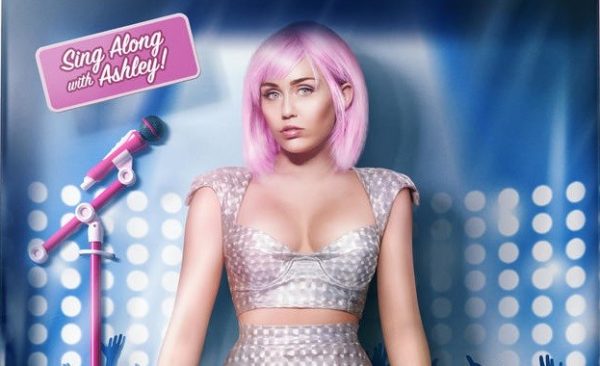 Apart from the syntactic call back to a sweet natured provincial sex comedy worked into that title, this episode focuses on grief and how we process it. Similar thematically to Smithereens, Brooker explores the coping mechanisms we all employ and what comes from that. He also digs into the idea of image copyright either facial, physical or psychological which is very much front and centre right now. Actors have become increasingly cautious as the initial advantages of longevity within their chosen field also represented a tangible risk that they might become obsolete. Arguments abound on both sides and Brooker is savvy enough to remain even handed within the narrative presenting both sides of the coin.

Image debates comes no bigger or better than Miley Cyrus as Ashley O who embraces the role and drops a wink as art occasionally imitates life. Fighting to remain relevant, dynamic and appealing Cyrus must have been drawn to the role as it allows her a sense of artistic catharsis without airing any dirty laundry in public. As O she is isolated within an image and brand which no longer represents her artistic direction but merely appeals to current expectations. Manufactured product within the music industry is nothing new as anyone who has cast an eye over K-Pop will confirm, but people would be foolish to think such things were not lucrative. That then is where we currently sit and Brooker does the sensible thing here and takes it one step further.

Ashley Too is a talking doll with Alexa overtones filled with life affirming soundbites, motivational epiphanies and synthesised encouragement aimed at her core demographic. Appealingly on brand, children around the world can now have their own Ashley O at home to drive home that all important market share. More than anything music is now about making money not music just as film is facing a similar uphill struggle. Creativity is being blunted, packaged and coerced into safe little boxes which is both sad and undeniably corporate.

However to counteract all the image debates, celebrity discussion and grief analysis is a ray of light from Brooker. Here at least he punctuates the gloom and doom with some sort of narrative compromise which offers us a laurel branch come the conclusion. Much more of a warning shot across the bows than Smithereens which did nothing but underline an addiction which holds a majority enthralled here at least there is hope.