As Vampirella celebrates her milestone 50th anniversary, Dynamite Entertainment is set to mark the occasion with a brand new series from critically acclaimed writer Christopher Priest (Black Panther, Deathstroke, Justice League), which will launch in July 2019. 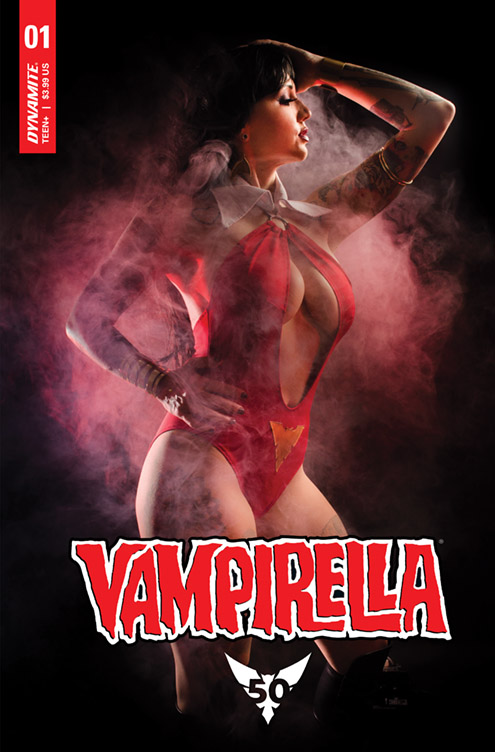 “This version of Vampirella is set in the real world, as real as I’m allowed to make it,” states Christopher Priest. “What if an alien from another planet were stranded here? What if that alien looked like one of the Kardashians and wore barely any clothing at all? And had fangs, drank blood and sprouted bat wings? We’d assume she was a vampire. But she’s not a creature of occult origins. She’s a Martian who’s now stuck here with us idiots who stereotype her as this THING because she looks and functions a certain way. That would seem to be an allegory for how we treat each other; for racism, xenophobia, homophobia and religious persecution.”

“I’m having a blast writing this thing and artist Ergün Gündüz is an absolute gift to me,” he continues. “His intuition, sensitivity, and stellar sequential art chops are simply amazing; a refreshing break from the superhero house style. His amazing color rendering takes the work to an even higher level, making me look and sound smarter than I actually am.”

“Priest’s powerful storytelling pierced through my heart like a stake,” adds artist Ergün Gündüz. “The story is so thrilling and delightful that I’ve set my hand free, it’s drawing by itself. Neither I nor readers can have enough of this Vampirella.” 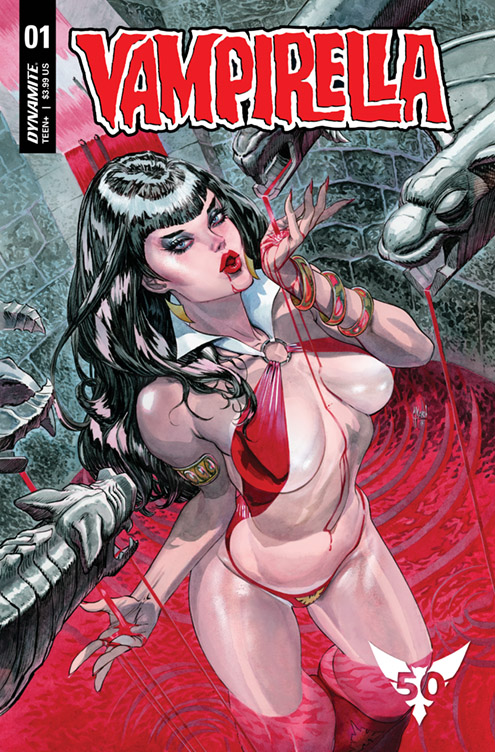 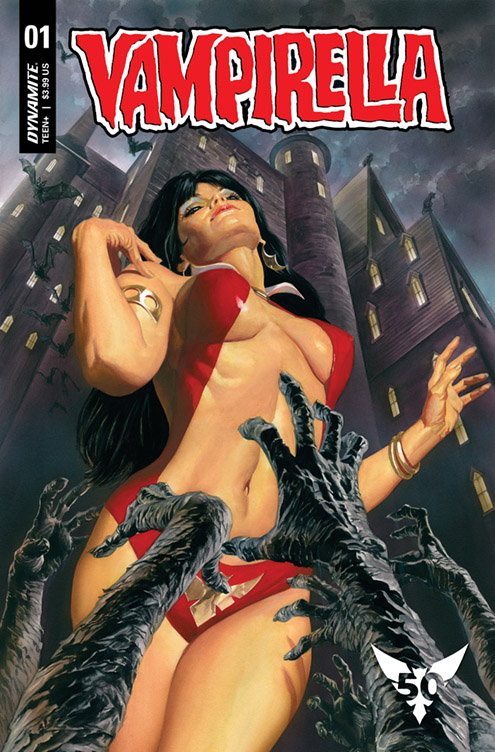 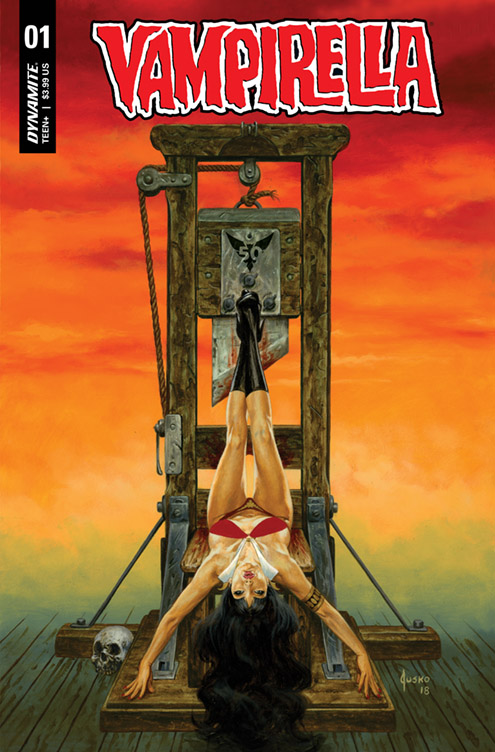 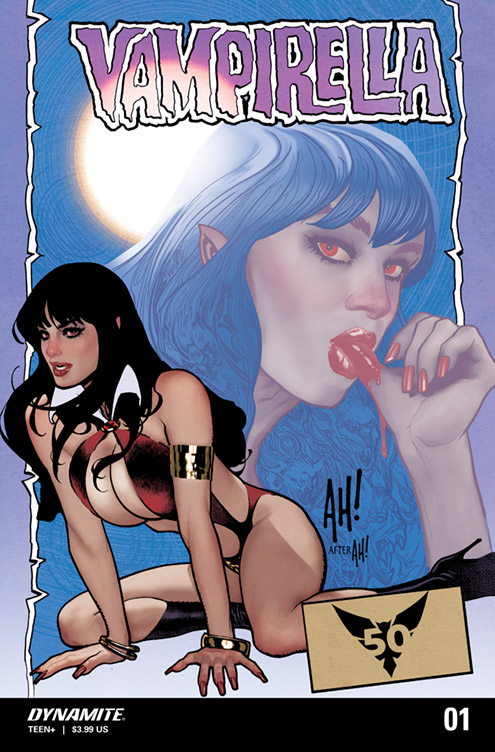 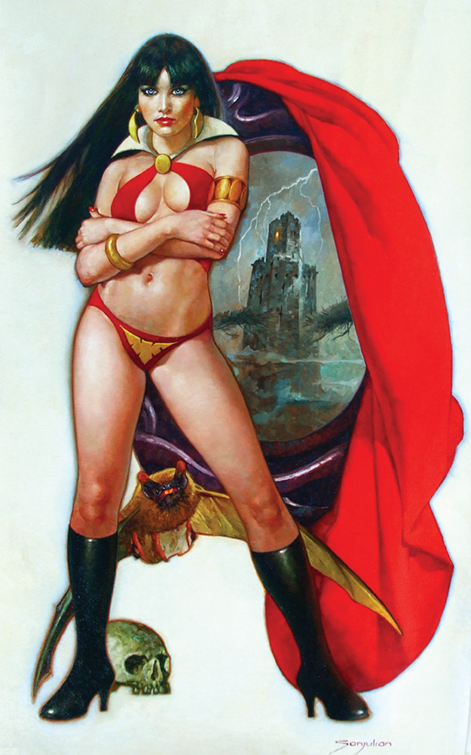 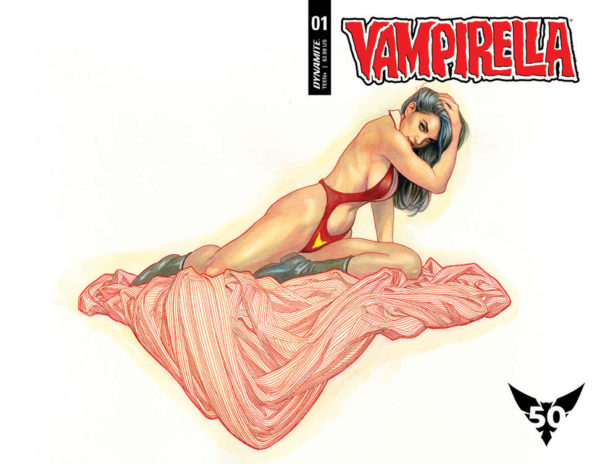 “This is a truly historic moment for Vampirella and Dynamite as each celebrates a landmark anniversary year in 2019! I have wanted to work with Christopher Priest forever and we had talked about it for years, but with his workload he couldn’t commit to a project. Finally, knowing that to get him I had to talk to him face to face, I drove up to see him at Terrificon, and basically said ‘this is a once-in-a-lifetime opportunity to write the new Vampirella series for her 50th Anniversary. Give it some thought on your flight home. You’re either in or out, and I hope you’re in. I know you’ll do her justice’ and thankfully, he said yes,” said Nick Barrucci, Dynamite CEO and Publisher. “Everyone knows, and if they don’t they should know, that Christopher is one of the most brilliant writers in the industry, and it’s a pleasure to treat fans to his inspired take on Vampirella. His story is fresh and inspired and he is taking her to places she’s never been. Priest’s body of work will stand the test of time like few others. I cannot think of many artists who can complement Priest’s scripts as well as Ergün does with his incredible execution. It truly is an honor to be working with these talented creators – a high water mark in my career.”