Tom Jolliffe takes a look back at the Australian outback classic, Wake In Fright… 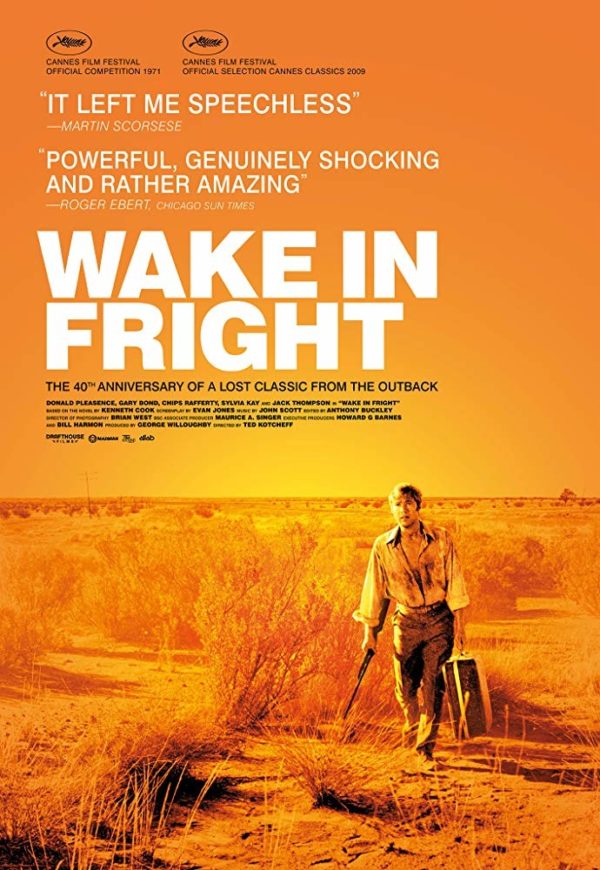 Occasionally I’ll see a film which almost escaped attention upon initial release. Perhaps a great piece of cinema that didn’t quite stick upon its release. Wake In Fright, a key landmark in Australian cinema never quite captured the world outside the land down under. So I feel it’s my civic duty to pass this information on to the readers at Flickering Myth.

For a time the film disappeared off the radar when the negatives had gone missing (before being found in 2004 in a shipping crate marked ‘for destruction’, to then be nicely restored). The film was nominated for the Palme D’or at Cannes. It’s been the called the best film about rural Australia ever (which was directed by a Canadian…Ted Kotcheff). Kotcheff, best known for First Blood, was a prolific and respected director back in the 70’s and early 80’s, before seeing a shift into making films like Weekend At Bernies. 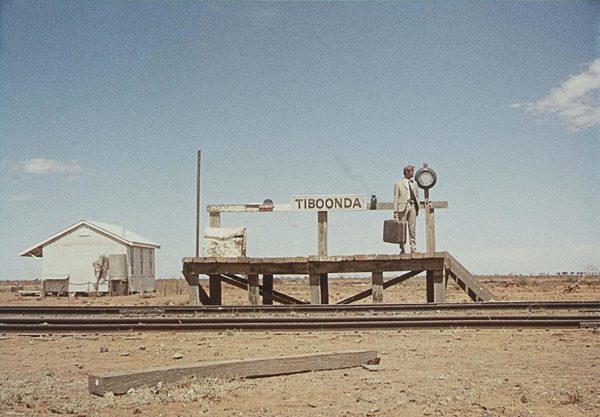 Wake In Fright tells the tale of a teacher, stationed in the remote Tiboonda (which is limited to a couple of buildings, a tiny train platform and beyond that, dust…lots of dust). John Grant (Gary Bond), on a government grant he can never quite pay off, is essentially imprisoned in his job, schooling kids at this remote, desolate outpost. Summer rolls in and he’s off to Sydney to see his girlfriend. Along the way he stops in Bundanyabba (known by locals as ‘the Yabba’) a small mining town. It has more to it than Tiboonda, but there-in lies the problem. Grant gets waylaid by the hospitality of the locals (who could drink the sea-levels down if the sea was actually beer). He then gets caught up in local games (gambling around coin tosses) and loses everything. From then on he’s left to the mercy of the locals who still remain willing to put him up, ply him with drink and take him along for the ride on hunts and drinking trips.

Shot in the outback in searing heat, Kotcheff upped the ante further by intensifying that feeling of sweaty discomfort. The film is intentionally devoid of any cooling colours. No greens, blues, everything is red, orange, yellow and brown, from the sets to lighting and costumes. Between Kotcheff’s vision and the work of the design departments and the cinematography of Brian West, the film looks both beautiful and intense. 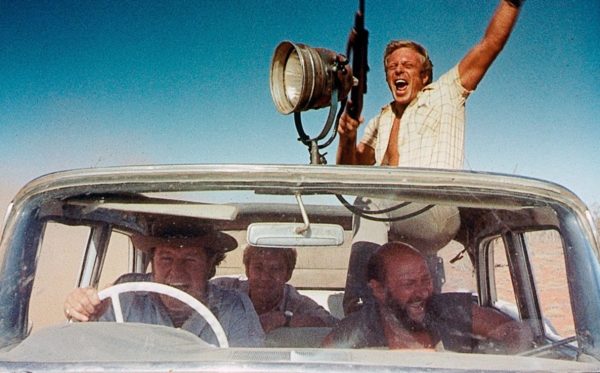 It’s an interesting purgatory that Grant finds himself in. A relentless Groundhog Day battle to escape, as he finds himself increasingly ‘localised.’ Grant is slowly losing his own identity in place of becoming a Yabba-ite, driving him mad. Gary Bond is superb as the teacher who seems incapable of quitting while he’s ahead. Destined to remain trapped, whether its in the Yabba, or back in Tiboonda when school term rolls back around. The bright lights of Sydney are forever out of reach, and a dream to escape to England with his girlfriend to begin again, are even further out. 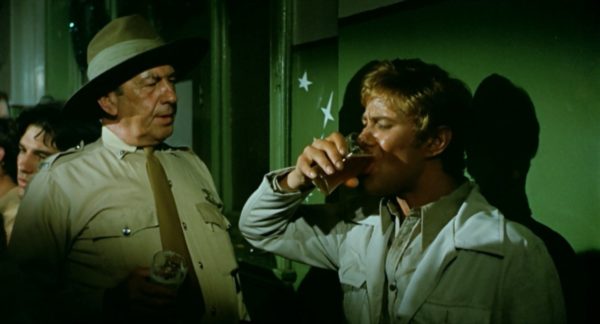 The support cast are an engaging mix, from Chips Rafferty (best actor name ever?) as a welcoming Sheriff (with a seeming hatred burning beneath the surface) to the local drinkers and hunters that Grant encounters on the way. Most notable in the film though is Donald Pleasance. To all intents and purposes he represents the long term destiny of someone like Grant, were he permanently trapped in ‘the Yabba.’ When Grant is left penniless, surviving on beer that the locals willingly and hospitably throw his way (almost to their own amusement) he encounters Doc (Pleasence) who has lived for years without spending a penny. Pleasence is exceptional. If you’ve only seen him as Blofeld or Dr Loomis in Halloween, you’ve not seen the unpredictable wildness he’s capable of. Doc Tydon is an unpredictable firecracker who drinks beer standing on his head. It’s a performance of free-wheeling, twitchy nuance, of a character at permanent adherence to impulse. 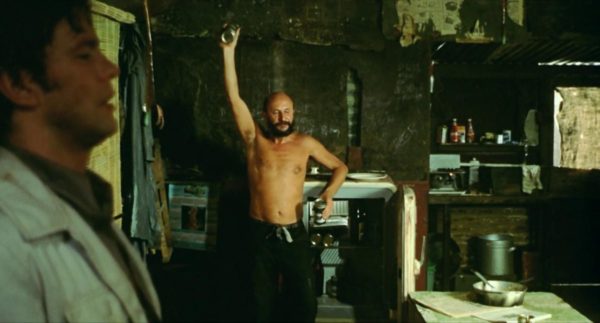 For those who’ve seen Wake In Fright, the film’s most notable and contentious scene is a gruesome Kangaroo hunt that Grant is whisked away to participate in. In keeping with the intense nature of the film, the hunt itself was done for real, with Kotcheff and a small crew following a real team of hunters (under the pretence of shooting a documentary). It doesn’t make for easy viewing but doesn’t hide from the outback hunters culture.

Wake in Fright is a quirky and characterful Oz classic. A metaphorical journey into purgatory and an intensely discomforting work of art. Kotcheff has never been more fiercely gripping (even in First Blood). Currently available on the BFI player for those interested in seeing a unique and engaging film, and who feel they can stomach the hunt sequence. The film deals with all manner of repression in a realm where the inhabitants are lost to the numbing waves of beer.

Have you seen Wake in Fright? Let us know on Twitter @flickeringmyth and in the comments below.