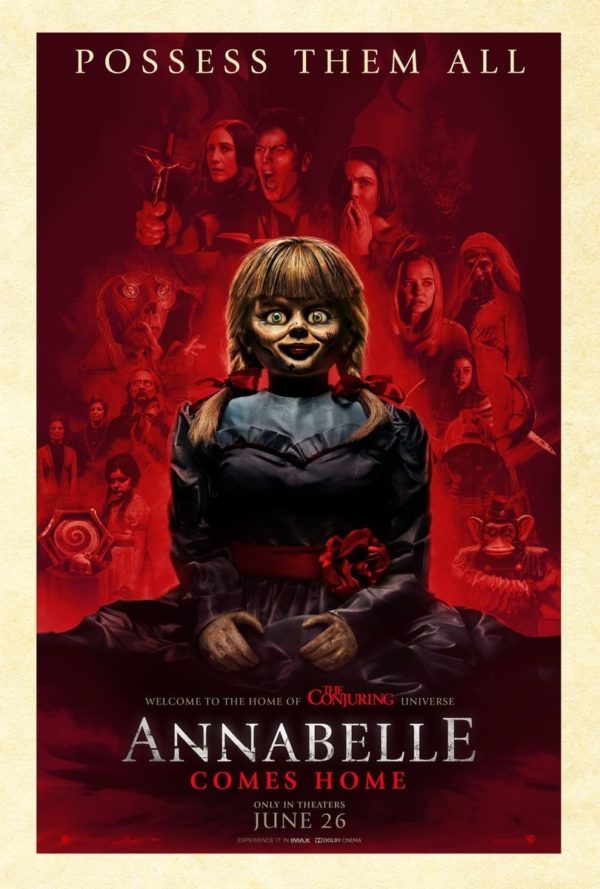 The haunted doll Annabelle unleashes all of her ghost friends in the house of her greatest enemies, The Warrens. But this time, she will face off with their daughter and her two babysitters. 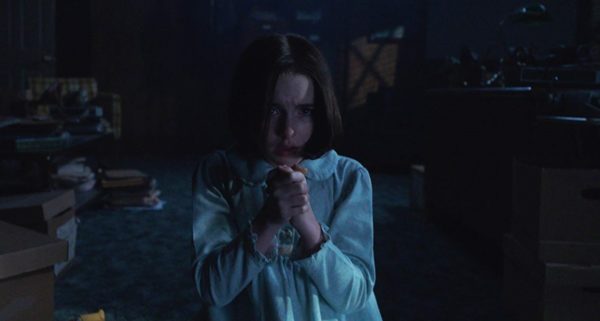 When the scariest thing about a horror movie is the interior design of a ’70s house, then you know it’s not a tremendously spooky outing. Sadly, the latest entry in The Conjuring universe, Annabelle Comes Home, doesn’t bring the scares as you’d expect.

Yes, this paint-by-numbers ghost movie adds little in the scare departments, but it does boast some solid acting and some impressive directorial choices from first-timer, Gary Dauberman. Mix that all together and Annabelle Comes Home is a mixed bag of mediocre scares and unintentionally hilarious moments.

Annabelle Comes Home follows the story of Judy Warren, the daughter of Ed and Lorraine Warren. Joining series veterans Patrick Wilson and Vera Farmiga is newcomer Mckenna Grace as Judy, and she adds something to this movie. Movie sequels are known for including a child character when things start slowing down for the series, but Mckenna Grace makes the most of the material, really selling the terror. Judy Warren is left at home with babysitter Mary Ellen and her best friend Daniela when all hell breaks loose in the house. Daniela accidentally unleashes the spirit conduit Annabelle, which in turns causes all of the ghosts in the Warren’s Occult Museum.

This film feels like a “Greatest Hits” album for The Conjuring Universe as familiar ghosts and haunted objects all make an appearance here. Annabelle Comes Home also makes sure to include all of your favorite scares like “spooky girl hiding in the shadows” or “did you see that dark figure moving in the background?”, which sadly doesn’t work if you’ve seen more than a few of these ghost movies.

Writer and director Gary Dauberman knows how to set a mood, and can craft a jump scare like his peers, but you can feel limitations here. With writing credits on IT: Chapter One and DC Universe’s Swamp Thing, Dauberman can easily make monsters seem scary, but that’s not the case here. He falls back on tired cliches than original moments, allowing you to enjoy the ride of the first half but quickly lose interest during the second half of the film. If only Dauberman focused on one of the hauntings in this movie, spending time to flesh them out, then it would feel like a more of a complete ride.

Another one of Annabelle Comes Home‘s most significant flaws is teasing us with the talents of Patrick Wilson and Vera Farmiga. Showing them at the start of the film sets the bar high as we see them take the Annabelle doll and then quickly leave the movie soon after. Mckenna Grace, Madison Iseman, and Katie Sarife hold their own, but you begin to crave the fun magic that Wilson and Farmiga bring as The Warrens. Even allowing them to show up during the climax to join forces with their daughter to banish the spirits would’ve worked as a great way of including them in some limited capacity.

The biggest sin about Annabelle Comes Home is the MPAA rating. Seeing that this film is R-Rated with almost no blood, no cursing, and no real horrific moments is quite strange and will hinder its performance. This is a perfect movie for a group of teens to see on a Friday night for some cheap thrills; think of it like introductory horror. This franchise seems to be always hit with a harsh rating for just being a bit tense at times, and it’s almost impossible to place your finger on exactly why. Make this a PG-13 and let it find its real audience. Still could make for a great sleepover movie though.

Nothing about this movie screams to run out and see it, but Annabelle Comes Home is still well-made enough not to be a total bust. These types of horror films have their fanbase, and they will surely be delighted with this outing. But if you desire more to your horror than a few jumps, there are better options out there for you.