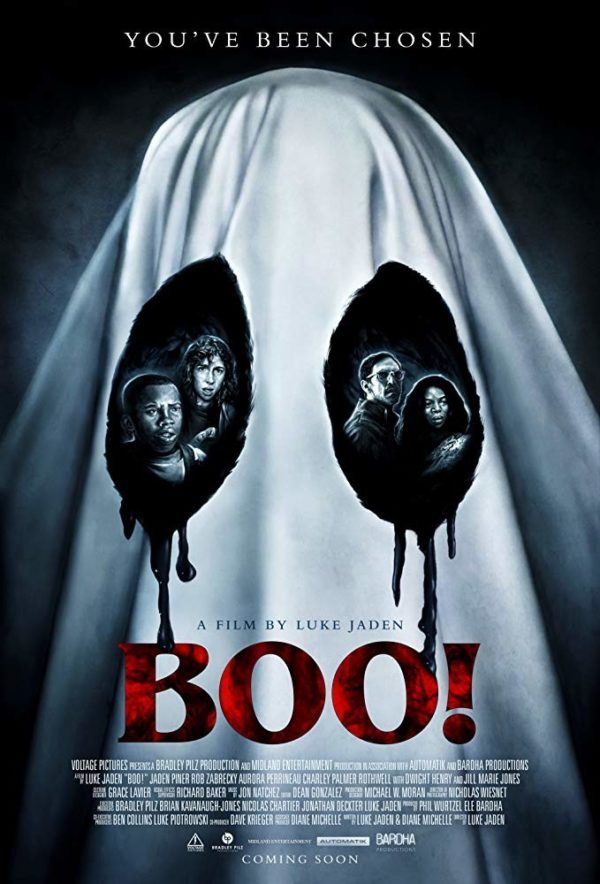 A suburban family refuses to acknowledge the warning of a prank left upon them at Halloween, causing a supernatural force to wreak havoc on them. 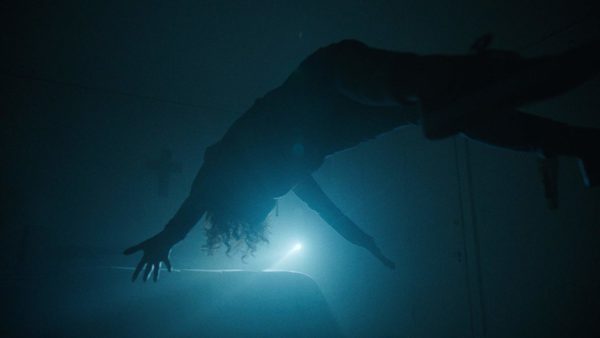 Luke Jaden’s feature-length debut, BOO! is a sluggish, poorly written horror movie that fails to keep its audience engaged throughout.

BOO! begins as an extremely slow burning thriller to establish each member of the family and develop the plot. However, a combination of a weak script, unconvincing acting, and over-exaggerated personalities turn this horror into a sluggish and often unbearable calamity. The family composed of Aurora Perrineau (Truth or Dare), Jaden Piner (Moonlight), Rob Zabrecky (Criminal Minds), and Jill Marie Jones (Ash vs Evil Dead), have almost non-existent chemistry on-screen and I found it difficult to visualise them as an actual family as they as constantly presented as a dysfunctional and broken family that fails to get along at all. Additionally, the under-utilised Charley Palmer Rothwell (Darkest Hour) who plays Ashton, Morgan’s boyfriend (Perrineau) is only used in one car sex scene that is essentially scrapped throughout the rest of the movie with little to none character development.

If that wasn’t bad enough, there are certain aspects of the screenplay that is ludicrous and unrealistic. The main culprit is Piner’s character, Caleb, who spends his time covering his walls and windows with disturbing drawings and imagery of his own creation. However, his parents never present any form of concern or acknowledgement of this situation and often act like it is completely normal. I am not sure if Luke Jaden wanted to emphasise the broken relationship of each family member and present the idea that the parents don’t truly care what their son is up to, then this direction was extreme, unnatural, and could even be considered comical. If this was the case, then the film is contradictory as Jones’ character consistently worries about Morgan and even refuses to let her leave the house. 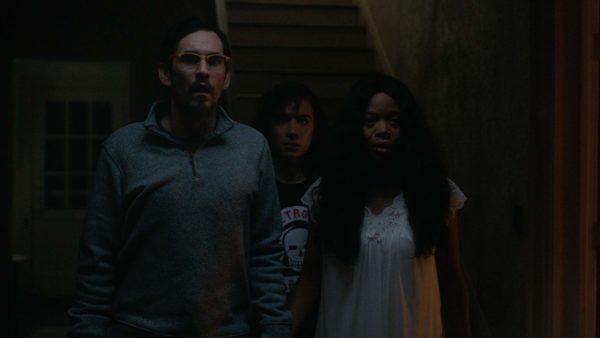 Once you get past the first 50 minutes of the movie, then the supernatural occurrences come thick and fast. This supernatural entity preys on the family’s past and their fears with shocking and effective sequences. The majority of these scenes hold legitimate jump scares partnered up with a sinister atmosphere and an ambience that will keep you on the edge of your seat. Even though these are the best scenes of the entire film, once these scenes came around, the tension dissolved into frustration and sheer boredom as I found it hard to care about these characters or their fate.

Unfortunately, there are too many flaws here. There may be some great horror moments towards the end of movie, but by time these moments happen, my interest and care was entirely lost. Weak acting, forced and unnatural personalities, and a completely bizarre ending ruins the effectiveness of the legitimately great jump-scares. Once the credits rolled, I asked myself several times… What was the point to any of this?