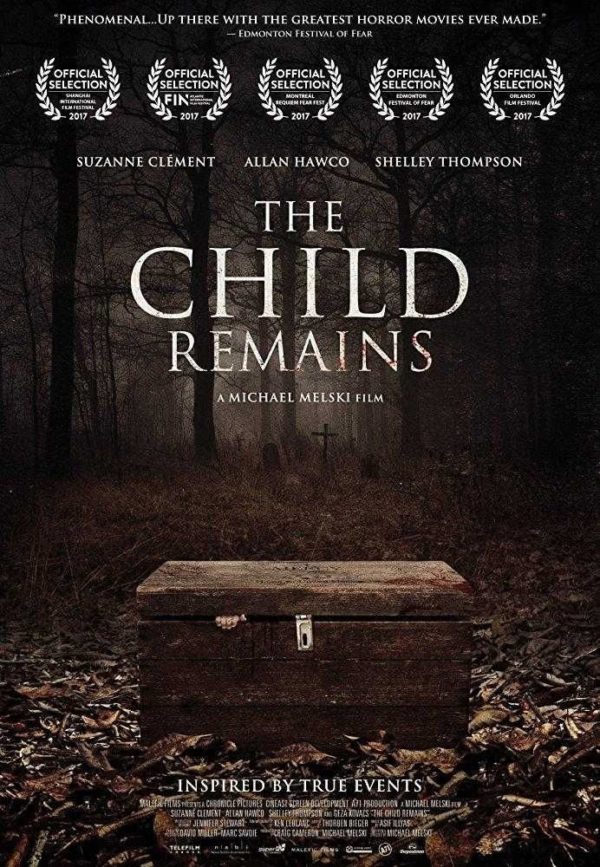 An expectant couple’s intimate weekend turns to terror as they discover their secluded country inn is a haunted maternity home where infants and mothers were murdered. 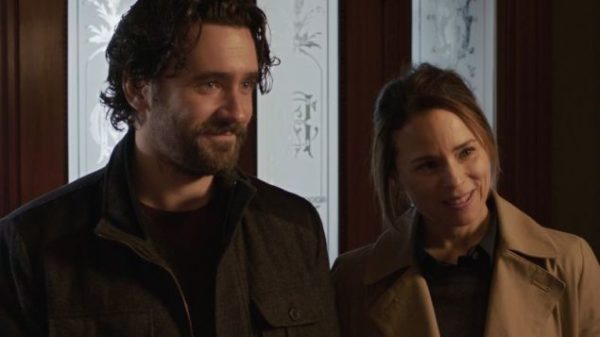 Canadian horror joint The Child Remains is an outrageous, messy amalgamation of genre tonality that is far more confounding than it is cleanly executed. I’m not sure what I had a harder time with: seeing Shelley Thompson as anything but Barb from Trailer Park Boys or separating the seventeen-too-many plot deviations enacted without warning. For over an hour, stuffy “haunted house” procedural beats favor sleuthing and quieted distress then WHAM – evil sisters be cookin’ fetuses and afterbirth for dinner. This movie is *wild* in that I’m not convinced writer/director Michael Melski *ever* had a concrete thematic plan, but hey, points awarded for ignoring conformity? Also, um, what the *hell* did I just watch.

Suzanne Clément stars as expecting mother and journalist PTSD sufferer Rae. Her and husband Liam (Allan Hawco) arrive at Mersey Inn for a serene period of bed and breakfast relaxation. Proprietor Monica (Shelley Thompson) welcomes the couple, but before long, Rae’s investigative bug has her poking around the aged estate. Archived articles about wicked nuns, missing newborns, and dark histories turn Rae’s vacation into another job as she struggles to leave work behind. The closer Rae comes to grasping the truth, the more Mersey Inn fights back. Some secrets are better left dead and buried, yadda yadda and all that. 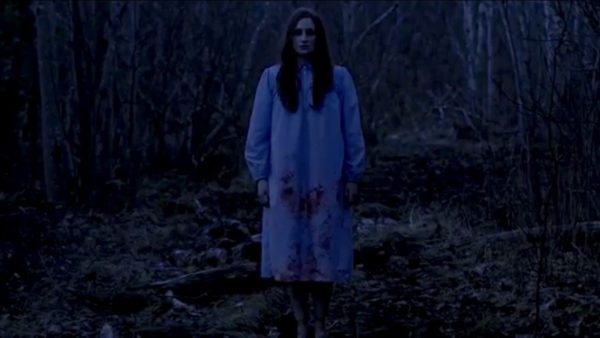 The first two-thirds of The Child Remains is best described as “Hallmark Horror.” Wooden, made-for-television snooper material that sees Rae slink around Mersey Inn all suspicious like. Liam refuses to believe his partner’s wild stories of murdered babies, despite groundskeeper Talbot (Géza Kovács) instructing Rae to “stay on the trail” at all times. Ken Le Blanc’s cinematography is drab and rigid, accentuating relative greyness while plot devices you might believe to be important are kicked around like toddlers bounding through a ball pit. Liam’s musical “hobby,” quick cuts to creepy decorative dolls, something totally normal Monica calls a “Ghost Box,” policeman warnings, uncovered burial sites, Rae’s psychological damage, Liam’s guest book signature next to another woman’s name – so many distractions, so little reason.

Then Act III nukes whatever eerie normality you thought The Child Remains might further chase. 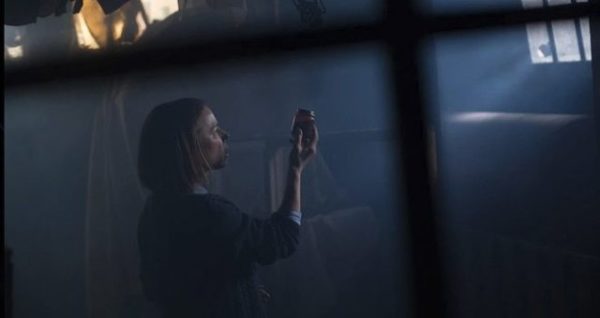 Granted, Melski’s introductory scene flashes back decades to a birth, dead mother, and buried-in-a-box child (before Rae’s storyline begins). Mersey Inn stands atop tainted soil, and when The Child Within taps Act III’s keg of crazy, it’s a flowing binge of cheap midnight twists. One after the next, dizzying like a row of shots ripped in a consecutive line.

First Liam goes all Jack Torrance for all of two scenes, screaming into his wife’s face about vacating his hopes and dreams after being “cornered” into having a child with Rae (don’t worry, quickly forgotten). A diary is found written in either lemon juice or, and I quote, “wastewater,” that details Mersey Inn’s old birthing practices and mistreatment of babies (cue makeshift maternity ward violence). Monica breaks out her trusty syringe, infants are silenced through various gruesome means – hell, maybe there’s even a demon baby. It all happens *so fast* and without respite, piling expected yet still jarring storyboard flips atop one another without fear of topheavy structural dangers. Bloody baby stew, Talbot’s knife wound, Liam’s dinner party deal; all of it veers Act III offroad and away from the seven other different movies crammed into Acts I and II.

Does The Child Remains get more bonkers than, well, an episode of the retro cartoon Bonkers? Certifiably, but it’s (oddly) too much and far too late. Credit Michael Melski with going for payoff broke upon Act III’s climactic reveal, but the film’s discombobulated rotation of *newly introduced* plot swerves rarely connect with previous hinted-at notes (aka fixation on creepy toys). Blood, guts, and Pamela Voorhees framing homages cap off a whiplash-jerky right turn into genre territory that concludes one of the strangest horror narratives I’ve witnessed in some time. Part of me wants to recommend a watch out of pure cinematic curiosity, but the other half can’t forgive how restlessly droll the first hour-plus remains.