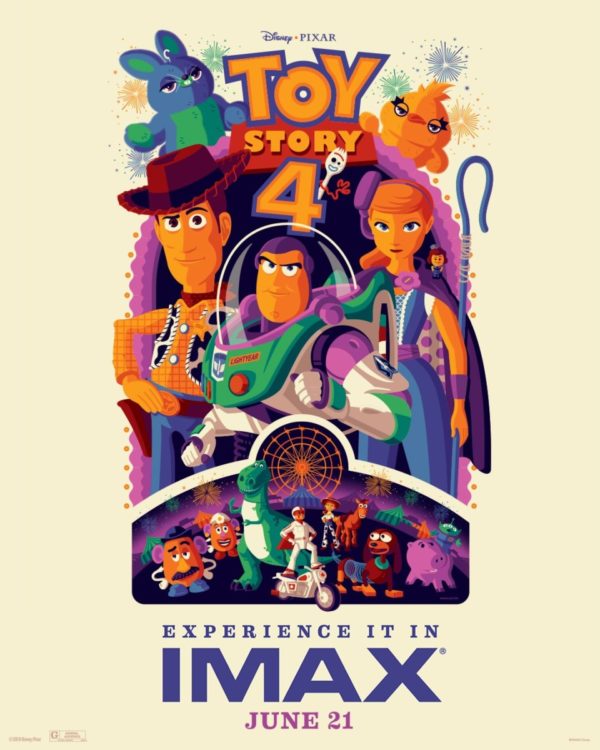 Hollywood will rarely skirt the opportunity to exploit a popular IP when money can be made, but perfunctory sequels are one thing. Then there’s adding another entry to Pixar’s much-cherished Toy Story franchise, an announcement so sacrilegious that many fans – this one included – were initially resigned to it being a mere cynical milking of the cash cow.

While Woody (Tom Hanks) could’ve easily ridden into the sunset back in 2010 with the richly satisfying Toy Story 3, billions in box office and merchandising are a powerful motivator, and so Pixar has brazenly aimed for the four-peat with this belated sequel. In an even more daring move, they’ve actually succeeded in making an after-the-fact follow-up well worthy of the original three.

The previous film of course left Woody, Buzz (Tim Allen) and co. with their young new owner, Bonnie (Madeleine McGraw), and everything seemed hunky dory. But two years later, Woody finds himself struggling to keep his house in order, as Bonnie’s new favourite toy Forky (Tony Hale), a toy created by Bonnie herself, is horrified at the mere fact he exists, let alone that he’s forced into a life he, as a utensil, wasn’t made for. 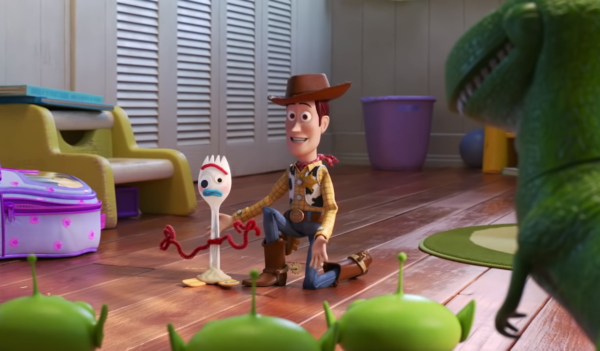 Further complicating matters is Woody eventually running back into his long-lost love Bo Peep (Annie Potts), who since departing Woody and the other toys has forged her own unique path outside the usual toy-owner dynamic. And if that’s not enough, Woody also has to deal with Gabby Gabby (Christina Hendricks), a neglected doll who desperately wishes to get an owner – no matter the cost.

Rather sensibly, Toy Story 4 feels less like a delineated new story than it does an extended epilogue to the previous film, despite releasing almost a decade later. There’s an internal consistency rare here for “just one more” sequels, concocting a new scenario that doesn’t contradict or undo Toy Story 3′s ending but rather expands upon it with thoughtfulness and honesty.

After all, Woody hoping for Bonnie to allow him to fully re-live the glory days with Andy was always rather optimistic, and Bonnie’s greater pre-occupation with Forky sees the sheriff toy wrestling with his “duty” to his owner while also seeking his own happiness. 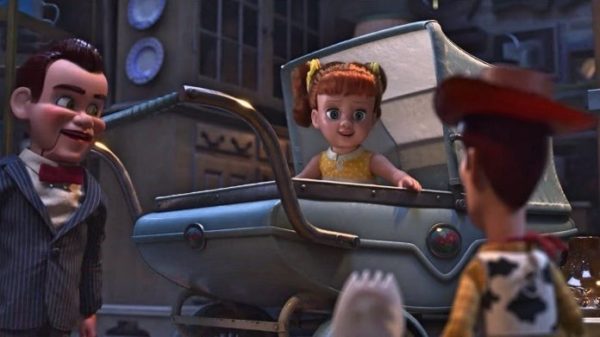 It’s just one of the many insightful through-lines in a film that, true to franchise form, juggles another riveting, perilous road trip with the now-familiar – yet still nuanced and deeply moving – musings on existence in all its forms.

The Toy Story franchise has, in its last two entries in particular, become a Rorschach test of sorts for audiences; there is so much of human experience allegorised throughout, from growing up to parenthood, identity, mental illness and even mortal angst.

And just as Toy Story 3 was smartly released 15 years after the original, at which point those who grew up with it were in the early stages of adulthood, good timing has once again prevailed. Those kids are now fully fledged adults in their 20s and 30s, and like both Woody and his perennially anxious sidekick Forky, may be rather unsure of their place in the world.

Much like its predecessor, this fourth go-around quite expertly balances the series’ signature fusion of heartfelt, humanist drama with escapist thrills. The character work, as ever, is top notch, even if the more explicit focus on Woody is at times at the expense of Buzz and other legacy cohorts. Given that the film is firmly centred on Woody’s quest to find contentment and purpose, it’s certainly appropriate, though fans might feel some of their low-key faves have been a little under-served.

Thankfully there’s plenty besides Woody to compensate; Bo Peep has been given a terrific feminist reinvention, shedding her traditional pink get-up for something more practical and, yes, action-ready. Bo is now a far cry from the toy she was the last time we saw her, and all for the better.

And is as customary for the series, there are of course a host of charming new toys, the easy highlight being Forky, brought to life with expressively twitchy voice work by Tony Hale, and representing perhaps the series’ most ambitious and forward-thinking engagement with human feeling to date. Though the intricacies of Forky’s characterisation will gleefully fly over kids’ heads, adults are sure to find his existential quandaries enormously relatable and affecting.

Elsewhere, Christina Hendricks does a remarkable job making Gabby Gabby far more than a mere dramatic roadblock. She’s a character who could so easily have settled into the typical Toy Story baddie formula, but thankfully, she’s not simply a gender-swapped riff on Stinky Pete or Lotso. And that’s not to ignore some unforgettable performances from Keegan-Michael Key and Jordan Peele as fairground stuffed toys Ducky and Bunny, nor a show-stealing turn from Keanu Reeves as Canadian stuntman motorcyclist Duke Caboom. 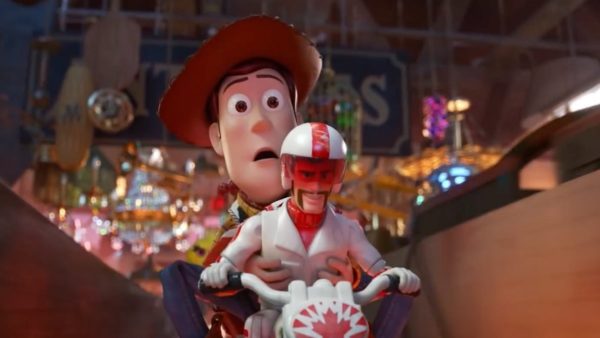 This all adds up to a film that’s ludicrously entertaining as a frothy, beautifully animated road movie romp, and tremendously poignant as a heart-on-your-sleeve meditation on what it means to be alive. Will you be crying by the end? Probably, and it’s well-earned, even if – and honestly, quite mercifully – it doesn’t conclude with the Earth-levelling impact of its predecessor. Unexpectedly, it’s a rare third sequel that appreciates the benefits of a more intimate, character-driven canvas that doesn’t necessarily need to outdo what came before.

Did this film need to exist? No, but for the standards of movie franchises this long in the tooth, Toy Story 4 is remarkably perceptive, tackling a broad yet specific swath of themes within a spritely, snappy 100 minutes. In that sense it feels like a not-insignificant miracle, even if it doesn’t quite match the God-tier pinnacle set by its three predecessors.

Nevertheless, it’s tough to imagine many fans being disappointed – just make sure you set your expectations appropriately and don’t bank on another A+ masterwork 25 years deep into the series. Despite its dubious “necessity”, Toy Story 4 adds an emotionally ambitious, tear-jerking post-script to Pixar’s flagship franchise. But if artistry can ever prevail over commerce, then the story of Woody, Buzz and their friends really should end here.