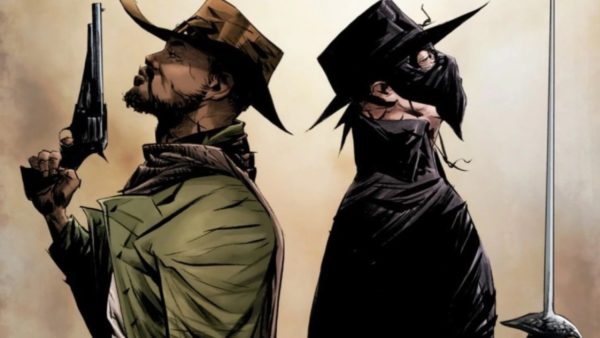 What started out as a comic book crossover may now become a feature film as Collider is reporting Once Upon a Time in Hollywood director Quentin Tarantino will work with comedian Jerrod Carmichael (The Carmichael Show) on a film adaptation of Dynamite Entertainment and Vertigo’s 2015 Django/Zorro comic crossover.

Carmichael will write the script for Django/Zorro with Tarantino possibly co-writing, and Jamie Foxx reprising his role as the bounty hunter. It’s reportedly unlikely however that Tarantino will direct the film as he did Django Unchained.

Tarantino co-created Django/Zorro with writer Matt Wagner (Batman and the Monster Men) and Esteve Polls (The Lone Ranger), and a potential movie adaptation was first mooted back in 2014 during the Sony hack with the reveal of leaked emails between Tarantino and then-Sony head Amy Pascal. 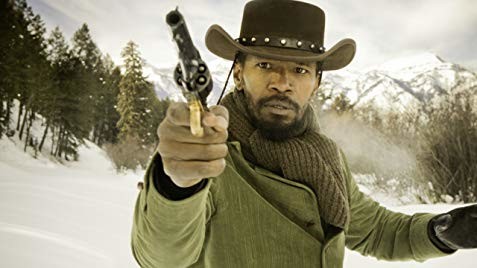 The story takes place years after the events of Django Unchained, where Django “has mainly been plying his trade in the western states. After safely settling his wife, Broomhilda, near Chicago, he takes to the road once again, sending her funds whenever he completes a job. It’s by sheer chance that he encounters the aged and sophisticated Diego de la Vega — the famed Zorro — and soon finds himself fascinated by this unusual character, who can also hold his own in a fight. It’s not long before Django becomes Diego’s ‘bodyguard’ and joins him on a mission to free the local indigenous people from slavery.”

Just how much involvement Tarantino will have in the project is unknown at this point. He has often spoken before about retiring after his tenth film and with Once Upon a Time in Hollywood his ninth, it’s unlikely his last would be a Django/Zorro crossover. Tarantino has also been tapped to potentially direct a Star Trek film – which he described as R-rated – but there’s been very little information regarding that potential project other than the filmmaker believing there is a “very strong possibility” it comes to fruition.

Django Unchained was Tarantino’s seventh film and released in 2012. It starred Jamie Foxx as the slave Django who is freed by the bounty hunter Dr. King Shultz, played by Christoph Waltz. The pair ultimately set out to free Django’s wife Hildi (Kerry Washington) from the Candyland plantation and slavemaster Calvin Candie (Leonardo DiCaprio). 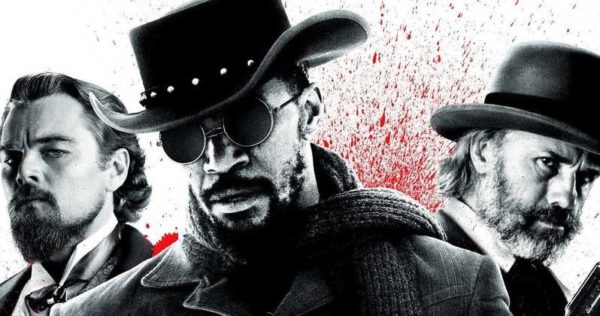