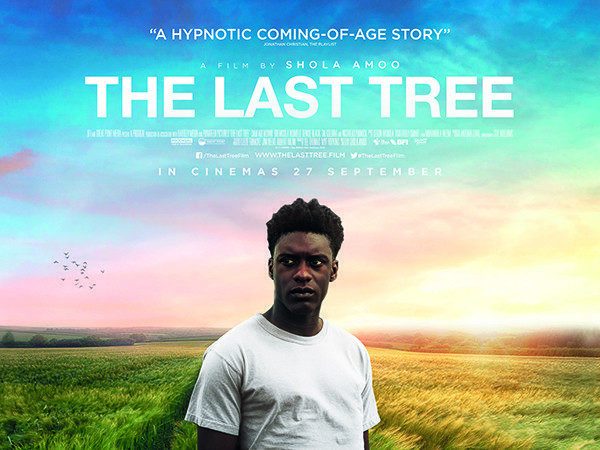 A Nigerian-British boy is taken from a comfortable rural foster home to live with his biological mother in the city, bringing about an identity crisis that reverberates into his teenage years. 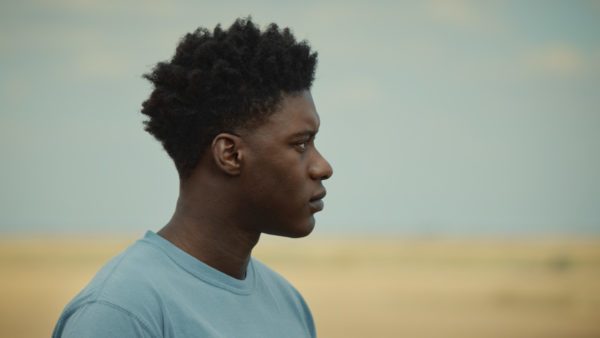 From its earliest moments, The Last Tree is a delightfully stylish film. It depicts a group of young boys yelling war cries while running around a muddy, sun-baked field in a pure evocation of youthful simplicity. Director Shola Amoo quickly punctures this idyll by ripping his central character away from that simplicity and dropping him into a considerably murkier, more complex world. If you want a simple logline for the coming-of-age story that follows, it feels like The 400 Blows meets Kidulthood – and it’s pretty darn good.

The aforementioned protagonist is Femi (Tai Golding), who has grown up in the rural home of foster mother Mary (Denise Black), but is shunted from that home into the inner city council flat of his biological mum Yinka (Gbemisola Ikumelo). Years later, a teenage Femi (Sam Adewumni) is unsure of his place in the world and falls into the orbit of a small-time local crime boss (Demmy Ladipo) with big plans for turning Femi – whom he calls “my new talent” – into his apprentice.

While the standard coming-of-age story beats are present and correct in The Last Tree, Amoo’s interests clearly lie in the more stylistic corners of the film. He draws a stark contrast between the saturated colours of the countryside – lensed with a real eye for natural beauty by Stil Williams – and the grey, lifeless environment of London, particularly in an apartment complex with peeling tiles and the constant babble of city noise. It’s gently a 1990s period piece, with the music in Femi’s Walkman a clear evocation of his fractured identity. He has an NWA poster on his wall and claims to be listening to Tupac, but he’s really jamming to The Cure.

Femi’s complex persona is the key concern of the film, as he struggles with the push and pull of his various identities. He is scared enough of Ladipo’s violent thug that he wants to fit in with him, but he also rejects the casual bullying of his schoolyard and forms a bond with an African girl at school who is targeted as a result of her skin tone. His rage and confusion at the world manifests in different ways, but often comes out of him as sadness and melancholy rather than the explosive anger a lesser movie might have used as its bread and butter.

Adewumni’s central performance is very impressive and conveys the nuance of the character exceptionally well, even if the stylistic tricks occasionally get in the way of his work. Amoo is so committed to his cinematic flourishes that it gives the film a dreamlike, misshapen tone in an attempt to amplify the character’s inner turmoil. It’s a choice that somewhat obscures the central notion of the film – simple setup, complex character – and pulls attention away from Adewumni’s subtle work, which says everything the film needs to communicate.

This is a movie that clearly draws influence from other coming-of-age stories, with the climactic moments an obvious nod to the oft-quoted final scene of Truffaut’s The 400 Blows. Occasionally, there’s a whiff of this film cleaving too tightly to the formula of these movies, but the characters are sketched expertly in such a way that they overcome any possibility of descending into cliché. Ikumelo, in particular, does a stellar job of communicating the notion of a very traditional woman who is both unsympathetic and entirely understandable in her actions. Her and her son have existed in different worlds and, as such, have hugely different values.

The Last Tree should be appreciated for its willingness to try new ideas in order to enliven and alter the bare bones of its coming-of-age tale – a semi-autobiographical take on Amoo’s own life. He encourages excellent performances out of his cast and they hold the story together, even as the edges and flourishes of the filmmaking sometimes threaten to send the movie rattling off its rails.

The Last Tree will be released in UK cinemas on September 27th.