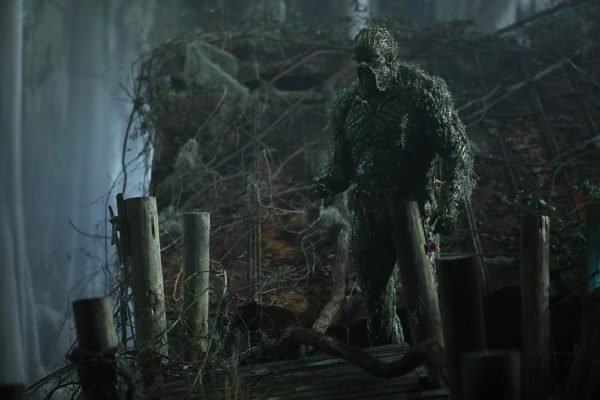 An investigation into Alec Holland’s mysterious death is launched by the local law enforcement, but to no avail. Abby however is convinced that Alec survived and decides to follow her hunch with the assistance of Mathew Cable (Henderson Wade) her friend in the police force. A grief-stricken Maria Sunderland (Virginia Madsen) meanwhile, seeks solace in the supernatural counsel of Madam Xanadu (Jeryl Prescott) who advices her against communicating with her dead daughter and also warns of a potential ‘disturbance in the light and the dark.’ At the request of Avery Sunderland, bio-geneticist Jason Woodrue (Kevin Durand) visits Marais to investigate the possible correlation between the newly emerged ‘Green Flu’ and the biological accelerant he created for Sunderland. But not everything goes according to plan in the bayou backwaters of Louisiana…

Right off the bat I must tell you, the pilot reeled me in like a gullible trout; hook, line and sinker. This iteration of the character looks to be like an amalgamation of elements borrowed from various comic book story arcs from the Swamp Thing canon, with the character of Avery Sunderland shaping up to be the series’ main antagonist. During this episode we get to know how Sunderland plans to apply the Biological accelerant created for him. He intends to speed up the growth process of the swamp vegetation, which in turn will drain the swamp of its water, making room for the emergence of a profitable real-estate space. 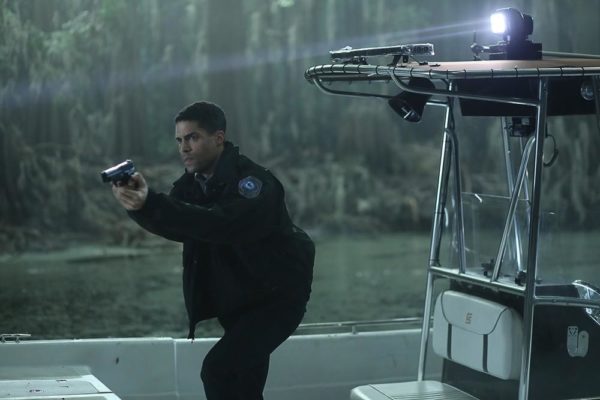 The mysterious Madam Xanadu, who was briefly introduced in the pilot gets a significant scene to share with Maria Sunderland. Although being a character introduced in DC/Vertigo comics earlier it’s with the new 52 issues published in 2011 that she got included as a member the Justice League Dark team alongside of John Constantine and Zatana. Jeryl Prescott (The Walking Dead) plays the role with an appropriate air of seduction and intrigue, evocative of a watered-down version of Naomi Harris’s Tia Dalma from The Pirates of the Caribbean franchise. Undoubtedly this blind tarot card reader will continue to be a recurring character with an important part to play within the context of this series.

In the wake of Abby Arcane’s sudden return, repressed memories of the past have started resurfacing once again in Maria’s life. Unable to keep her volatile emotions in check she literally starts seeing her daughter’s ghost. Virginia Madsen delivers a commendable performance as a mother stricken and torn apart by grief. It’s quite clear her unhealthy attachment with the past will eventually take a toll, as the narrative progresses. 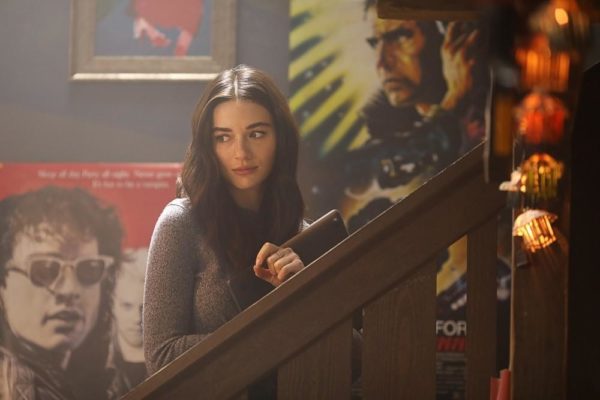 Kevin Durand (The Strain) isn’t shabby either, breathing life to the twitchy and socially inept bio-geneticist Dr. Jason Woodrue. Only time will tell if he will go onto become the Floronic Man, like in the comics.

Last but not least a few words about our titular protagonist as well. As far as the character of Swamp Thing is concerned this episode proved to be a major turning point; this is the first instance, he commits murder in cold blood. And boy, is it brutal! Derek Mears truly embodies the frustration, fear, anger and isolation of the humanoid creature in heartfelt fashion. Despite the fact that Mears dons a highly stylized synthetic suit it hasn’t deterred him one bit from giving a nuanced performance. He truly is the beating heart of this dark gothic drama.

‘Worlds Apart’ is a strong follow-up to the series solid debut. With great ensemble performances across the board I absolutely cannot wait to see what we have in store for us next.