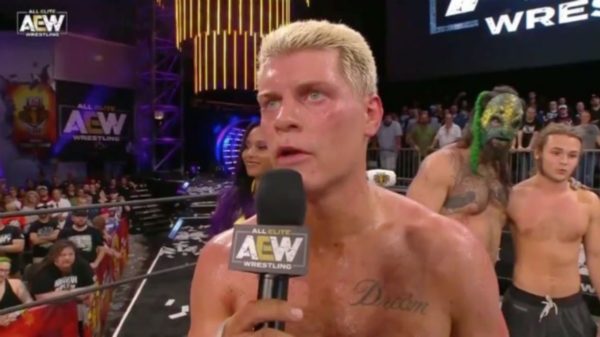 Another All Elite Wrestling event in the book, and it’s another enjoyable entry for the new wrestling promotion. Fight For The Fallen comes about a month before their big show, ALL OUT, and they didn’t waste any time building towards it.

Check out my five best moments from AEW’s Fight For The Fallen, and don’t forget to share your favorite moments in the comments below… 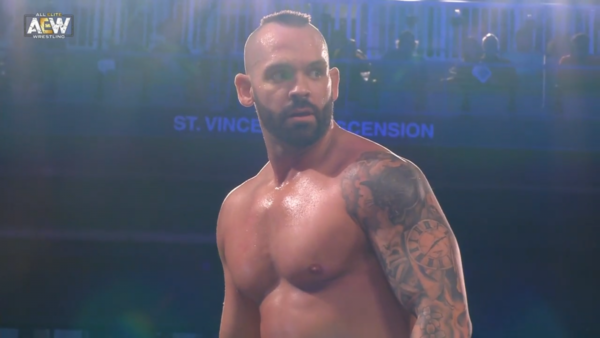 Trying to find time for yourself in a match with people isn’t easy, especially one with so much story built into it. But Darby Allin and his psycho-style found moments in this match to make his own. He looked top-notch next to Joey Janela and Jimmy Havoc during this tag match, proving he can play well with others too.

The star of this was Shawn Spears as he looks to take on Cody Rhodes, but will need to face off with his “best friend” MJF first. Shawn Spears is coming from WWE with something to prove; wants people to take him seriously and this heel run is a good start. A win here made him look even better going forward in All Elite Wrestling. 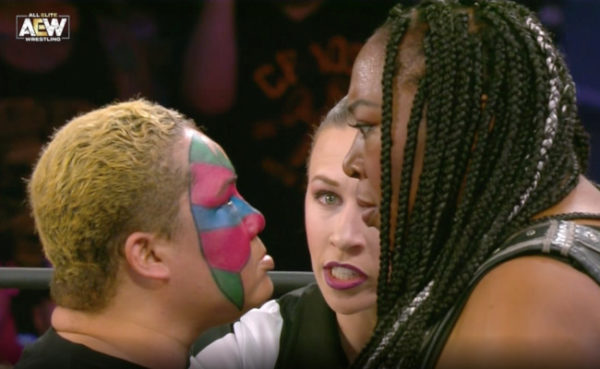 A match made in kaiju heaven! Awesome Kong joined Brandi Rhodes at ringside as Brandi faced off against Allie. Awesome Kong assisted Brandi in a win, proving Brandi isn’t here to play nice. The duo began to attack the defenseless Allie until a surprise run-in from Aja Kong put that to an end. The iconic Aja faced off with Awesome in an instant classic moment.

If these two amazing women will face off in a singles match or teamed with the women they helped, either will spell massive destruction for anyone in the way. These two legendary women will likely tear the roof off any venue they enter.

3. Jungle Boy and Luchasaurus Are Stars In The Waiting 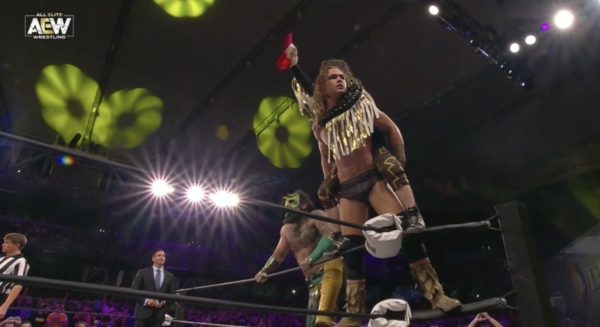 The moment they put together the odd pairing of Jungle Boy and Luchasaurus, you could see the money begin to print. This duo is a perfect representation of the AEW mix of good humor and stellar in-ring work. Jungle Boy, son of late actor Luke Perry, is going to be a big hit with women and children, same goes with the impressive Luchasaurus.

While they didn’t win at Fight For The Fallen, they still walked away as the most over out of anyone in that match. Though, the eventual winners The Dark Order finally looked great after two less-than-stellar promos before this.

2. Kip Sabian Makes The Most Of A Moment 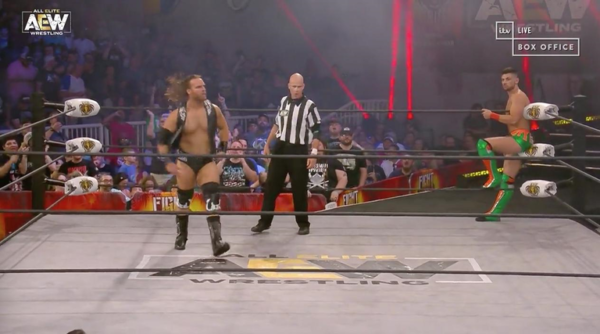 Going up against Hangman Adam Page, a man on his way to the AEW Championship wasn’t going to be easy for Kip Sabian. The English wrestler did everything in his power to go the extra distance and prove why he deserves a spot next to Hangman, and it worked as Kip Sabian stunned at Fight For The Fallen.

Looking like a million bucks, showing off great moves, and even kissing a rowdy fan, Sabian used every bit of this spotlight to get himself over. Although he lost, he didn’t look like a joke, and this is a future World Title match for sure. 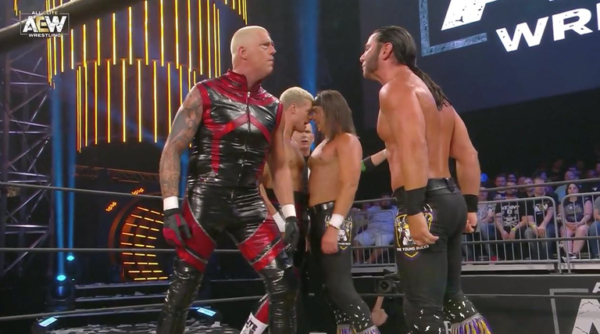 The Young Bucks vs. Cody and Dustin Rhodes is a match many people would never expect to happen. All Elite Wrestling promised some significant moments, and this felt like one of them. The main event at Fight For The Fallen saw the teams throw everything at each other, making sure to wow and impress at every turn.

What worked even better for this match is that Cody and Dustin made The Bucks switch things up and slowed down the pace of their usual outings. Coming off of matches with The Lucha Bros, it would be easy to take at that speed but seeing a slower, more story-driven story proved quite excellent.

What did you think of this event? Share your feelings in the comments below, or by reaching out to us via Twitter @FlickeringMyth!