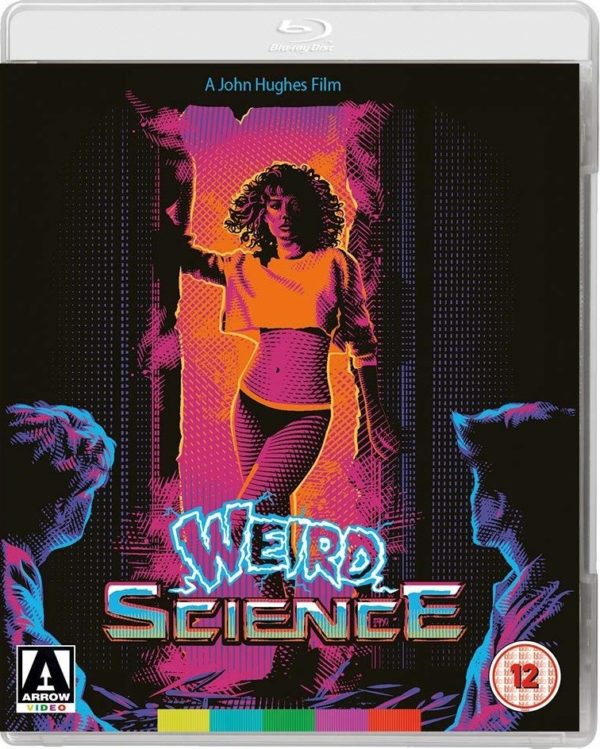 A pair of high school nerds create a ‘perfect’ woman using their computer but chaos ensues as she tries to teach them the error of their ways. 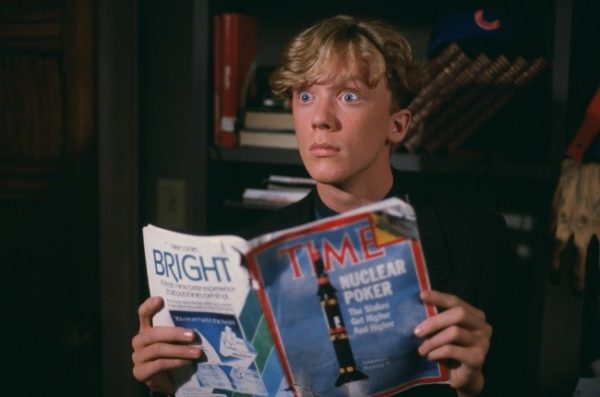 So how do you go about selling Weird Science – a movie so 1980s it should come with a free tin of hairspray and a pair of florescent socks (one pink, one green) – to a new audience in 2019? Quite a tough sell considering the two essential plot details involve a computer and a pair of teenage nerds who just want to be liked, and in 2019 audiences are savvier about computers and being a nerd is seen as a badge of honour and not the negative insult it was back then.

But the current fetishism of the 1980s in pop culture shows no sign of slowing down so maybe now is the right time to re-introduce John Hughes’s teen comedies to today’s youth, to show them that they aren’t the only generation to have fears and concerns about fitting in, about trying to be popular with the other cliques in high school and, probably more to the point, that everyone has sexual urges, especially when they are 15 and surrounded by extremely good-looking people, like our two ‘heroes’ Gary (Anthony Michael Hall – The Breakfast Club) and Wyatt (Ilan Mitchell-Smith – Journey to the Center of the Earth) seem to be most of the time. To show how much of a nerd Wyatt is, he has a computer and has seemingly spent time in front of it learning how to do stuff that people without a computer – and there were more of those then – cannot do. Different times… 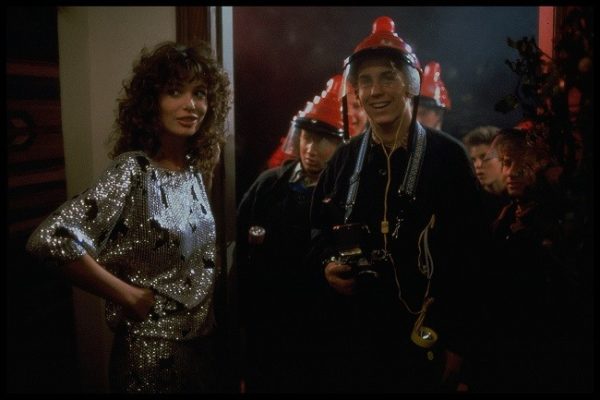 Anyway, the two friends hit on the idea of creating a girlfriend using Wyatt’s computer and, because that is what we all thought computers could do back then, they start ‘feeding’ it information with which to build their ‘perfect woman’, who turns out to be Lisa (Kelly LeBrock – The Woman in Red), created Frankenstein-like from pictures in Time Magazine and electricity. Just as Gary and Wyatt think they have created their own flesh-and-blood version of a blow-up sex doll, Lisa proves she is as intelligent as she is beautiful by teaching the two misfits that people will like them for who they are and not what they can give them, but some lessons are best learnt the hard way and Gary and Wyatt will have to overcome a few obstacles first.

During the interviews in one of the special features, one of the interviewees says that they thought Weird Science would be more like a soft porn movie given its premise – and no doubt that movie has already been made – and watching it when you are a younger teenager does give it the feel of something illicit that maybe you shouldn’t be watching but this a John Hughes movie and nobody did family-friendly comedy with a bit of teenage rebellion like John Hughes did back then, and watching it nowadays the message about being yourself and people will like you comes to the forefront a lot more. However, what has remained is the comedy and, one or two close-to-the-knuckle moments when judged by today’s standards aside, Weird Science still works thanks to insightful writing from Hughes but also the ensemble cast who just about nail everything the director put in front of them. 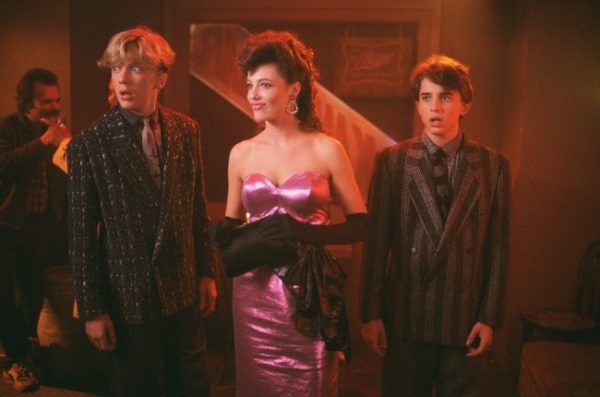 Despite the ensemble cast Anthony Michael Hall is the obvious lead, his cheeky charisma and comic timing crucial to making most of the gags work – including said close-to-the-knuckle moment, which involves cameos from Chino ‘Fats’ Williams (Rocky III), Steve James (American Ninja), Gary being very drunk and is still hilarious – and Ilan Mitchell-Smith is his perfect ‘straight man’ (although he gets a few golden comedy moments himself). The rest of the cast are all memorable, especially Bill Paxton (Aliens) as Wyatt’s bullying older brother Chet, and Kelly LeBrock may not be the greatest actress in the world but she is pretty much perfect casting here, apparently beating Sharon Stone to the role – imagine that, if you will.

So the film is a teenage comedy classic and should be viewed by everyone during their adolescence but is it worthy of a 4K restoration? Well, Arrow Video are a cult movie label and Weird Science has become something of a cult classic over the years so why not? The picture quality itself isn’t the greatest you’ll ever see but the colours are more striking – especially during the computer graphics sequences – and the films many loud, booming sections are greatly improved by having a decent speaker setup, as is the Oingo Boingo theme tune and subsequent ‘80s pop/rock soundtrack. There are two versions of the movie – the Theatrical Cut and the Extended Cut – on the disc and, to be honest, the Extended Cut only adds two non-essential short scenes that seem to halt the flow of the film (hence why they probably cut in the first place) but it is nice to have the option. Extras come in the form of an archival featurette from 2008 that celebrates the DVD release of the film (the graphics of which feel more dated than the ones used on Wyatt’s computer in the film), and a series of new cast and crew interviews that, sadly, do not feature Anthony Michael Hall, Kelly LeBrock or Ilan Mitchell-Smith but it is nice to get some perspectives on how the film came together. 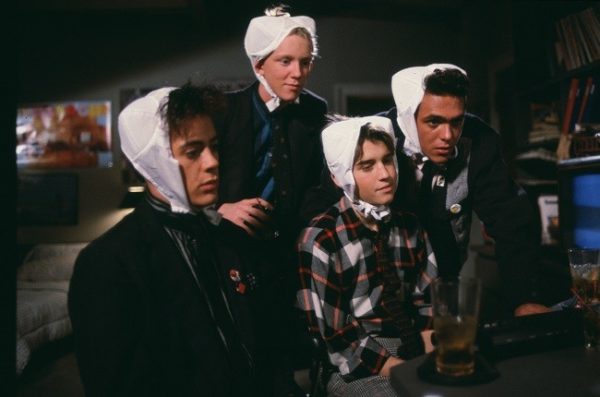 Overall, Weird Science holds up incredibly well as a teenage boy’s wet dream put onto film with hilarious results that are still laugh-inducing. The huge supporting cast makes watching it nowadays even more fun as you can pinpoint who certain people were before they were famous – like a little-known actor called Robert Downey Jr., who plays one of Gary and Wyatt’s tormentors with his friend Robert Rusler (A Nightmare on Elm Street 2: Freddy’s Revenge) – and being originally released between The Breakfast Club and Ferris Bueller’s Day Off you can feel the transition from more sentimental material to straight-up comedy with a message from John Hughes which, if you are a certain age, still holds more charm than a lot of the more gross-out teenage comedies of today. The messages are there if you want to hear them but if you don’t then Weird Science is pretty much as perfect a 1980s teen comedy as has ever existed.