After a fairly quiet episode, Krypton‘s ‘Zods and Monsters’ delivered another somewhat quiet installment of its second season while progressing its story in some significant ways. It was a pretty good balance between scenes focusing on the drama and those on story with more solid performances from the series’ principal cast. One of the benefits to ‘Zods and Monsters’ was just how shrunken the focus on the characters were. Rather than include all of its ensemble as the last few episodes have done, Krypton‘s latest more strictly followed Seg, Nyssa, Zod, Kem and Strange. The tighter focus really helped put the spotlight where it should be. Cameron Cuffe and Wallis Day really got to show their chemistry since they had so much screentime to themselves. Seg’s monologue to Nyssa regarding how far she has come since the beginning of the series and what she’s capable of played really well with how close they have become as well as a reminder of the complexities to Nyssa’s character. Wallis Day displayed Nyssa’s reaction to Seg’s words very well through her facial expressions and body language, showing the confidence in her rise. However, that was nothing compared to what came next.

The best moment of the episode, and perhaps Cuffe and Day’s best moment together on the show thus far, was their decision to rename Cor-Vex something more honourable: Jor-El. While not completely surprising, this development was certainly an endearing one and was reminiscent of the many times we’ve seen Jor-El and Lara hold little Kal-El before placing him in the rocket. The musical cue of John Williams’ Superman theme was a nice added touch that just spoke to the legacy of the Els and a reminder of the future at stake. Cuffe and Day conveyed the emotional weight their characters felt very well throughout the scene. 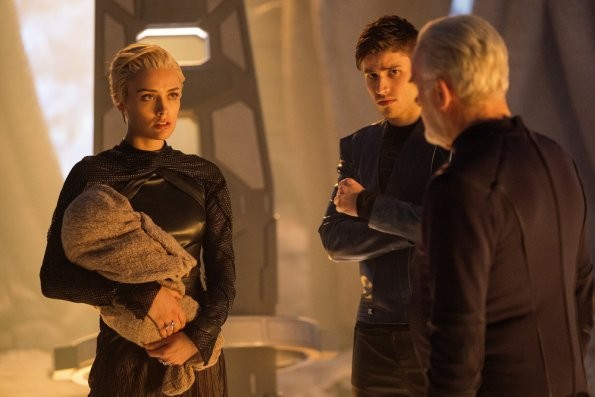 Aside from Seg and Nyssa’s family time and attempts to rid Seg of Brainiac, a good portion of the story dealt with Zod trying to find a way to control Doomsday and the origin of the ultimate destroyer. The flashbacks to 2000 years prior to Doomsday’s creation were surprisingly effective. It’s a change of continuity to have Doomsday be a former Kryptonian soldier in a massive civil war and volunteer to be experimented on, almost like Krypton’s own Captain America. Unfortunately for him, all the tests and side effects weren’t properly explained to him, destroying whatever life he had and turning him into a literal monster. Though the experiment was led by an El and a Zod, it was the El scientist who was the more ruthless and detached one while the Zod showed far more concern and compassion to their test subject. It was a nice flip from the usual script to have the El be the bad guy and succeeded in making you sympathize with the man Doomsday was. Each of the guest actors did well with their limited time.

Though Zod didn’t have too much to do, he was given some interesting development as he worked on Doomsday. Krypton made an interesting parallel between him and Doomsday as the tyrant saw the two of them as kindred spirits, both necessary monsters made to bring order to worlds. The distinction, though, is that Doomsday was intentionally made to be a monster while Zod is one purely by choice. It works though that Zod sees he and Doomsday as the same as it boosts his ego and gives a convenient justification to his philosophy. Colin Salmon did a great job in his performance, making Zod earnest in his awe and respect for the man Doomsday once was. The fact that he thinks he can control Doomsday and believes they’re similar is probably something that will blow up in his face before the season is done. 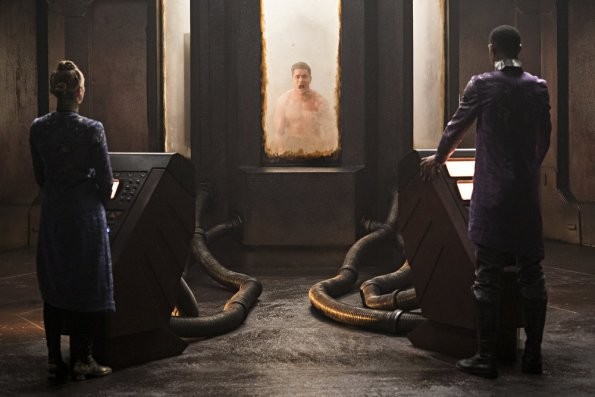 While ‘Zods and Monsters’ was another relatively quiet episode of Krypton, it was still a significant one as the backstory to Doomsday was revealed and Seg and Nyssa reconnected in a major way. It also raised the stakes for the final three episodes considerably now that Brainiac is free from Seg’s body and back in his ship. The twist that Brainiac would now preserve Krypton through kidnapping Jor-El was a pretty big shocker and Day did a fantastic job conveying Nyssa’s pain at seeing Jor disappear. Between the development for Seg, Nyssa, Zod and Doomsday, Krypton‘s focus on the characters over the story the last couple weeks has been impressive and made the season that much stronger.