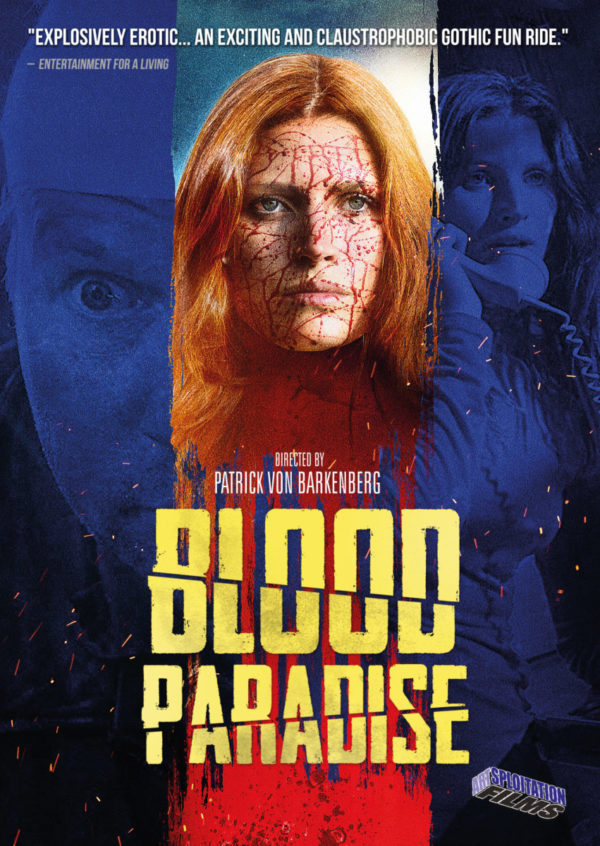 A best-selling crime writer is sent by her publisher to the Swedish countryside to regain inspiration after her most recent novel flops. Instead of finding peace during this retreat, writer Robin Richards finds her unfamiliar surroundings all too strange. 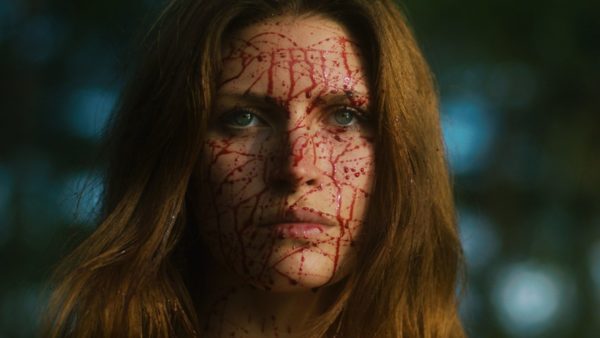 If you were planning a trip to Sweden, horror films in 2019 are trying everything in its power to change that. Blood Paradise joins Midsommar as another film trying to sell you the horror of this European country. Both these movies transport their leads to a strange and unusual land where they feel like a fish out of water. Though it isn’t the simplest task to follow a film like Midsommar and that shows here.

Sadly, Blood Paradise doesn’t pack the same punch as the movie mentioned above, but it still serves as quite an exciting viewing experience. Nothing can prepare you for how this film tries to blend its tones, going from cringe comedy to strange horror at the drop of a hat. Thinking about it a bit deeper, a movie like this is the exact type of cheap escapism that our lead character, Robin Richards, sells in her novels. 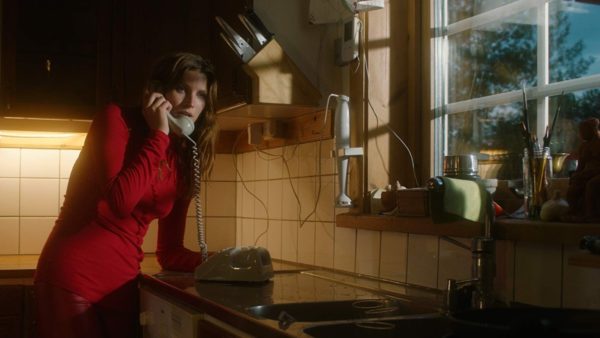 Blood Paradise follows a writer dealing with her most recent novel and its lackluster reaction from fans and critics. Sent by her publisher in hopes of finding inspiration, Robin Richards takes a trip to the Swedish countryside. Originally supposed to be joined by her boyfriend, things don’t go as planned, and that becomes a running theme for Richards while she’s at this farm

At first, you begin to think Robin Richards is letting her imagination get the best of her, or being insensitive to the farmer’s culture, but it’s much more than that. Her clothes turn up missing, there’s a strange girl braiding doll hair, and now her phone isn’t working. That’s just the start of the madness for her.

Deep inside Blood Paradise, there’s a good mystery and a fun horror-comedy, but it doesn’t reach that level. The set up is secure, and you feel intrigued for a while, but it almost feels like the movie loses steam as it goes on. And with the film being less than an hour and a half, that’s not a great sign. 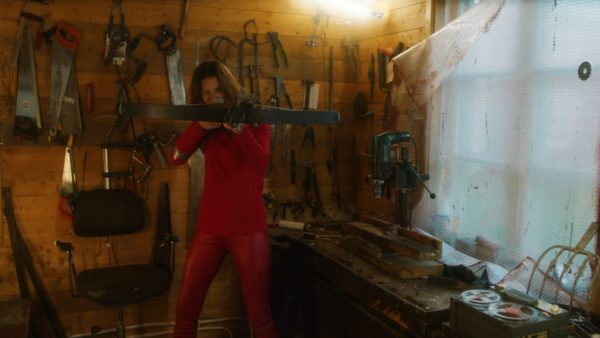 Blood Paradise knows its style and aesthetic; it looks incredibly polished and sleek. Feels very ‘60s with its soft lighting and long lingering shots, which is something excellent to see in a smaller film like this. Even when the kooky story doesn’t always add up, there’s enough beauty in the filmmaking to keep you interested.

Director Patrick von Barkenberg and his cinematographer Thomas Rist need to work together more often, as the pair speak each other cinematic language. Blood Paradise is the start of something wonderful here. 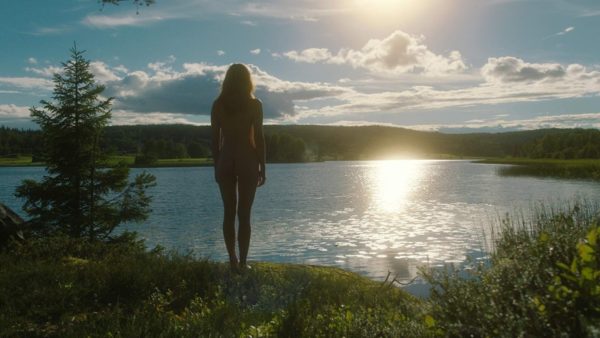 Andréa Winter is the centerpiece of this though, and the most substantial part of the entire film. Winter served as a producer, created the music, worked in costume and location, on top of acting her butt off. She’s a superstar and someone that the industry needs more of these days. It’s wild to see her command the screen like she does, carrying you through even the most bizarre of moments. And there is no lack of bizarreness in Blood Paradise.

For a gonzo-style of film, Blood Paradise works on a few levels. It’s funny at times, thrilling when it wants, and deliciously strange, but when those things don’t work, it’s painful. The film is a mixed bag with another draft of the script or a bit stronger editing fixing a lot of the issues.