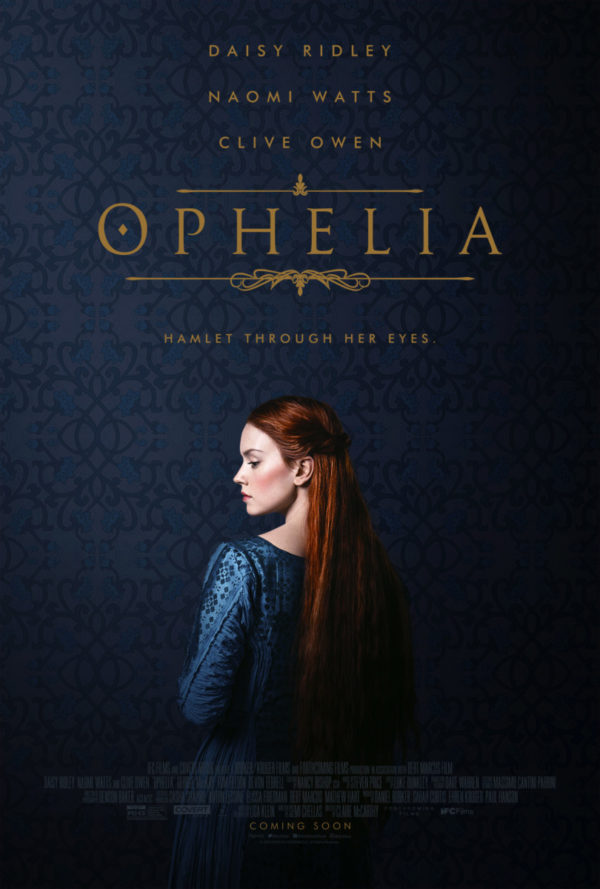 A female-friendly adaptation of Hamlet imagining what would happen if Ophelia lived and was more actively involved in the story – with key elements altered. 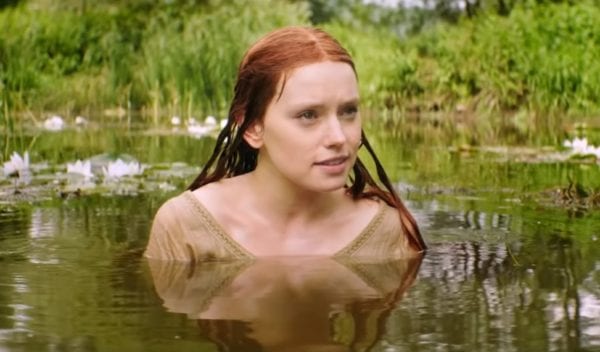 Daisy Ridley stars as Ophelia in which she plays a decidedly active heroine more than the traditional tragic (and minor) character in the canonical play. The good aspects of this film are primarily its production, costumes, and music. While not as stellar as the beloved Shakespeare in Love, Ophelia is a respectable if minor additional entry into the now huge library of Shakespeare adaptations.

The problem inheres, paradoxically, in the film’s conservatism. Ostensibly, this is a feminist interpretation of Hamlet with a female director, female writer, and female performers in starring roles who speak huge amounts of dialogue. There are also multiracial re-castings of traditional roles. The politics of the film are liberal. Yet stylistically the film is too traditional to be satisfying or engaging.

Ironically, Claire McCarthy’s retelling will be too liberal and make Shakespeare purists cry at how much the original language and cadence has been thrown out. But even those not ignorant of Shakespeare will be unsatisfied at the attempt (often poor) to try to make the language authentic to the time period. The dancing and mating rituals may be (somewhat) true to the time period but they take up an enormous of time and accomplish little. 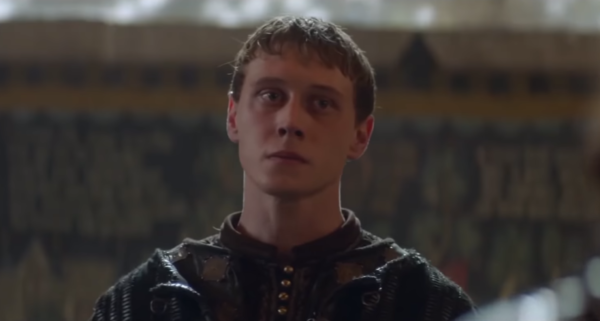 At times, the illicit love affair of Claudius and Queen Gertrude sounds more like Glee than Tom Stoppard. The interjection of supernatural elements also doesn’t feel right. It is unclear if this is McCarthy’s error or screenwriter Semi Chellas’s but neither is aware one of the central issues in the play is whether the supernatural events are real or in Hamlet’s mind. By objectifying the supernatural as continuous with the natural, the film robs the introduction of the magical of any genuine revelation. Shakespeare leaves the issue of how real the supernatural is open to interpretation.

Of course, the big elephant in the room, however, is less that this is film from a female perspective than that this is a (British) film made in a post-Game of Thrones era and shows the tension between fiction that has female agency but is boring and fiction without agency-laden females that is still good fiction.

Unfortunately, that is the dilemma in Ophelia. Since the visual clues are explicitly female-friendly many central twists are already given away. The issues raised from a female perspective may be interesting but if that perspective is too one-sided the audience knows too much what will and will not happen to Ophelia. 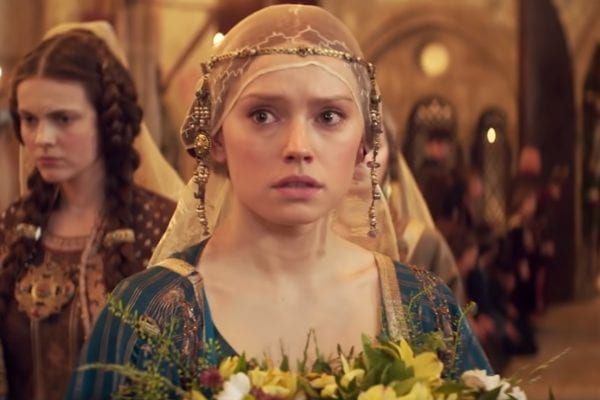 McCarthy is too focused on making sure Ridley’s Ophelia has few flaws it is hard to find any dramatic tension in the ostensive narrative. But it would be wrong to lay all the lack of narrative power on McCarthy or Ridley. Overall, the performances are good yet they are also unfailingly boring or utterly confused. Whatever one thinks of the original Hamlet there was a strong logic as to why and how Hamlet feigns madness and the role it plays in the finale confrontation with Claudius.

McCarthy disrupts the original elements but fails to put elements that would do enough work to engage the audience. There are the usual generous helpings of sensual kissing and sword fights. But to return to Game of Thrones, unless sex and sword fights have enough masterful story-telling to give these elements power and meaning; assuredly a lot plot (and the now requisite) twists are in Ophelia. Liberating a text too much from its time period, however, drains otherwise shocking events like magic witches brewing spells or father-kings stealing kingdoms of their force.

Despite its flaws, though, the film does its intended job well – if with unnecessary plot contrivances. The famous scenes endlessly done are given some interesting re-imaginings. The dialogue, in places, is sharp and witty. But these moments of triumph are few and far between. For the most part, people inexplicably shout dialogue and scenes begin and end without much reason. Even Naomi Watts doing double-duty as a queen and witch can’t save a rather conservative retreading of old material. 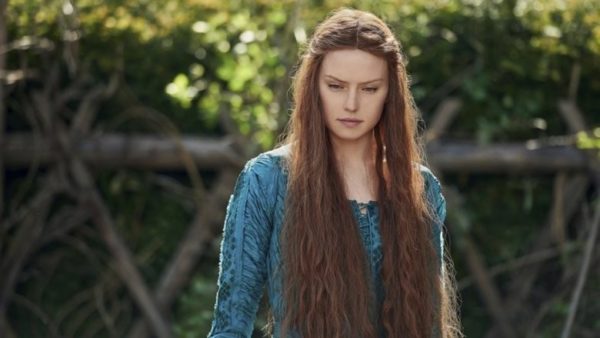 It would also be wrong to overlook the potential that Ophelia offers. Because Shakespeare – almost uniquely – has always been such a political author it is not surprisingly he’s been the place to go to re-imagine who is and is not excluded from the public sphere whether the minorities have been religious (Jews, prominently, given the anti-Semitic overtones of some plays) or sexual (queer readings of Shakespeare were especially strong in the 1990s). The pressure for representation shows just how difficult a good retelling is.

Strangely, among some on the right, this attempt to make Shakespeare more relevant will (allegedly) provide a nightmare of political correctness. If Ophelia is any sign of what is to come with pro-feminist works of art what is more likely to be produced is entertaining if confused preaching than any totalitarian propaganda. Ophelia is a solid effort but suffers as so many recent adaptations from a lack of imagination or genuine engagement and confrontation with Shakespeare’s influential mixing of history and fantasy.