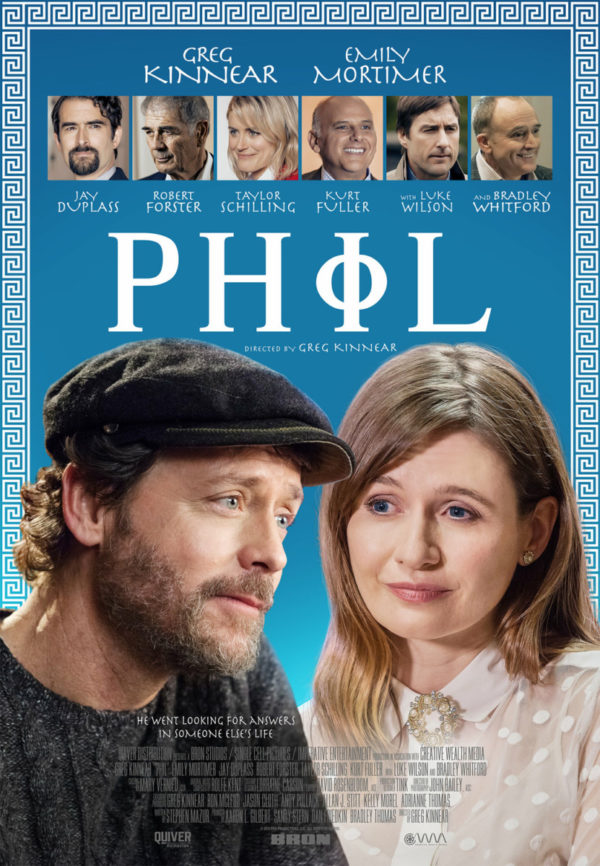 A depressed dentist in mid life crisis tries to learn why one of his happiest patients suddenly commits suicide, and a dark comedic adventure ensues. 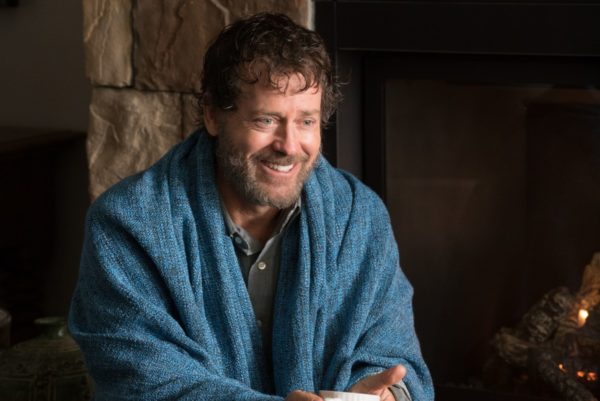 In the opening moments of Phil, the titular depressed dentist played by Greg Kinnear (the well-known comedic presence is also making his directorial debut with this feature) is all set to hurl his body off of an active bridge with the intentions of drowning in the body of water below. He does talk himself out of it (duh, otherwise we wouldn’t have a movie), but not before a group of immature bypassers eggs Phil on to kill himself, excitedly rambling about his likelihood of going viral and becoming infamous. It’s an ugly side of society but one necessary to show in contrast to the actual purpose of the narrative.

Phil has a pretty average life by all measuring sticks; he does respectable work as a dentist, occasionally sees his teenage daughter, is divorced, has a brother he can go to for mental support (Jay Duplass) but in general, leads a fairly normal life. Despite this, he is clearly not all there, which becomes more evident as he develops a stalking fascination with Mr. Fisk (Bradley Whitford), who is not only an intellectual that enjoys waxing philosophy regarding famous Socrates quotes but has the idyllic perfect life; prestigious teaching job, amazing wife, ambitious daughter, luxurious upper-class home, and is financially well-off. Surface level observations can be deceiving though; during one of his shadowing sessions, Mr. Fisk drives out to the woods and hangs himself, much to the shock and horror of Phil. 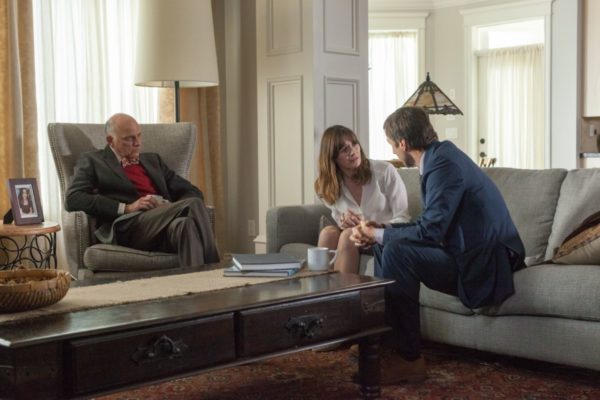 Written by Stephen Mazur (who has not done much of late but has penned recognizable comedies such as Liar Liar and The Little Rascals, the former of which seems to be inspiration for this project’s misguided mainstream humor in the face of serious and dark subject matter), the actual plot already starts coming apart from the beginning; who drives all the way out to the middle of nowhere to commit suicide? It’s the first of numerous contrived plot points and cringe-writing that makes certain characters out to be unbelievably stupid.

Enter Emily Mortimer’s Alicia, the widow to Mr. Fisk who stumbles across Phil waking from a drunken stupor after falling asleep next to the cemetery gravestone. Unsure of how to explain the socially maladjusted situation he has gotten himself into, Phil digs his own hole deeper by assuming the identity of Spearos Papalapadoupalos (a name I have probably butchered trying to spell, but is also purposefully complicated to amusingly benefit Phil’s undercover antics), a good friend from Mr. Fisk’s many summer adventures vacationing in Greece. Fully dedicated to the scam, Greg Kinnear/Phil also adopts a Greek accent and studies the language in his free time (which he learns at a ridiculously fast rate).

The gist is that Phil is consumed by unraveling the mystery of why someone so happy and gifted with pleasures would take his own life, as the answer may contain some wisdom nuggets on how he should deal with his own fractured mental health. Noticing that Mr. Fisk never finished making repairs on the home bathroom, Phil doubles up the ruse by performing those renovations while also sneaking around the house in search of clues pointing to the reasoning behind Mr. Fisk’s suicide. Some of it is funny, but the writing isn’t strong enough to hide the fact that it’s all just a series of misdirections in lieu of the narrative attempting to express something philosophical and predictable about the nature of happiness and depression. I don’t think anyone will be surprised as to where this movie is going, but Greg Kinnear is fine as the anchor holding it together, which is saying a lot considering the ineptitude and dumbness of the supporting characters drags it down far. 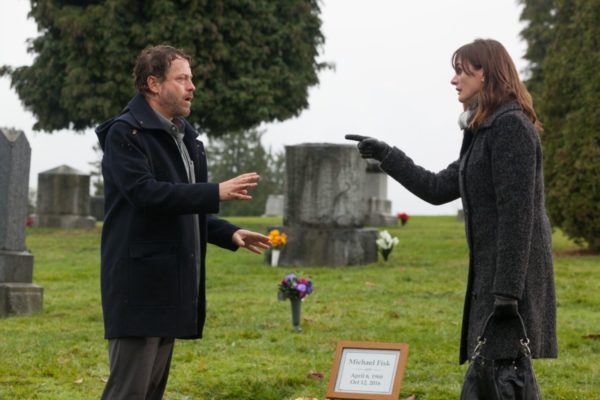 Instead of spending so much time on a lifeless investigation that has no real surprises, it would have done Phil more good to simply further explore the mind of the character and the relationship dynamics between his loved ones. Sure, it fits thematically that someone obsessed with cracking the case behind a suicide of a person he has almost no connection to would begin severely ignoring his own daughter that he is already losing a connection with, but there also needs to be more examination of how his depression and abnormal behavior is affecting the lives of everyone close to him. Phil stops showing up to work entirely, except it’s played off as a joke; no one cares (aside from his assistant that has one really sweet monologue towards the ending) and the negligence to anything remotely important in his life feels inconsequential. That would be fine if the comedy aspects were more than bland impersonations and boring deception.

It’s also far from a horrible directorial debut, more so just one that suffers from tonal dissonance. As a champion of taking mental health concerns seriously, Phil brings up poignant thoughts but fails to say anything of great importance with it due to its comedic commitments that rarely pan out. Greg Kinnear sells the dual personalities well and is serviceable behind the camera, but presents Phil as a simple message movie where the message is obvious from the beginning. It has the premise of a black comedy with head-scratchingly safe humor. Alternatively, you could say it’s like going to the dentist and barely getting drilled into.