Paul Benjamin, best known for portraying one of the three wise Brooklyn “cornermen” in Spike Lee’s Do the Right Thing, has died at the age of 81. 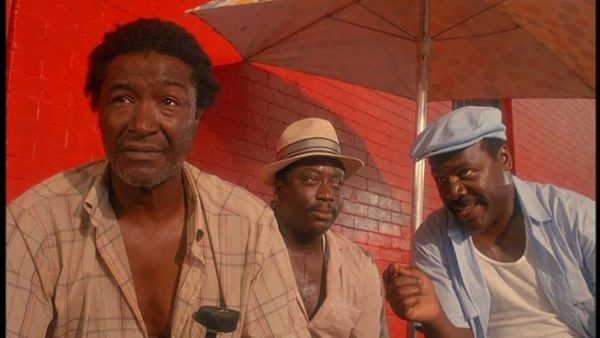 Spike Lee announced that Benjamin died on June 28th via Instagram, no other details of his death were immediately available.

In Do the Right Thing, Paul Benjamin played ML alongside Frankie Faison as Coconut Sid and Robin Harris as Sweet Dick Willie. The trio gathered every day against a brick wall under a beach umbrella and commented on the day’s events.

Benjamin’s passing comes just two days before the 30th anniversary of the seminal film. The movie sent shockwaves through America as well as Hollywood. Not only created a space for “black film” but also launched and elevated the careers of many actors, including Samuel L. Jackson, Martin Lawrence, Rosie Perez, Giancarlo Esposito, and John Turturro

Other noteworthy Paul Benjamin roles included a robber who rips off the mafia in 1972’s Across 110th Street, the embittered prisoner English in Escape From Alcatraz, and Henry, the owner of the model train hobby shop, in 2003’s The Station Agent.