Spider-Man: Far From Home begins the next stage of the MCU and shows Peter having to deal with the responsibility of living in a world without his mentor Tony Stark. Nick Fury needs Spider-Man’s assistance in the film but Fury isn’t too impressed with the young hero according to Samuel L. Jackson.

Speaking to Screen Rant, Jackson spoke about how Fury sees Peter: “I’m assessing him. I respect what Stark said about him, but Tony is Tony and he sees things differently from everybody else. So he tells me this kid is the future, it’s like, ‘Okay, let’s see.’ Well, first of all, he’s ghosting me. So that’s a problem. And second of all, when I do finally get a hold of him, he’s not mature in a way that we need him to be. He’s not taking what I’m saying seriously, in a way, because he seriously wants to be a kid. He’s being clouded by his hormones, which is typical, so I really don’t think he’s ready for the responsibility that Tony tells me he’s ready for.”

SEE ALSO: Jake Gyllenhaal on the challenge of playing Mysterio in Spider-Man: Far From Home

Fans can see for themselves how the relationship between Peter and Fury develops as Far From Home is now in cinemas around the world. 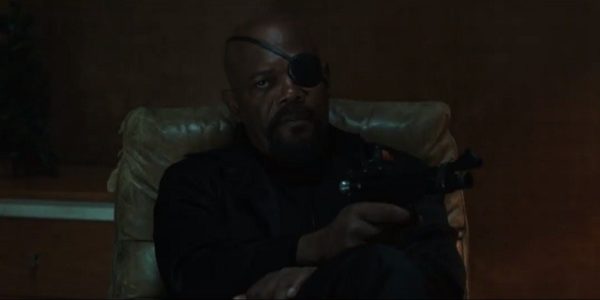