The Walking Dead has certainly packed a number of major shocks and surprises into its pages over the years, and it appears it is going out that way too as writer Robert Kirkman and Image Comics have announced out of the blue that this week’s issue #193 will be its last.

“This is the end of The Walking Dead,” states Kirkman. “That’s it… it’s over… we’re done. I’m sure you have a million questions… and I’m sure you feel as emotional about all this as we do… if not more so. I’m completely willing to bet some of you are angry over this. I get it… I do. I mean… WHY didn’t we announce this so that fans would have some time to prepare? Well… personally… I hate knowing what’s coming. As a fan, I hate it when I realize I’m in the third act of a movie and the story is winding down. I hate that I can count commercial breaks and know I’m nearing the end of a TV show. I hate that you can FEEL when you’re getting to the end of a book, or a graphic novel.”

“The Walking Dead has always been built on surprise,” he continues. “Not knowing what’s going to happen when you turn the page, who’s going to die, how they’re going to die… it’s been ESSENTIAL to the success of this series. It’s been the lifeblood that’s been keeping it going all these years, keeping people engaged. It just felt WRONG and against the very nature of this series not to make the actual end as surprising as all the big deaths… from Shane all the way to Rick…. As I worked to come up with ways to expand the story, none of it felt right. Everything felt like an unnecessary detour… it was, for lack of a better word, filler. The harder I tried to come up with new places to go, the clearer it was to me that this is what this story needed… it needed to end.” 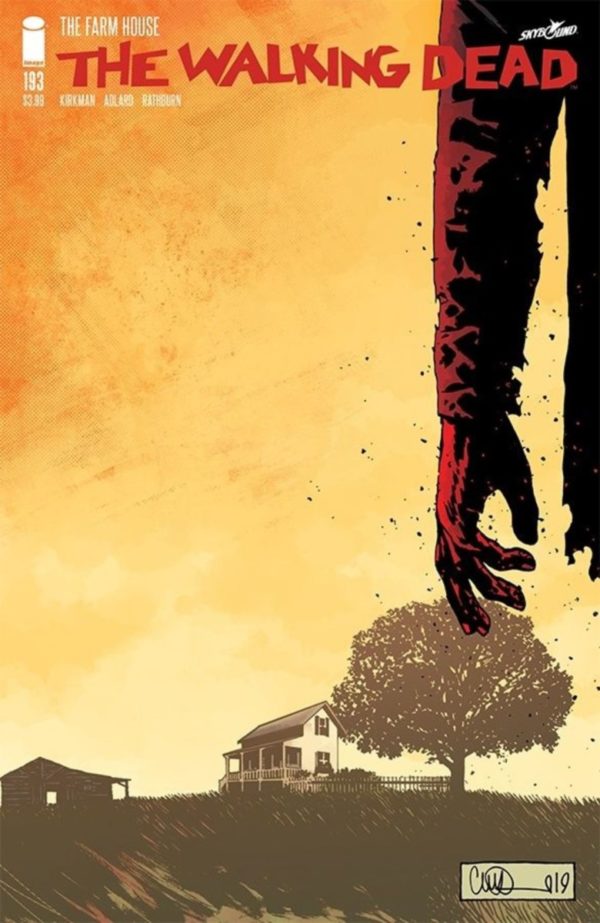 “For a monthly comic book to progress and change the way The Walking Dead has is completely unique, and what’s more impressive is that it has done so for its entire 193-issue run without relaunching or rebooting,” Image Comics Publisher Eric Stephenson tells Bleeding Cool. “Robert Kirkman has told one story and told it well for over 15 years, and while most comics are based on the illusion of change, The Walking Dead has happened in real time – characters have ages from children to adults, they’ve lost limbs, they’ve lost eyes, they’ve lost family members and friends, they’ve died. Not ‘died’ in the nudge, nudge; wink, wink way that Superman, Captain America, and Wolverine ‘died,’ but in as real a manner as can happen in a fictional story. The series is concluding with the same finality and while that will no doubt be disappointing for some, in the big scheme of things, it’s a remarkable achievement for Robert and his collaborators.”

While the comic book series is coming to an end this Wednesday, fans do still have plenty of TWD to look forward to on the small screen as AMC gears up to expand its universe with the launch of  Walking Dead TV movies featuring Andrew Lincoln’s Rick Grimes, as well as a second companion series after Fear the Walking Dead.