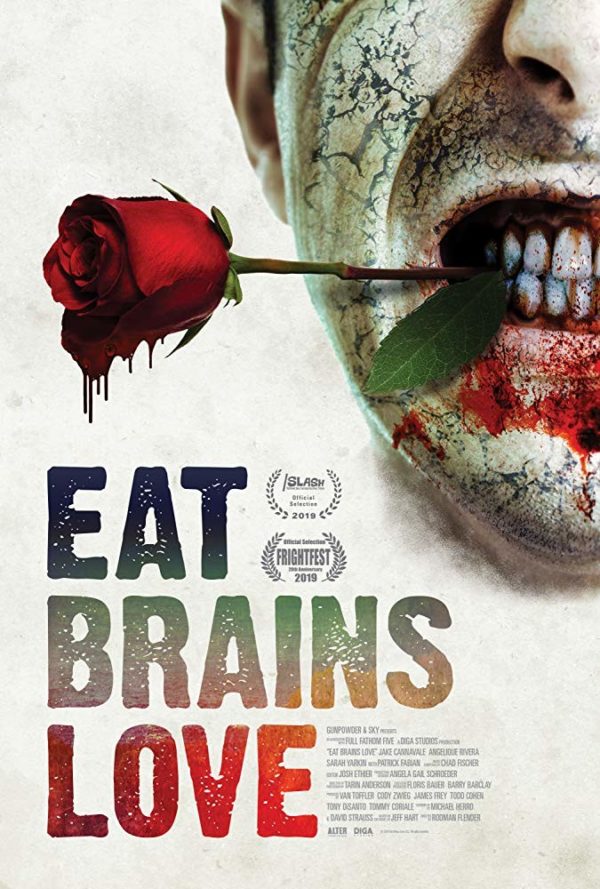 The good news: Jake’s dream girl, Amanda Blake, finally knows his name. The bad news: it is because they both contracted a mysterious zombie virus and devoured the brains of half their senior class. Now Jake and Amanda are on the run from Cass, a teen psychic sent by the government’s top-secret Necrotic Control Division to track them down. 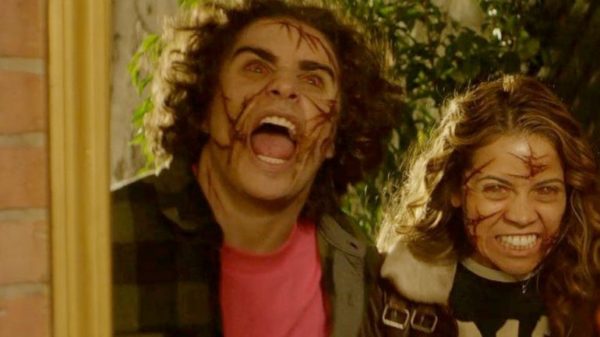 The comedic zombie film has flourished in recent years as diminished returns have overwhelmed serious-minded entries into the genre, and a subgenre of movies has also emerged which depicts the ravenous undead in a sympathetic light – perhaps most famously, Warm Bodies.

Disaffected stoner Jake (Jake Cannavale) is going nowhere fast when, suddenly, he turns rabid and attacks his own friends at school, the result of contracting a zombification virus through sex. He’s not alone, though; his dream girl Amanda (Angelique Rivera) similarly contracted the STD from her cheating boyfriend, and together they soon enough find themselves on the run from the authorities and Cass (Sarah Yarkin), a teen psychic tasked with bringing them in.

For all its undeniable faults, Eat, Brains, Love is an interesting mix of genres, being part-high school comedy, part-romance, part-road movie and, yes, part-zombie film. This “throw everything at the wall” approach ensures nobody could ever accuse it of taking itself or what passes for a plot too seriously, as it dishes up a cheesy throwback to 90s horror-comedy with a slight millennial twist.

The horror genre’s well-rooted sexual panic is out here in abundance, though mercifully stops short of victim-blaming our protagonists or depicting them as hopelessly, fatally over-sexed horndogs. Instead, it is an instigating incident which leaves the “heroes” victimised, on the back foot, and desperately seeking a solution.

But you’ll likely remember the film less for its sex politics – which, with teenage boys drooling over lesbians, do feel a tad retrograde at times – and more for its zippy array of smart-stupid one-liners, and of course, its plentiful bursts of gore. 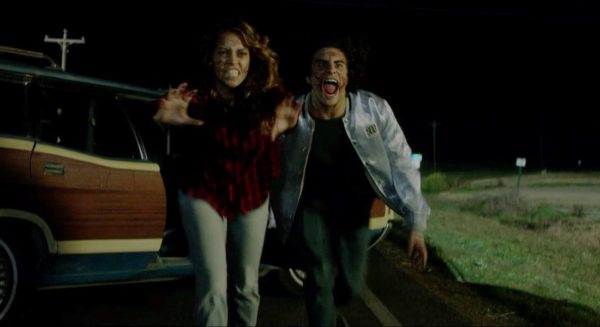 Plot and characters are at almost all times a secondary consideration to the zingers, and even when the jokes miss – which they do – they’re generally gone before they have time to make much of a stink. As for the blood-letting? There are lashings of the red stuff on offer, and even some brutal male genital destruction in the mix for good measure.

It’s all held up by rock solid performances from the young cast; Jake Cannavale, son of Bobby, boasts an easy laid-back charm and decent chemistry with the gorgeous object of his affection, played well by Angelique Rivera, despite the character occasionally slotting a little too rigidly into the typical nerd’s “hot girl” fantasy.

And then we have Sarah Yarkin, who is perfectly cast as Cass – aka “cute Ripley”, as she’s called several times – for despite the psychic subplot feeling relatively perfunctory, she brings an adorable confliction to the part that at least ensures the excess plotting doesn’t irritate too much.

But for sure, the ensuring love triangle is dead narrative weight and ends up feeling like padding in a movie that’s just shy of 90 minutes. Training the focus more strictly on two undead kids taking the road trip of their lives may have made the end result feel a little more holistic and less choppy.

Flender’s overall production is unfussed and perhaps appropriately so, ensuring that much of the film feels as though tugged aggressively straight out of the 90s. But the charms of the two central lovers prevail more often than not, abetted by a script that’s just funny enough to paper over its lazier elements.