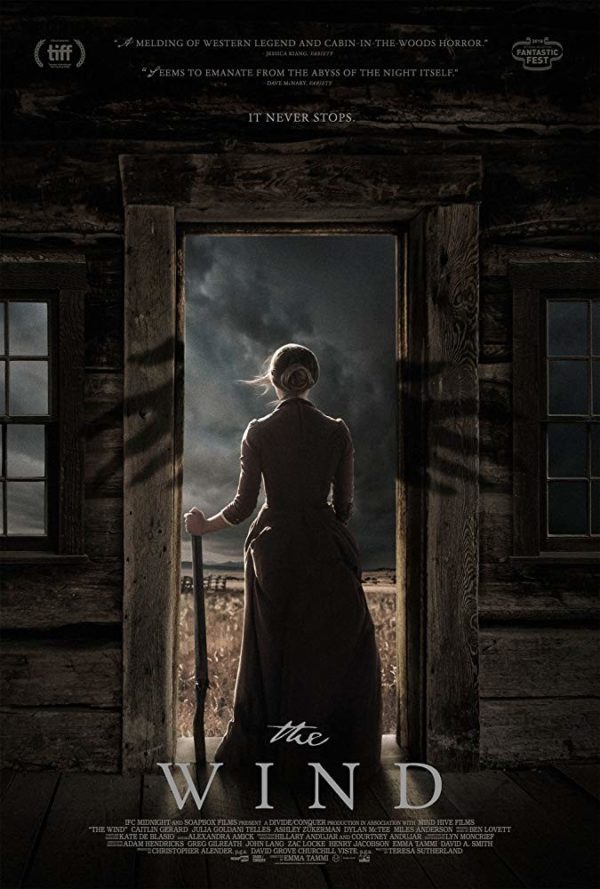 A plains-woman faces the harshness and isolation of the untamed land in the Western frontier of the late 1800s. Director Emma Tammi delivers an uncommonly confident and formally assured debut with a peculiar horror-western that boasts a hot air of feminist steam running through it.

In the late 1800s, Lizzy (Caitlin Gerard) and her husband Isaac (Ashley Zukerman) have made a reasonable life for themselves in the untamed Old West. But alongside the arrival of new neighbours nearby, Lizzy comes to wonder whether the howling wind outside indicates the emergence of a malevolent force – or is she merely a victim of her own ennui?

Tammi pulls no punches from the jump with a deeply haunting opening image, the context of which is mercifully made clear just moments later. Violence and death are natural components of life in such unforgiving terrain, though the question of what’s doing the blood-letting, whether animal or something more sinister, creates a moodily suspenseful tenor throughout. 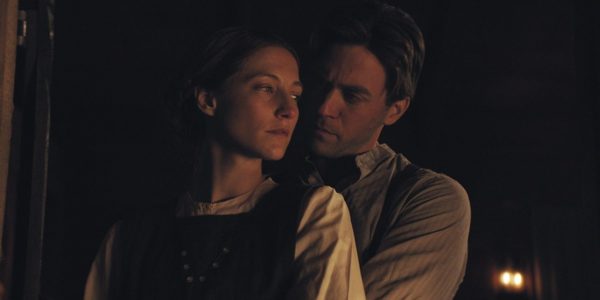 The “Is she crazy or not?” conundrum isn’t exactly a fresh trick for the horror genre, but framed within such a specifically uncommon genre mash-up context, it does prove more compelling than in any number of contemporary haunted house tales.

Surprisingly, Tammi’s film takes a chilly slow-burn approach to her story despite the scant 86-minute runtime, and employing relatively minimal dialogue to boot. While this certainly has the potential to frustrate, it’s a brave gamble that pays off, allowing the horrifying imagery and slow-creeping dread to mostly speak for itself.

The fraught nature of what is effectively a hostage situation becomes increasingly opaque over the course of the film, until something approaching answers are finally provided in the third act, where the film very nearly threatens to unravel.

But The Wind is held aloft at all times by a fantastic performance from Caitlin Gerard, who dominates the screen in every single scene, her expressive face carrying a basket-full of emotions and consequently doing much of the talking that Teresa Sutherland’s script often doesn’t. This isn’t a one-woman show by any means, but the entire film is nevertheless hinged on and elevated by her dynamic work. 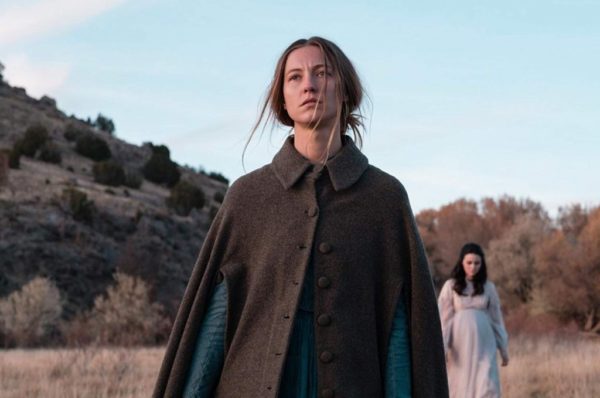 True to its core genre, this is also a beautifully shot film filled to the brim with painterly vistas, not to mention the seemingly requisite visual homages to classic westerns, chiefly John Ford’s The Searchers and its oft-imitated doorway shot.

Dialogue-sparse but atmosphere-rich, The Wind hangs its ominous hat on a marvelously rattled performance from Caitlin Gerard, despite occasionally flirting with a detour into pure genre schlock territory. Smartly, Tammi seems to know when to pull the reins back, even if the payoff is ostensibly the pic’s weakest element.