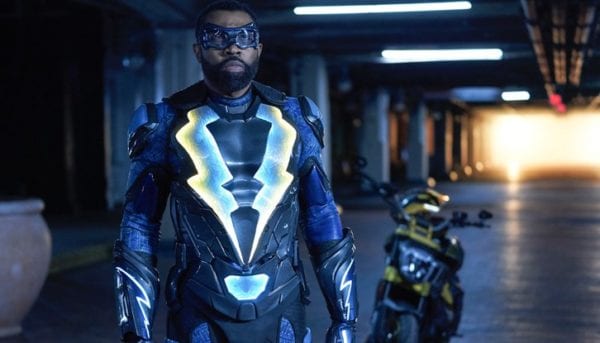 During The CW’s Television Critics Association press tour presentation, the network announced that characters from Black Lightning are set to make their first Arrowverse appearance as part of the upcoming Crisis on Infinite Earths crossover.

“The whole theory of Crisis on Infinite Earths is that alternative universes collapse,” said The CW boss Mark Pedowitz. “This is a DC property. We felt that it might be the right time if [executive producer Salim Akil] was interested in doing it. We had a conversation with Salim, and he said, yes, it made a lot of sense to make the connection at this point. He’s in his own universe. He is doing his own thing. We would not have done it if he had not signed off on it.”

Crisis on Infinite Earths will begin with Supergirl on December 8th, followed by Batwoman on December 9th and The Flash on December 10th before concluding on January 14th with a double bill of Arrow and DC’s Legends of Tomorrow.