We can now officially add another Marvel project to the seemingly never-ending list, with Disney announcing yesterday during its Television Animation panel at D23 that The Disney Channel has officially given a series order to Marvel’s Moon Girl and Devil Dinosaur animated series. 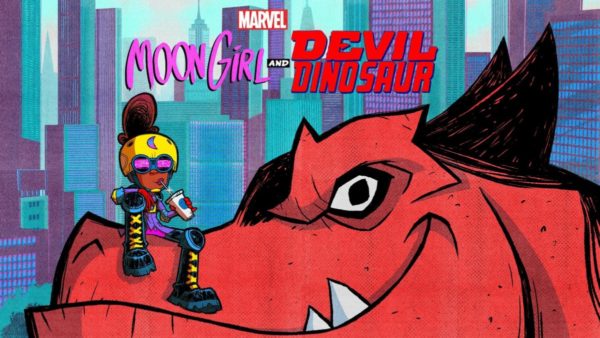 The project was first announced as being in development last year, with Ant-Man and the Wasp star Laurence Fishburne working alongside Helen Sugland (Black-ish) on the adaptation of the comic book title of the same name.

“As an avid comic book fan, I am thrilled to be involved with Marvel’s Moon Girl and Devil Dinosaur,” said Fishburne. “Disney Channel is the perfect platform to explore this pint-sized female African American superhero and I can’t wait for their audience to enjoy the lighthearted adventures of Lunella and Devil Dinosaur.”

“Lunella doesn’t know she is the smartest person on the planet, but audiences will soon know how very cool Moon Girl is,” added Marvel Animation & Family Entertainment’s Cort Lane. “Her adventures with giant buddy, Devil Dinosaur, are filled with so much wonder and joy, and this historic partnership with Disney Television Animation and Cinema Gypsy Productions proved the right formula to bring them to television.”

Moon Girl and Devil Dinosaur follows the adventures of 13-year-old super-genius Lunella Lafayette and her ten-ton T-Rex, Devil Dinosaur. After Lunella accidentally brings Devil Dinosaur into present-day New York City via a time vortex, the duo works together to protect the city’s Lower East Side from danger. 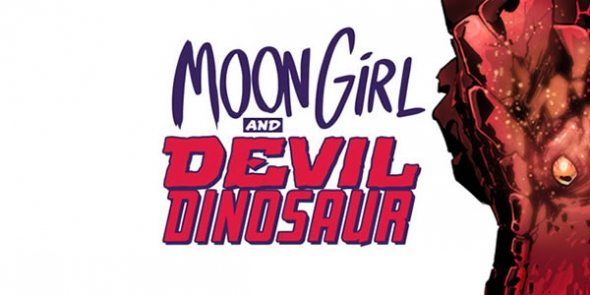