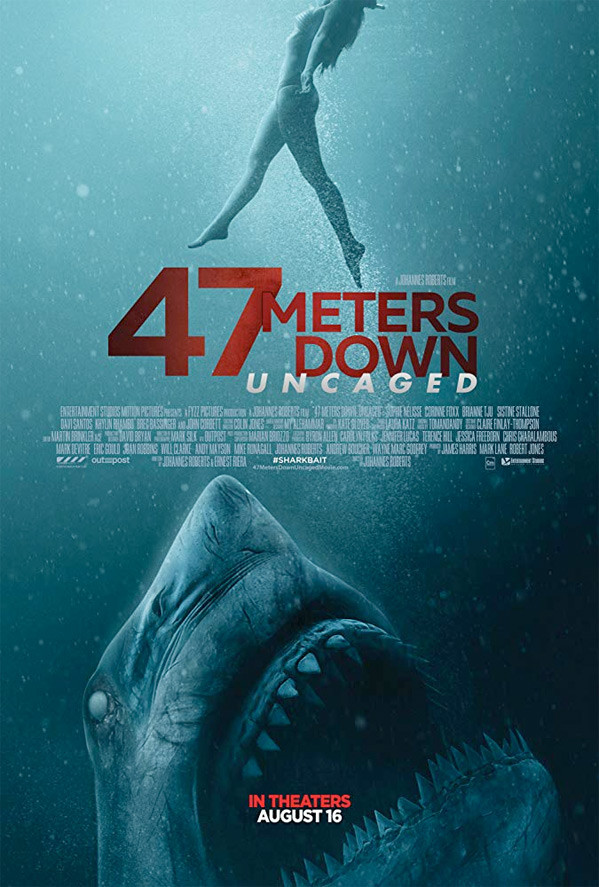 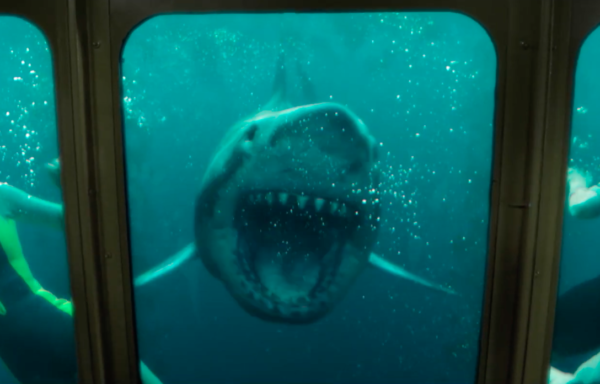 There are inspired sequels and then there are blatant cash grabs hoping for lightning to strike twice. Two summers ago director Johannes Roberts (who also helmed last year’s sequel to The Strangers, another middling project for an overall middling filmmaker) and distributor Entertainment One didn’t even know what they had on their hands releasing 47 Meters Down, a low-budget aquatic horror feature that dipped into trippy psychological head games during its climax. The film itself wasn’t necessarily anything special, but audiences came out in droves ensuring that 47 Meters Down: Uncaged was inevitable. The difference between the two movies is that this time, there is no understanding as to how even the casual moviegoer could have fun this time around.

The set up largely remains the same. Hell, going one step further, it’s essentially the same exact movie but stripped of the few qualities that salvaged its predecessor, while simultaneously adding in a number of other nuisances. It follows two teenage stepsisters living in Mexico that don’t look out for one another at the nearby high school that is apparently run by bullies. Mia (Sophie Nélisse) receives most of their torture, being shoved into the school swimming pool while in uniform, which also doubles as a nifty way to display the blood-red title graphic. Sasha (Jamie Foxx’s daughter, Corinne Foxx) is the cooler and more popular of the two, as her other two friends convince their group to ditch a great white shark boat tour (Mia and Sasha were set to go by their father who is unable to spend time with them over the weekend as he is exploring an underwater Mayan city) to head out to a secluded area perfect for diving and swimming. As fate would have it, that same underwater Mayan city is right nearby, as are a plethora of great white sharks that, this time, have heightened senses due to some ridiculous and rushed explanation of evolution. 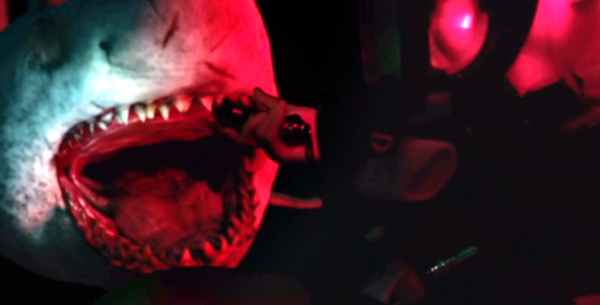 At least there is consistency with the characters in both of these movies being utterly stupid, with their series of bad decisions leading up to becoming trapped by bloodthirsty creatures making you want them to meet their demise more than anything. However, the four teenagers here are grating; listening to them is like nails on a chalkboard. Not only are they all horrendous actors, but there is also laughably bad dialogue such as one character saying “your ass is too big to fit through there” while the other replies “at least I have an ass”. Another girl is startled by a blind fish, knocking over a bunch of underwater city columns that causes a chain reaction of negative consequences, sharks emerging and all. The sisters in the first film were capable of growing on viewers to an extent and also had some degree of maturity, while the twist ending certainly helped raised the likability of the movie, whereas 47 Meters Down: Uncaged is four annoyingly interchangeable teenagers in scuba diving gear. The sad part is that it’s a movie with diverse casting that somehow relegates everyone to the same exact personality and character.

They are fodder for the sharks; I know, I get it. That also doesn’t matter considering the movie barely has any suspense or tension. Watching these girls swim for minutes on end just pumps up the running time of a movie that already barely reaches 90 minutes, wasting time. There’s also the frustration that the entire second act, which does take place underwater surrounded by ruins, is nearly impossible to decipher during chaotic and violent sequences. The production design itself is worthy of compliments, but it’s hard to care or cheer on someone’s death when one can barely see anything. 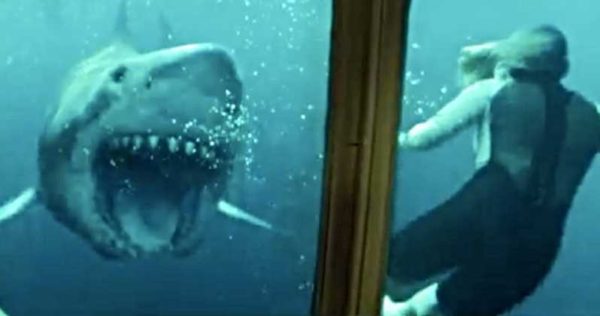 Admittedly, the final stretch does fare better, and not just because much of the gear comes off meaning it becomes possible to tell characters apart from one another. For whatever reason, director Johannes Roberts embraces all-out silliness throwing logic out the window for the final showdown. Remember how around this time last year we were waiting to see Jason Statham punch a shark? Well, you get that here; it’s ludicrous yet highly entertaining stupidity that probably should have made for the film’s entire tone. For a movie I loathed watching for roughly an hour, the closing 30 minutes come close to redeeming it. The same could be said for the first entry’s pacing. They sure do have a lot in common, most notably that they come up short on being good. The characters may not be going down any deeper for the sequel, but the quality sure did, and it was already low.