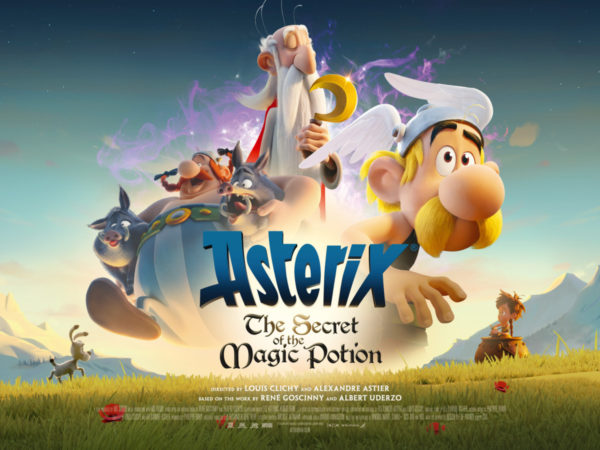 When the village druid decides it is time for him to choose a successor, Asterix and Obelix join him on his journey to find an heir, but an evil sorcerer spots this as an opportunity to make his move. 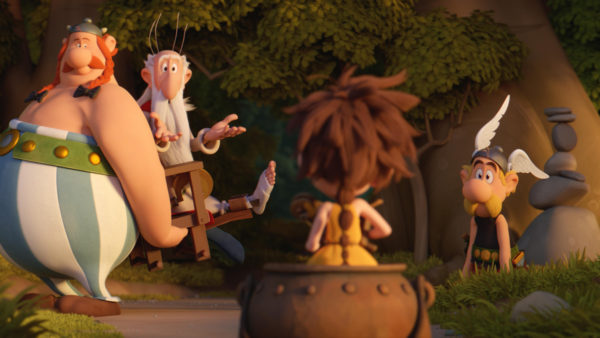 Your dad probably really liked Asterix. In fact, the French comic book hero has been around for so long that your grandfather might have read the stories too. Asterix: The Secret of the Magic Potion is a semi-amiable attempt to bring the character to life for a whole new generation, via the medium of generic computer animation. It’s the same as every other film for kids that has hit cinemas over this rather interminable summer, so the youngsters will probably have a decent time.

Asterix (Ken Kramer) and Obelix (C. Ernst Harth) take a break from their role as protectors of the village to accompany druid Getafix (John Innes) on a journey. Getafix is responsible for brewing the magic potion which helps the villagers fight off Roman invaders – led by a guy whose name sounds like Tom Cruise, because comedy – but he’s getting old and needs to choose a successor. The evil sorcerer Demonix (Michael Shepherd) decides this is an ideal time for him to resurface and enact a nefarious plot.

This is an entirely generic kiddie adventure that, although colourful, is sorely lacking in anything in the way of depth or excitement. It’s a broadly inoffensive tale with some enjoyable characters – the druids party hard – and enough slapstick to make it at least mildly watchable. Oddly, though, the supposedly heroic Asterix barely makes an impact on the narrative at all, which means this seems unlikely to be the film that creates a new generation of kids who are obsessed with the moustachioed warrior. 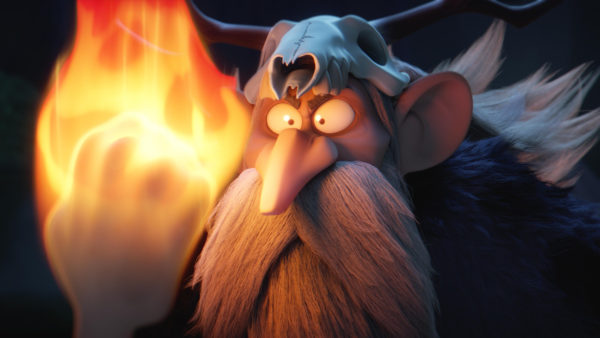 In an era that many would consider to be a golden age for animated cinema, Asterix sticks out as being decidedly unimaginative. This is a world painted in black and white morality, where a character’s righteousness, or lack thereof, can be discerned immediately based on the shape of their nose. There’s nothing that’s particularly surprising about the story, other than its supposed hero’s repeated absence.

It’s often unclear where Asterix is trying to position itself. On the one hand, the audience familiar with the character is older, and therefore likely to enjoy some of the musical choices – ‘You Spin Me Round’ by Dead or Alive pops up more than once. On screen, however, the action skews very young indeed and is likely so infantile that even devotees of Disney, Pixar and the Angry Birds ilk of animated fare will turn the other way.

But none of that is to say that Asterix: The Secret of the Magic Potion is an entirely unpleasant experience. It’s simply a slightly dull, but ultimately likeable, animated tale that will probably do its job in keeping the kids quiet in the dying days of the summer holidays. 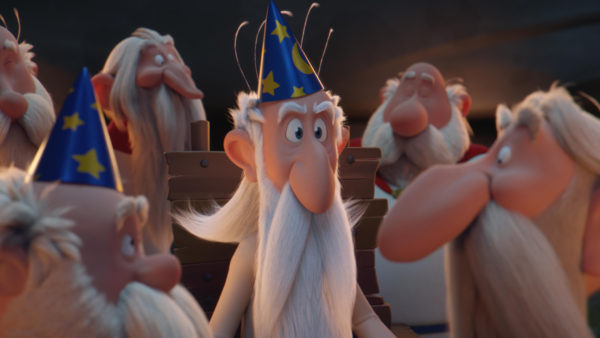