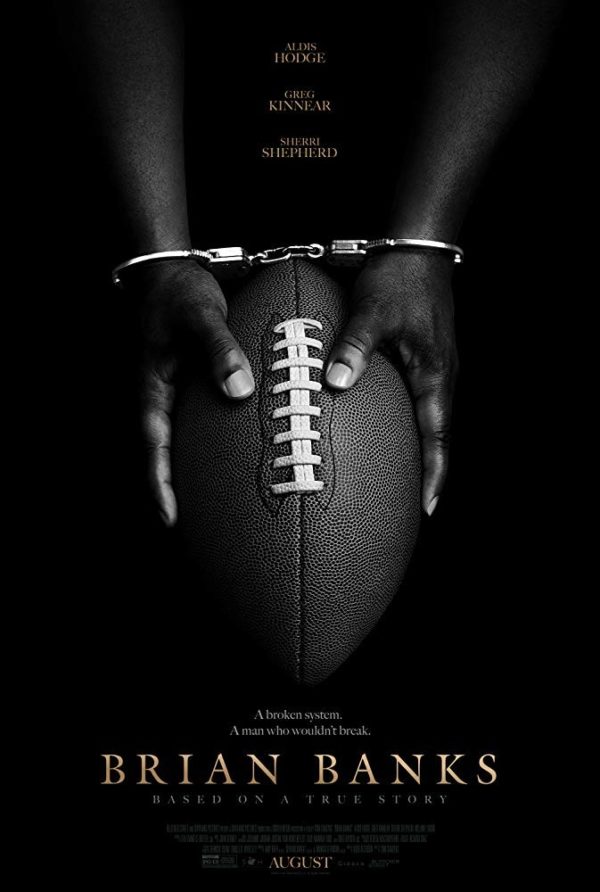 A football player’s dreams to play in the NFL are halted when he is wrongly convicted and sent to prison. Years later, he fights to clear his name within an unjust system. 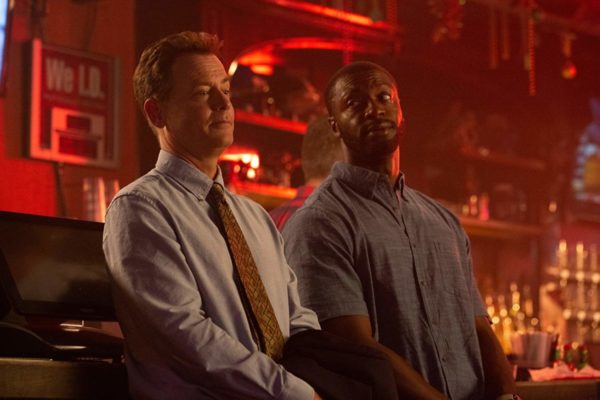 Wisely, Brian Banks begins immediately following the decade-long wrongful imprisonment sentence that derailed the titular real-life figure’s likelihood of becoming a star in the NFL. Unfortunately, the film still finds time to show us superfluous details like what really happened and how solitary confinement was both punishment and therapeutic for Brian (there is even a mentor played by an uncredited Morgan Freeman giving spiritual advice). None of this would be a problem if the segments didn’t feel like exposition dumps more than anything, but at the very least the acting is strong throughout, led by an expressive Aldis Hodge giving Brian’s fight for justice and his dreams back the indomitable spirit the narrative needs to work.

For those not in the know, Brian Banks was one of the hottest and most scouted football propositions at the young age of 16 in high school, so much so that major journalists were lining up to talk to him. His talent was unprecedented for high school football, meaning it was a foregone conclusion that he would one day go on to play for a well-respected professional team. Things took a bit of a turn though when he was falsely accused of rape by his then-girlfriend Kennisha (Xosha Roquemore, who is arguably the MVP of the movie, bringing an immature streak of selfishness and poor decisions making to one of the most unlikable characters you will ever see on screen all year) after feeling somewhat embarrassed after Brian couldn’t go through with making out inside of the infamous high school sex bathroom, promptly ditching her. Kennisha cried rape and the trial was anything but thoroughly investigated and fair. 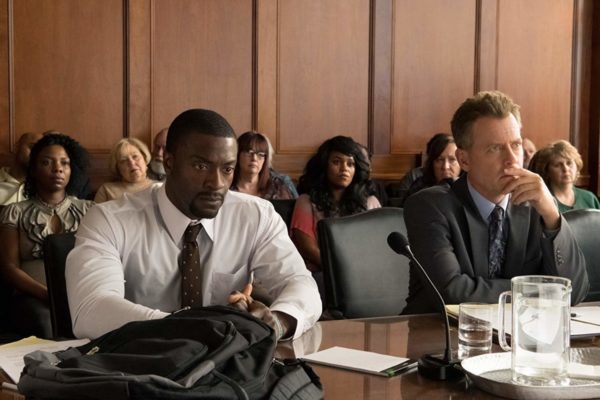 Now, this could be considered a regressive and dangerous story to tell in this current political climate, except it’s not. If anything, Brian Banks (the person in the movie) serves as a pertinent reminder that as much as we want to believe all women or every accusation of sexual assault, innocent until proven guilty still matters, especially for a justice system that is already broken. It’s not going to invalidate any of the real stories of sexual assault, instead simply shining a light on an ugly part of society that has no conscious or self-awareness regarding the consequences of their despicable lies. Yes, Kennisha was also young (15, one year younger than Brian) and conflicted about what just happened (Brian wasn’t even leaving her for a bad reason, seeming like he genuinely wanted to spark intimacy during a more romantic place than a secluded bathroom), but it’s also comically sickening witnessing her terrified to do the right thing even as an adult, consistently making baffling excuses and generally uttering ridiculous things that show she might as well be 15 still.

The less engaging portions of the movie pair Brian with Justin Brooks (Greg Kinnear) who runs an organization committed to righting the wrongs of those falsely imprisoned within California. Justin has become jaded performing this nonprofit work, even if he actually says he’s not. He knows how the rulebook works for the justice system, he knows what they want to hear, and he knows what is and isn’t a waste of time to move forward, but somewhere along the way, he does seem to have lost that fire. Not necessarily the fire for the bigger picture of his mission, but it’s clear he feels defeated too easily. Naturally, Brian is the more hopeful of the two, juxtaposing Justin’s cynicism with optimism. It makes for the kind of uplifting film that you would expect to come from Tom Shadyac (the creator of Bruce Almighty and director of the classic Jim Carrey comedy Liar Liar). 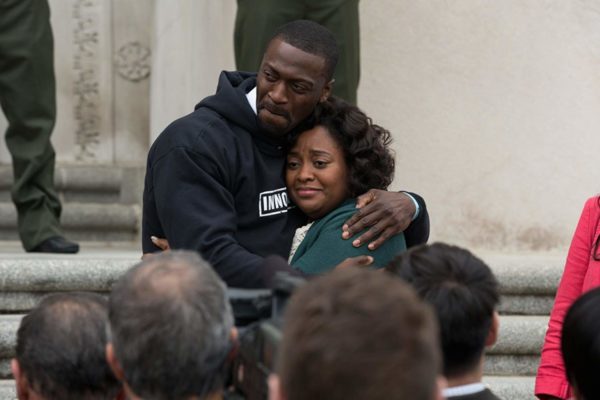 Brian Banks springs along with inspirational momentum thanks to the central performances and a somewhat annoying soundtrack playing equally optimistic hip-hop songs every few minutes, but there’s no denying its formulaic nature. Also, I don’t claim to know much about the real Brian Banks, but there is a disjointed romantic subplot between Brian and a personal trainer/artist that sees the good in him despite technically being a sex offender looking to clear his name before his parole is up. It’s unnecessary and doesn’t really add much to the plot; we know he’s innocent so we don’t really need to see how Brian actually treats women. The side story just distracts from the urgency of finding new evidence and bringing the truth to the public.

Essentially, what’s here is a story that deserves to be told, only not with such sanitization and feel good presentation. By the end of the film, it’s more than clear that Brian Banks is an extraordinary person that overcame mountainous obstacles to achieve his dream, only the journey getting to the happy ending is ordinary. Fans of football will obviously get more out of it and are definitely recommended to check it out, while the rest can sit this biopic out.