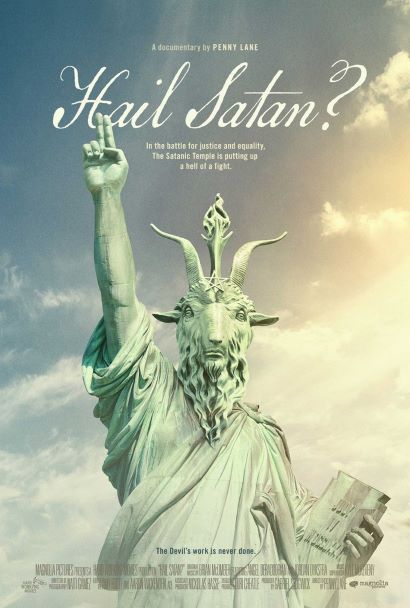 A feature documentary looking at the quick rise and influence of the controversial religious group known as The Satanic Temple. 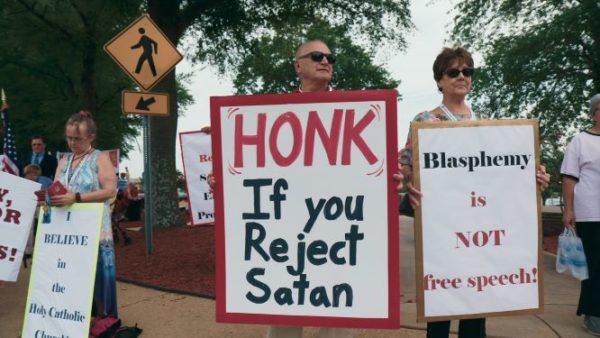 The division between church and state, and religion and politics, is seen by many as a key cornerstone in the foundation of democracy. When you have government policies and state decisions influenced by religious affiliations, there’s bound to be confusion and room for abuse of power. The need to keep the distinctions between the two concepts absolutely clear is at the heart of this entertaining and provocative documentary.

Focusing on the non-theistic religious and activist group The Satanic Temple (TST) as they strive towards a greater understanding of their work and promotion of advocacy for social justice and religious freedoms, Hail Satan? brings an energetic intelligence to questions of identity and society. Probing far deeper into America’s history of belief and religious freedoms than might have been expected, the film presents TST’s arguments as a pretty rational approach to take. 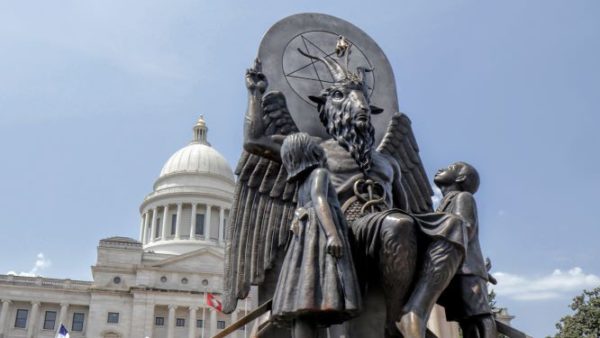 Central to TST’s modus operandi is the use of high-impact pranks to make a serious political point. Constructing a large scale statue of the deity Baphomet and placing it on the steps of an Oklahoma Government building just next to a Christian monument to the Ten Commandments is a stunt the film hinges on visually.

Pointing out the ridiculousness of a State building effectively promoting Christianity, the action creates real debate and a recognition of  religious freedoms. As the film documents, rather than sharing space with Baphomet, the state is forced to remove the Bible touting marker from the area.

In the production notes, director Penny Lane (Nuts!, Our Nixon) admits that she came to the project supposing Satanists to being a bunch of devil-worshiping fanatics intent on doing evil. During the course of the film, she and the audience discover that the group have been successful mainly because they connect people to the source of community without undue fear of judgement. 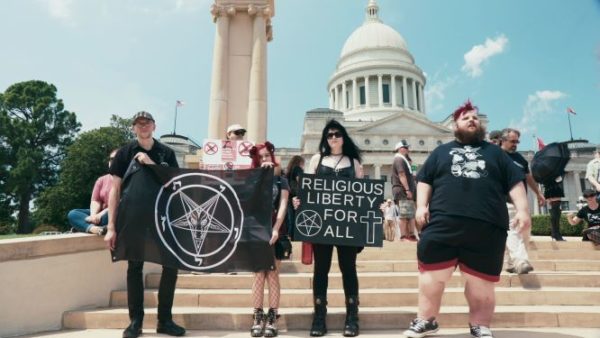 The main guide through this amusingly chaotic tale of protest and activism is the group’s co-founder and spokesperson Lucien Greaves. Greaves comes across as someone fond of a dark joke, while also being completely sincere in the TST’s activities. He presents the fundamentals of what Satanism means to him with a discussion of the groups’s Seven Tenets; a thoroughly modern and socially conscious set of directives to consider.

A wickedly entertaining and memorable feature doc, Hail Satan? is a smart look at the nature of belief and how long held notions can be challenged and, as was the case with the filmmaker and probably many audiences, completely reversed.