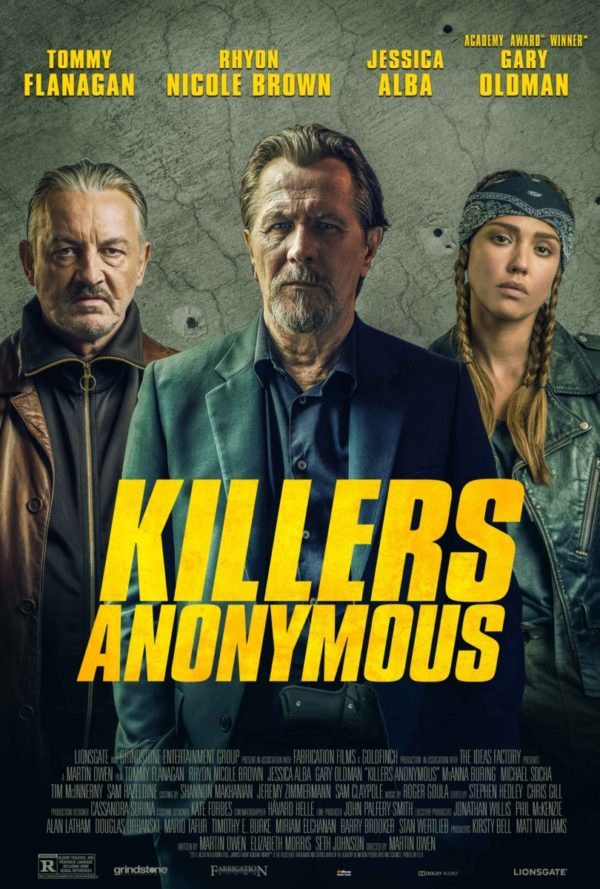 A group of assassins gather for an impromptu meeting of their support group for killers, following an attempted hit on a high-profile US senator. 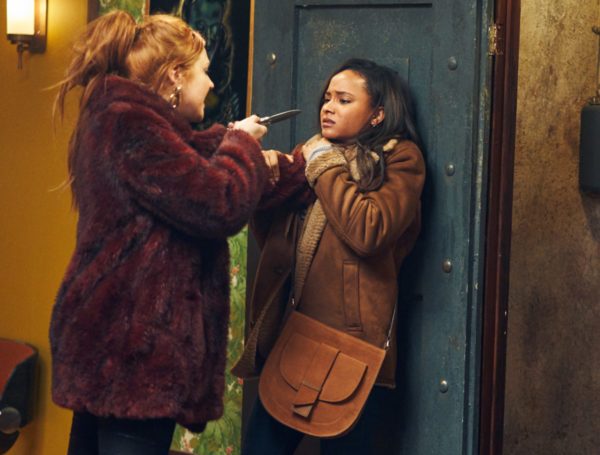 The one thing that Killers Anonymous immediately has in its favour is the best ever use of an “Academy Award Winner” credit on its poster. If there’s an obvious benefit to Gary Oldman’s Oscar win for playing Winston Churchill in Darkest Hour, it’s the veneer of class it adds to the marketing for the array of pile-em-high-sell-em-cheap shlock actioners Oldman still insists on making. Killer Anonymous isn’t the worst of these films, but it’s also one that completely falls apart when it is asked to explain what on Earth is going on.

Firstly, it’s worth pointing out that Killers Anonymous pulls a standard bargain bin DVD trick, in that it puts stars on the marquee regardless of how minor their appearances are. Gary Oldman spends much of this film sipping wine while watching events from afar, like Lena Headey in the eighth season of Game of Thrones, while Jessica Alba appears in a handful of early scenes and then disappears from the story. 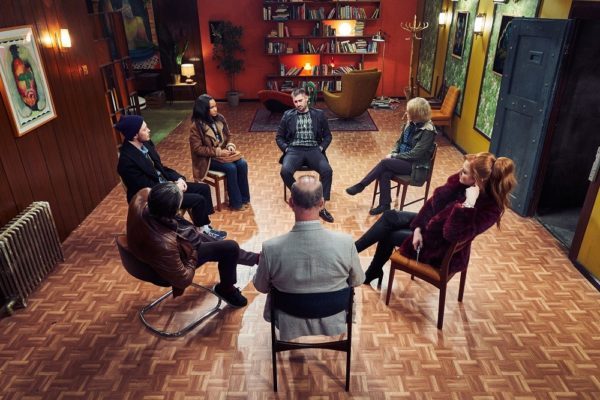 The main storyline, confined largely to a single location, follows a support group of hitmen, seeking to talk through their love of murder with others who can’t seem to stop killing. Their leader Joanna (MyAnna Buring) calls an impromptu meeting of the London chapter, on the day in which high-flying politician Senator Kyle (Sam Hazeldine) has been subject to a botched assassination attempt. As the group convene to work out why they have been invited there, they begin to question Alice (Rhyon Nicole Brown) – a newcomer at the meeting.

In its opening scenes, Killers Anonymous does a solid job as a sort of sub-Tarantino action tale, with Oldman and Alba sharing a fun, spiky dialogue scene that suits the former particularly well. The actors playing the group members, too, are able to shine as they reveal their criminal histories, with This Is England star Michael Socha a particular standout as arguably the most sensitive member of the group and comedy stalwart Tim McInnerny embodying a genuinely sinister doctor who relishes the precise moment of death. 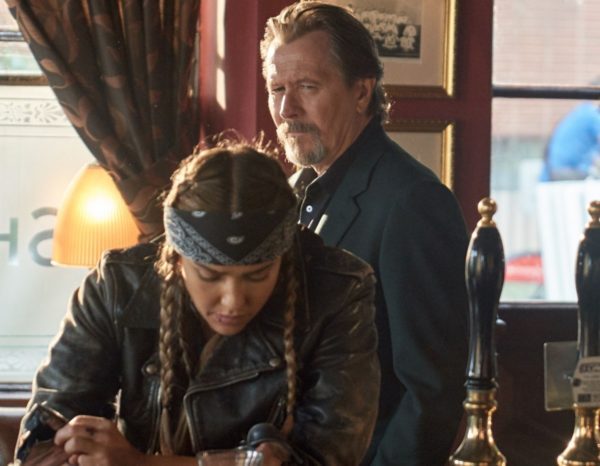 The problems arise when the narrative starts to kick into gear. Co-written by director Martin Owen, star Elizabeth Morris and Seth Johnson, the script is strong when it focuses on character and on what are essentially monologues about murder. However, it falls apart entirely when the necessities of plot intrude. Killers Anonymous piles on twists, reversals and character swerves with such intensity that, by the time you’ve worked out whether the first one makes sense, three more have already happened and nothing that came beforehand matters. The side effect of this is that any narrative intrigue has evaporated well before the credits roll.

In fact, it feels as if the film simply lacks the courage of its convictions. The third act journey into violence feels tacked on, as if servicing an audience who will – not unreasonably – come to a film called Killers Anonymous expecting a liberal dose of bloodshed. This is a different sort of movie, though, and it benefits from its restraint for much of the running time to the extent that it’s disappointing when the climax guides the story into more generic territory. 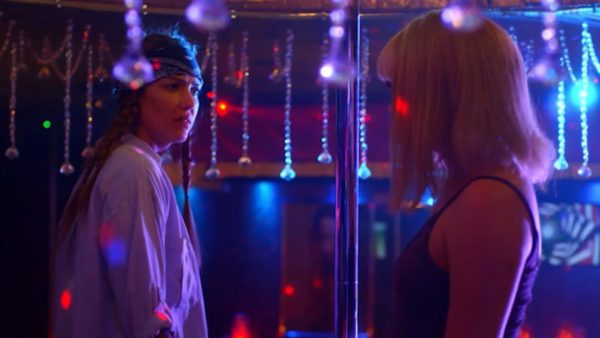 So it’s fair to say that Killers Anonymous is something of a mixed bag. It’s not the Poundland Lock Stock nonsense that its marketing suggests, but nor is it something more interesting than that. There’s not enough gunfire and silliness to keep the Netflix, beer and pizza crowd happy, but nor is there enough depth beneath the surface to make this an action movie that rewards viewers willing to engage with the material. The performances are solid and there are moments of sparkle, but it eventually gets bogged down in so much nonsense that Oldman’s strategy of half-watching while downing booze feels like the best possible policy.